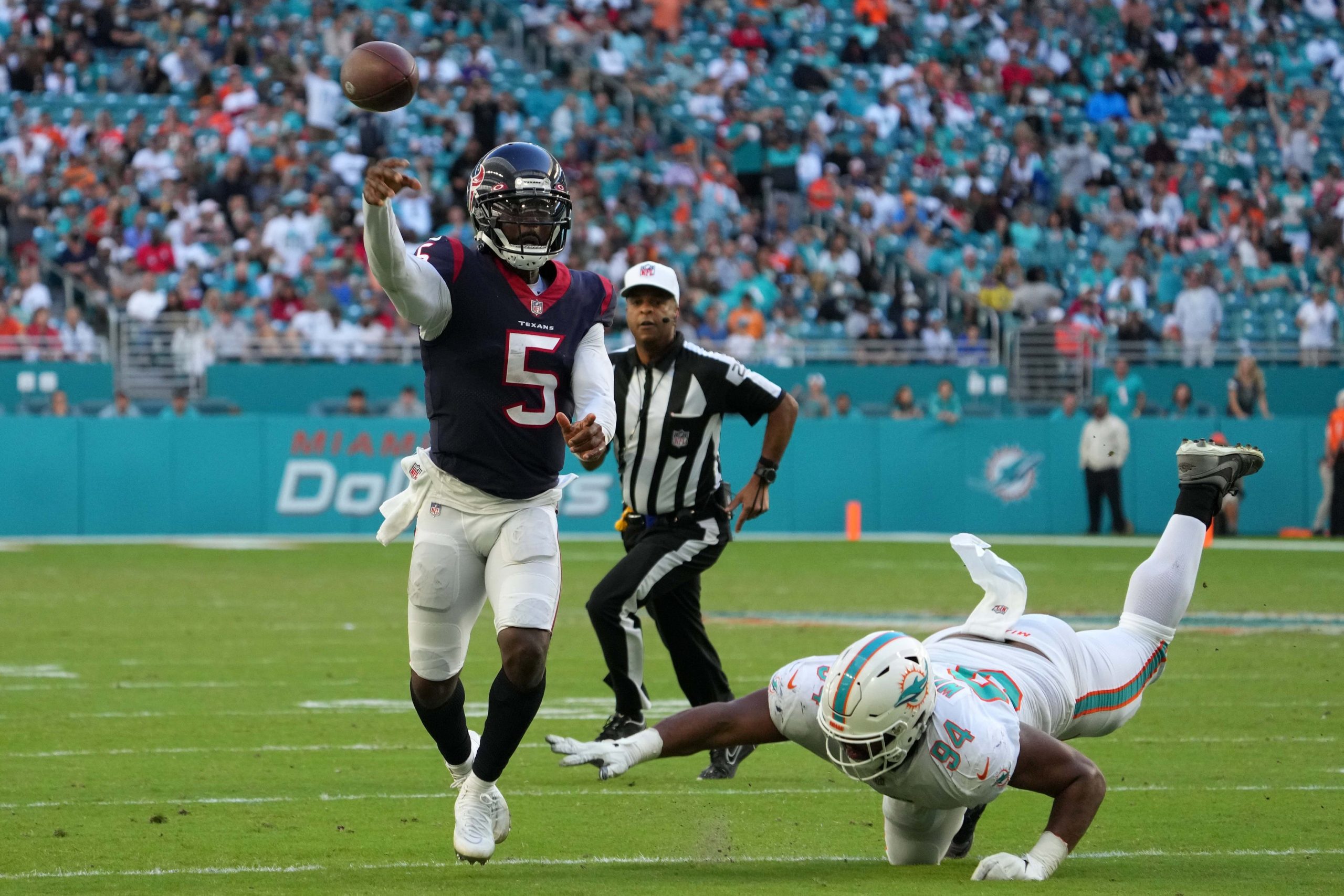 There’s no stopping the Titans right now and the AFC leaders can make it seven straights when they face divisional rivals the Houston Texans at home on Sunday. Beating a 1-8 Texans team should be a walk in the park for Tennessee after five straight games against teams that made the playoff last year but as the NFL has taught us over the last two weeks, expect the unexpected.

The Texans haven’t won since Week 1 but return from their bye week significantly healthier and no doubt eager to put a dent in the Titans’ season. Can Houston become the latest double-digit underdog to pull off the upset? You’ll need to read our full preview of Houston Texans vs Tennessee Titans to find that out.

Here, we are dealing exclusively in same game parlays and below you can check out our reasoning for each leg of our threefold selection for this AFC South showdown.

We all knew the Titans offense ran through Derrick Henry and shouldn’t be surprised to see that unit taken a couple of steps backwards since losing the league’s leading rusher to a foot injury.

Tennessee has been out-gained in its two games without Henry against the Rams and Saints by at least 100 yards with the ground game virtually no existent, managing just 66 and 69 yards in those two outings. Julio Jones might not have produced the goods for the Titans this year but his latest injury setback means defenses free to double up on AJ Brown, leaving Tennessee short of explosive play makers.

Ryan Tannehill is also playing more conservatively and doesn’t look like breaking out of his funk anytime soon. The Texans defense has been the strength of the team this year and ranks 17th in DVOA, easily outperforming an offense that is dead last in DVOA.

Houston has scored a combined total of 17 points in its last four road games, helping the under cash in each outing. The under is king in Texans’ game and expect it to stay that way while the Titans offense is out of sorts.

Tyrod Taylor returned from a hamstring injury in the Texans’ last outing against the Dolphins and by his own admission had a bad game, posting a 42.8 quarterback rating. He threw 3 interceptions, which is unusual for the veteran quarterback having gone the prior eight games without a pick.

Despite his underwhelming showing, Taylor’s passing yards prop did cash as he threw for 240 yards in total and there’s a good chance it goes over again on Sunday. Taylor will likely be forced to throw the ball due Houston’s inability to run it — the Texans are averaging 75.8 yards per game, while the Titans are a top-10 run defense. While Tennessee is strong against the run, it struggles in pass coverage — allowing 267.9 yards per game. The Saints piled up such 287 yards last week.

With Henry and Jones out, the running game getting bogged down and AJ Brown in double coverage, Tannehill has had to find a new crutch to lean on these last two weeks. Marcus Johnson is the man profiting from the opening in the Titans offense, registering the most targets in the Week 10 win over the Saints.

Johnson turned those targets into five catches for 100 yards and with the Titans offense lacking even more bodies this week with Geoff Swaim ruled out because of a concussion, Johnson’s role could be expanded further. Johnson is yet to score a touchdown this year but should get a few opportunities against a Texans defense that has given up 8 TDs to wide receivers this year.