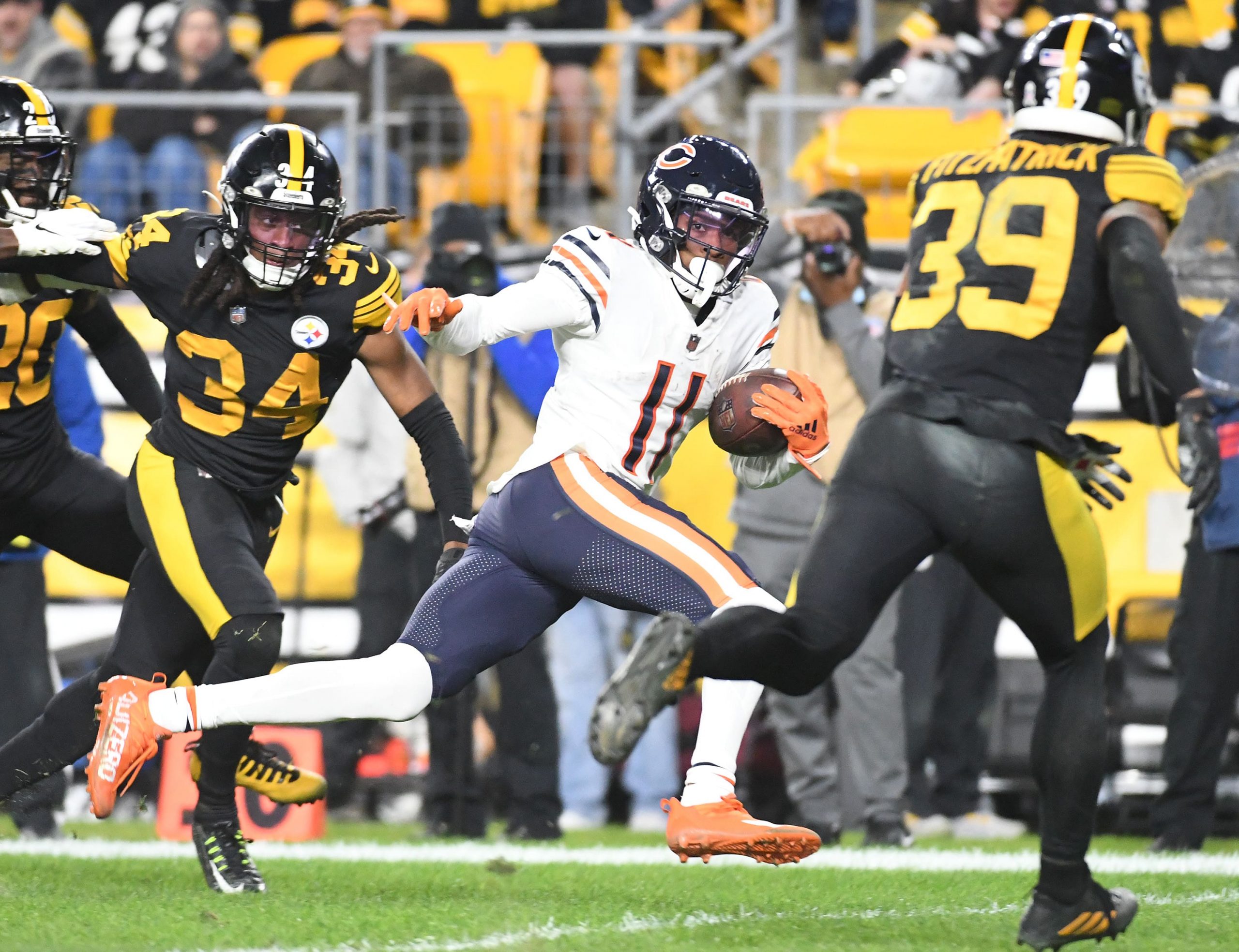 The Baltimore Ravens and Chicago Bears have both had more than a week to prepare for this game, but both have plenty of injury issues heading into their clash at Soldier Field on Sunday.

Baltimore is on a recovery mission following a bad loss to Miami on Thursday Night Football in Week 10, which would have been a useful win to have in the tight AFC North battle. The Bears’ issues are worse, with star defender Khalil Mack set to miss the rest of the season with a foot injury, DT Akiem Hicks ruled out of this game, and wide receiver Allen Robinson (hamstring) doubtful for Sunday.

This 1:00 pm ET CBS game should still be fiercely contested, and we have put together a 4-leg same game parlay for it — which pays +1533 odds with FanDuel Sportsbook.

The loss of Mack has seen the Ravens -5.5 line move to -6, but it’s a price worth paying with the home team missing their best player. The Bears have lost 4 games in a row even though it seems they’ve been quietly improving as Justin Fields gets more experience as their starting quarterback. That losing run doesn’t seem that bad when you consider the losses came to some strong teams in the Packers, Buccaneers, 49ers and Steelers, but it’s not getting any easier for them as they return from their bye week against a 6-3 Baltimore Ravens team with a point to prove. The Bears don’t get as much of a rest advantage as most teams do after their bye, either, as the Ravens are on a mini-bye themselves having had 10 days to stew over their awful loss in Miami.

The Ravens are strong at stopping the run, ranking 4th in the league in rushing yards allowed, while Chicago depends on its ground game — which was boosted by the return of RB David Montgomery prior to its bye. Baltimore remains susceptible to the pass, and despite Fields’ progress that is not what the Bears are about. Ravens head coach John Harbaugh admitted he didn’t have his team ready to play against Miami on a short week, so he will be extra motivated to get it right this time. The Ravens beat the Broncos, Colts, and Chargers all by at least 6 points before their recent wobble and can add the Bears to that list.

The Ravens have had 5 of their 9 games this season go over the total, but 6 of the Bears’ 9 games have gone under. A lower-scoring contest looks likely at Soldier Field. Both teams want to run and both defenses should have some success trying to stop that happening, with the Ravens likely to prove much more successful. This shapes up to be a physical, defensive battle with a lack of quick-hit scoring and maybe more field goals than highlight plays. Take the under.

Where we are getting a nice odds boost on this parlay is the contrary nature of these last two legs. While we are taking the Ravens to win comfortably, we are adding the over of two Bears receivers. That can still work out, though, as Darnell Mooney and Cole Kmet between them should soak up a high percentage of Fields’ targets if Robinson is out of the game. If Montgomery — as expected — finds it hard to gain yardage on the ground, passes to Mooney and Kmet should be Fields’ main outlets. Mooney leads the Bears with 450 receiving yards, so this line is bang on his average for the season; he looks set to play a more important role this week.

Kmet is really having a breakout season for the Bears, despite their offensive struggles this year. After a slow start with just 10 receptions in their first 5 games, the tight end has had 18 in the last 4 — posting for a career-high total of 87 yards when grabbing 6 of his 8 targets in the narrow loss to Pittsburgh last time out. We need less than half of that for him to clear this line and he looks to be one of Fields’ few chances of success in the game.