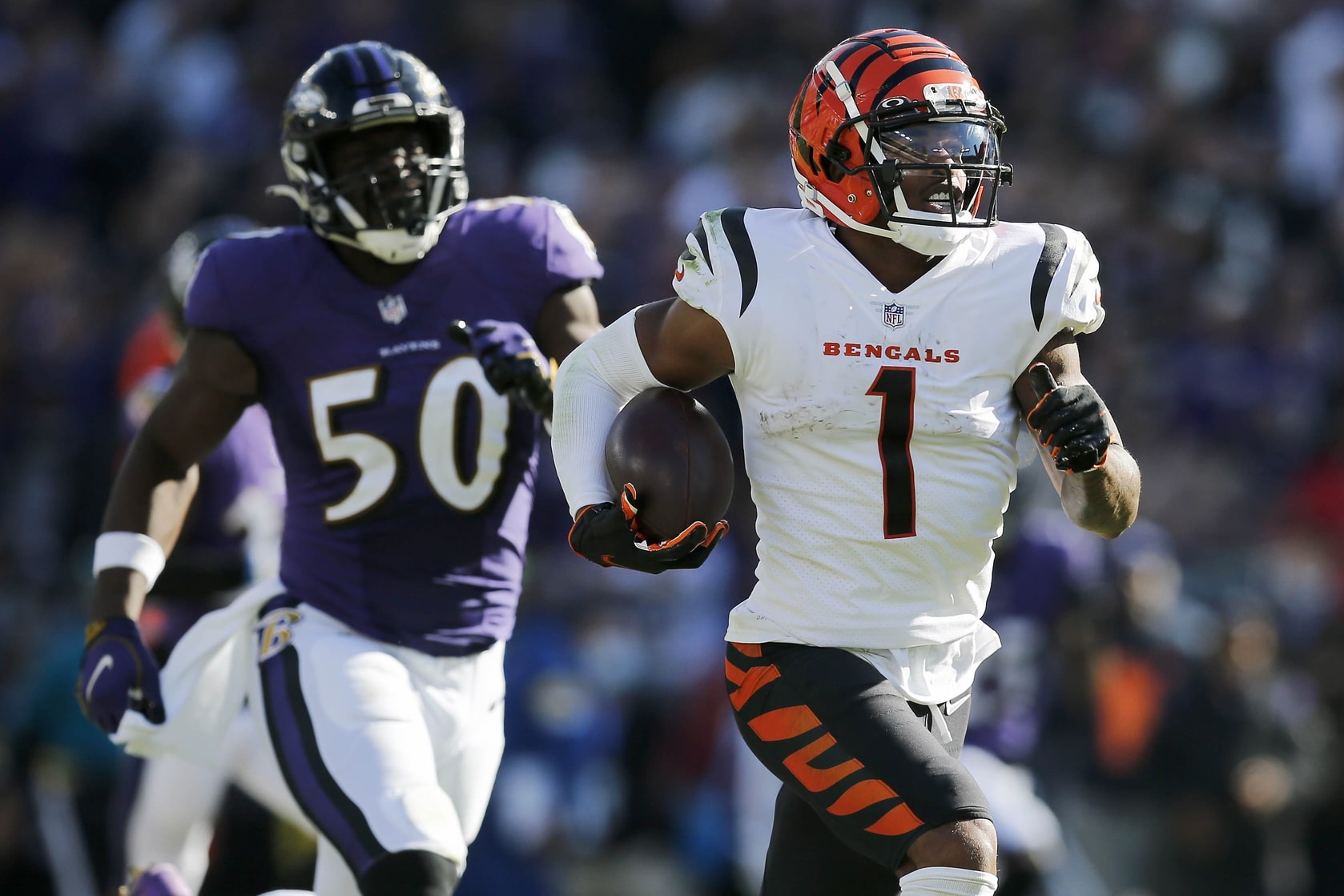 The Bengals and Raiders have only just been able to sit down again after receiving an old fashioned butt-whooping in their last outings, with both conceding 40+ points in embarrassing losses to division rivals.

The Raiders’ 41-14 home defeat at the hands of the Kansas City Chiefs was the on-field low point for a franchise that has had to deal with its fair share of adversity this year. Las Vegas has looked lost the last two games on offense and the defense is struggling to shoulder the extra responsibility.

A home game against the Bengals could be an opportunity for Vegas to get right, with Cincinnati having gone into the bye having been humbled 41-16 by the Cleveland Browns. The Bengals lost to the Jets the week before that and they have plenty of questions to answer following those defeats.

With both teams at 5-4 and in contention for the playoffs, this is a huge game in the context of their seasons and you can read our full game preview of the Cincinnati Bengals vs Las Vegas Raiders here.

We are dealing with same game parlays on this page and we’ve got a good one, paying out at…

Let’s break down our parlay, leg by leg.

The spread favors the Bengals by 1 point and the line hasn’t moved since it opened, giving the impression that this is a pick ’em game. However, I find it far easier to put my faith in this Cincinnati team than I do a Raiders side with so much baggage. Las Vegas has been up and down all year, while the Bengals had been playing very well before their last two losses.

The Bengals are a young team with scope to improve and when you stack the two offenses up against one another, it’s a no contest. Joe Burrow should surpass the level Derek Carr is currently operating at eventually, while the Raiders can only dream of having wide receivers as good as Ja’Marr Chase, Tyler Boyd, and Tee Higgins. With Henry Ruggs gone, Las Vegas has very few explosive players and those it does have — Darren Waller and Josh Jacobs -0 haven’t taken over games like they’ve needed to.

The defenses are a little harder to separate with neither having covered themselves in glory recently. The Bengals just get the edge as far as DVOA is concerned, ranking three spots higher than the Raiders in 20th, while they have also allowed fewer points per game on average.

Cincinnati look to have the edge and when you throw in the Bengals winning three of the last four meetings with the Raiders, they are the pick to come out on top.

Mac Jones is closing in on Chase in the Offensive Rookie of the Year betting, so what better time for the former Tiger to deliver a reminder of his exceptional talents? The first-round pick has scored 7 touchdowns in his nine appearances this season but was kept off the board against the Browns last time out.

Chase’s failure to score wasn’t for the want of trying though as Burrow targeted him 13 times in the game, including twice in the red zone. Cincinnati is desperate to feed their newly acquired star the ball and who can blame them. He should eat pretty well against a Raiders team that just gave up four passing touchdowns to the Chiefs.

Speaking of players who could enjoy big games against this Raiders pass defense, step forward Burrow. Las Vegas ranks 22nd against the pass this year and just gave up 406 yards to Patrick Mahomes, while over the last three weeks it is allowing 247.7 yards per game.

While Burrow is no Mahomes, he’s having a solid season — completing 68.2 percent of pass attempts and averaging 277 passing yards per game. He’ll be eager to bounce back after a poor performance against the Browns and there’s plenty to like about taking the over in this prop for our final leg.