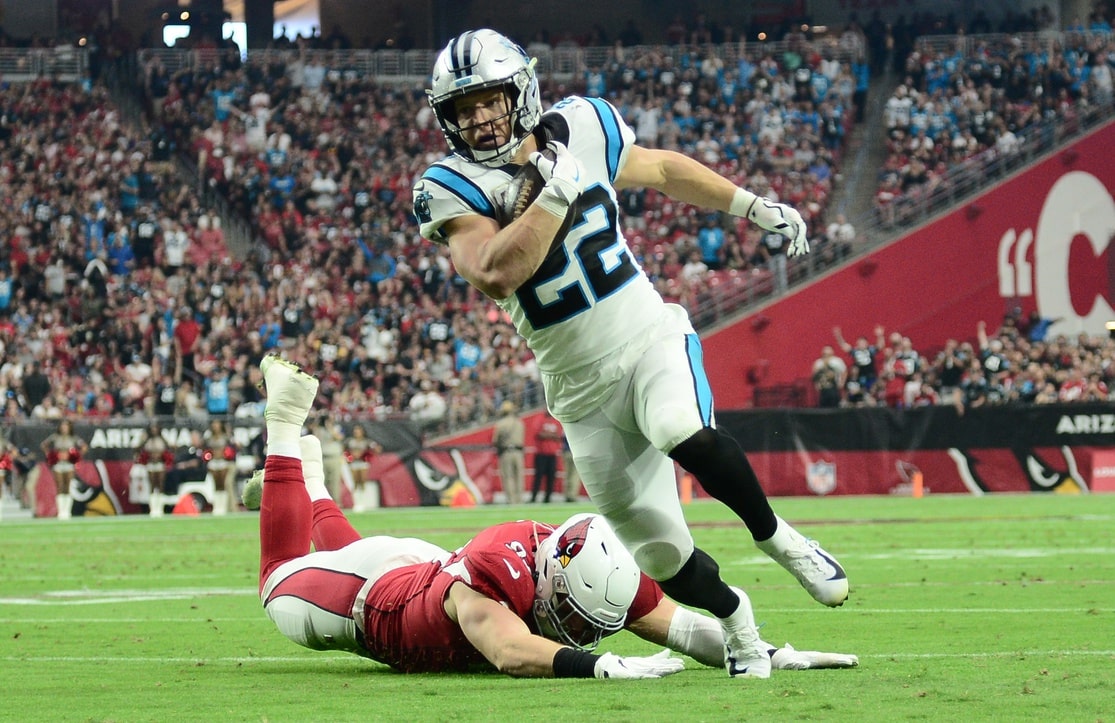 Carolina rolled back the years with a Cam Newton-inspired victory over the Arizona Cardinals in Week 10, Super Cam returning to the line-up to score a pair of touchdowns. The victory moved the Panthers to 5-5 and back into the final NFC Wild Card spot heading into a Week 11 matchup with Washington.

The Football Team pulled off one of the upsets of the season when defeating the Tampa Bay Buccaneers last time out and might consider themselves still in the mix for a Wild Card spot at 3-5. They will need to win this game to keep alive their slim playoff hopes but that could prove easier said than done against a Panthers team that may have got its act together.

We have put together a same game parlay for this crunch NFC meetings, breaking down each leg below. Also don’t forget to out our full preview of the Washington Football Team vs Carolina Panthers.

It’s far easier to see Carolina picking up where they left off from last Sunday than Washington and the Panthers are fancied to record a comfortable win. The Panthers defense has been playing pretty well all season but the return of Shaq Thompson from injury and the additions made to the secondary have helped elevate them to another level.

The offense has been dragging Carolina down but looked so much better with Christian McCaffrey back in rotation. Cam Newton is expected to get the start this week and even with his hit-and-miss stint for the Patriots in mind — he looks like an upgrade on Sam Darnold and PJ Walker.

Washington’s defense did play better last week, but they lost Chase Young to a season-ending injury and it’s tough to trust a secondary giving up nearly 280 passing yards per game. The offense also looks primed to take a step back, particularly when matched up with this strong Panthers defense and taking the hosts to cover looks the way to play the first leg.

If Carolina are going to cover then they’ll need McCaffrey to do McCaffrey things. Last week was the first time the running-back had looked healthy since Week 2 of this season as he tormented the Cardinals, stacking up 161 total yards of offense.

95 of those yards came running the ball as McCaffrey averaged an impressive 7.31 YPA. The Panthers are very much a run-first team now and while Chuba Hubbard and Ameer Abdullah cut into McCaffrey’s reps against the Cardinals, he should pick up some extra snaps having now proven his fitness.

Washington play the run well, ranking sixth in DVOA but this rushing total looks surmountable for a player of McCaffrey’s talent.

Taylor Heinicke clearly enjoys playing against the Buccaneers having had his best two games in a Washington jersey against the reigning Super Bowl champions. Offensive coordinator Scot Turner kept things simple for Heinicke and effectively took the game out of his hands with Washington passing on just over 50 of their downs.

Despite his limited usage, Heinicke was still able to exceed his passing prop, throwing for 256 yards. That was only the third time in 10 games Heinicke’s passing prop has gone over and he could revert to type against this Panthers defense. Carolina’s defense rank second in pass DVOA, giving up the lowest number of passing yards (173.7) on average in the league. That average drops even further over the last three weeks to 119, 53 yards better than the next best defense. They should give Heinicke fits on Sunday.