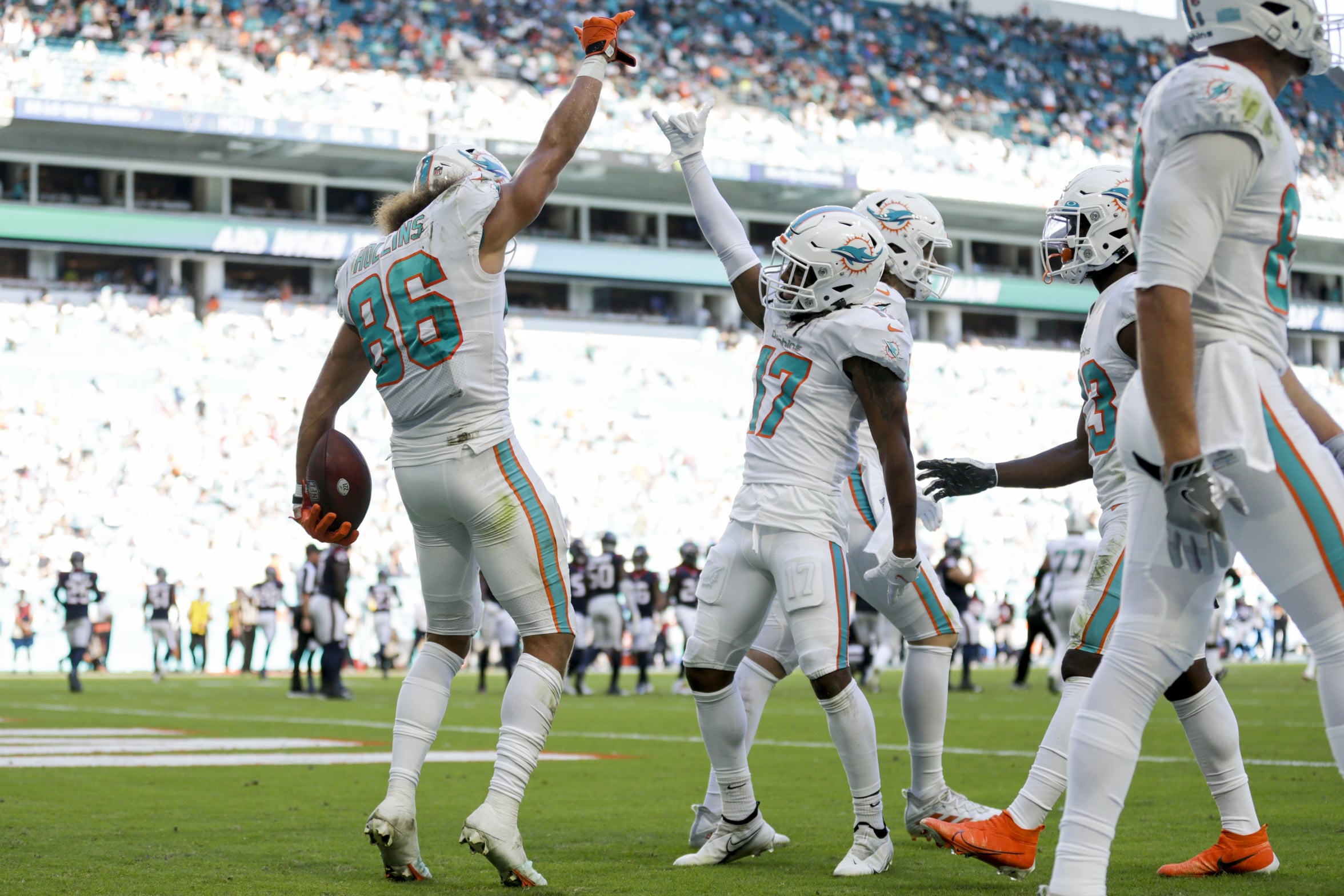 We’ve got two teams doing battle here to try to stay in the playoff hunt as the Dolphins host the Panthers. Miami has won 3 in a row to get to a respectable 4-7 record but knows it has work to do if it is to stay within contention for the postseason. Meanwhile, thanks to how top-heavy the NFC is Carolina is firmly in the mix for a wild-card spot despite being 5-6.

This is undoubtedly a crucial game for both teams, and one way to add to the drama is by betting a same game parlay. We have 4 legs in this one that pays at over 20/1 with FanDuel Sportsbook.

Christian McCaffrey to score a touchdown (-185)

The benefit of same game parlays is that you can add in some contradictory plays to really boost the odds, when in actuality they might not conflict too much. That’s what we’re going with here, as backing McCaffrey to score a touchdown when we’re riding the Dolphins to win and the under in a low points total does bump up the odds significantly, but I don’t think it’s as contradictory as is suggested. Let me explain.

Although 2 of their 3 recent wins came against the Texans and Jets, the Dolphins were able to completely shut down the Ravens not too long ago and I think they can do it again here against the Panthers. There are similarities between those 2 offenses and I believe Miami’s blitz-first-ask-questions-later mentality on defense could overwhelm Cam Newton. The Dolphins have allowed just 36 points across those 3 matchups and now get to take on a Panthers team that has question marks surrounding its offense.

As for the Dolphins’ offense, quarterback Tua Tagovailoa has looked a lot better in the last game and a half he has played and has shown a great rapport with receiver Jaylen Waddle as well as his plethora of tight ends. Miami looks to have enough on both sides of the ball to secure another win.

Both Carolina and Miami are much better on defense than on offense and points will likely be at a premium in this matchup. The Panthers have the 4th-fewest passing yards per attempt in the league (although a big part of that is down to Sam Darnold) while the Dolphins have the 5th-fewest. As for the run game, the Fins have the 2nd-fewest yards per carry at just 3.4. That is bad news when you consider that both defenses have been relatively successful against the pass and Newton is still finding his feet after signing with Carolina a couple of weeks ago. The Panthers have scored more than 21 points just once in their last 5 games, while the Dolphins have scored more than 22 points only 3 times all season.

As much as the Dolphins have struggled on offense, Waddle has been a consistent bright spark. He has registered over 60 yards in 5 of his last 6 games and gets plenty of targets or receptions regardless of who is under center. Waddle has been targeted at least 9 times and made 7 or more catches in 4 of his last 6 games, and a similar return should see him coast over this line. As mentioned, the Panthers have been strong against the pass, but I still like Waddle’s chances of going over 50 receiving yards.

Christian McCaffrey to score a touchdown (-185)

Because the points total is so low, adding McCaffrey (or any Panthers player) to score a touchdown gives the odds a hefty boost. Ultimately, the Dolphins will almost definitely allow a touchdown at some point in the game, and McCaffrey certainly seems overdue a score. He’s found the endzone just twice this season, but is still typically registering over 100 total yards per game. If Miami sticks with their heavy blitzing, I expect Newton to be dumping the ball off to McCaffrey regularly and he should have chances of scoring a touchdown.