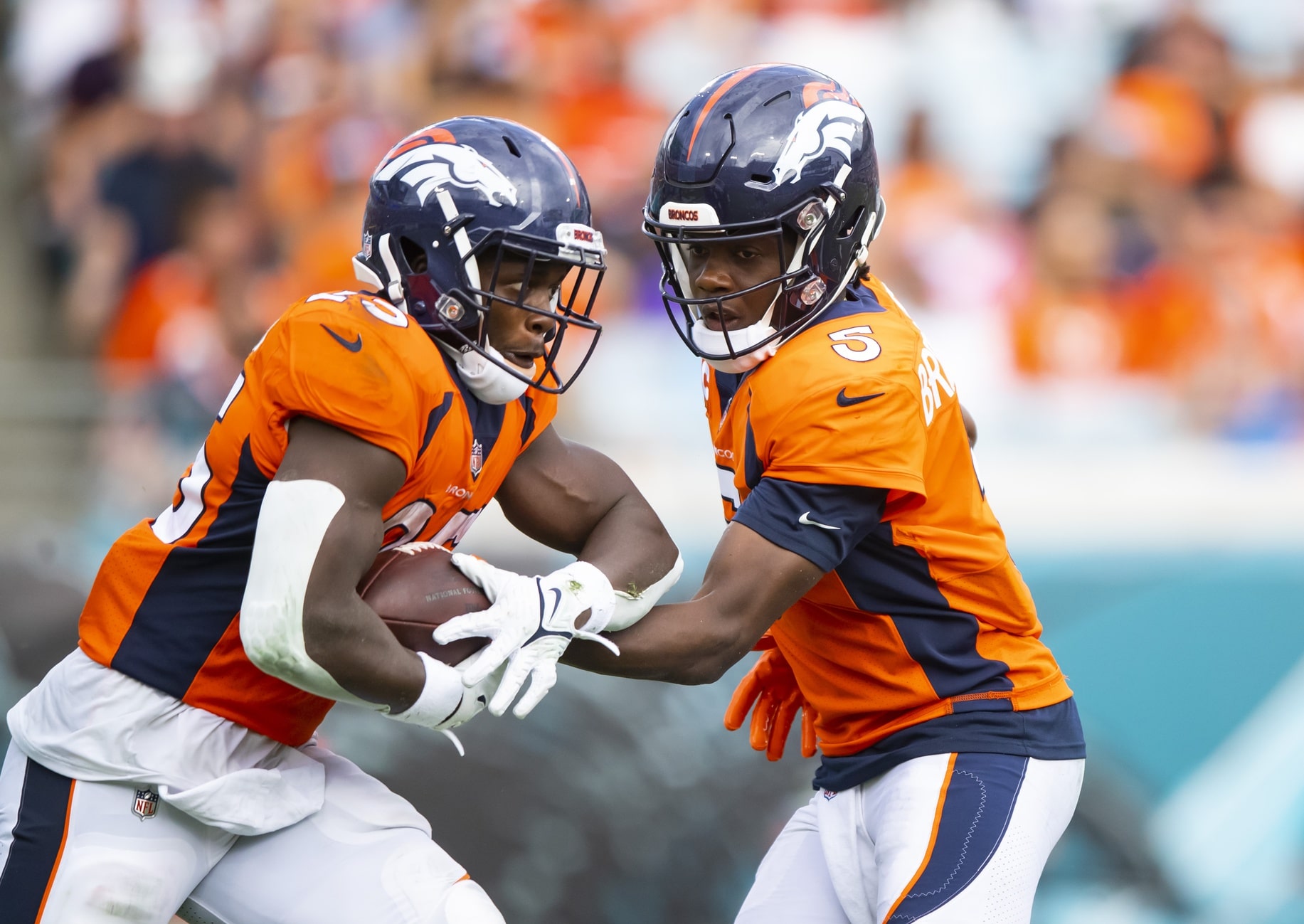 The AFC playoff picture has an extremely congested look to it entering Week 12 and amongst the teams scratching, biting and clawing to get into the postseason are the Chargers and Broncos.

The Bolts hold the conveted final Wild Card spot at 6-4 but sit just one game ahead of Denver, who return to action following a bye week bidding for a seventh win in the last eight at home against their AFC West rivals.

We have put together our best same game parlay for this divisional showdown, one that pays out at +610. Before you check out our selections and reasoning behind them, don’t forget you can get our full game preview for Los Angeles Chargers vs Denver Broncos here.

Melvin Gordon to score a touchdown (-115)

The Chargers had Justin Herbert to thank for being able to avoid adding yet another painful loss to the franchise’s history books when facing the Steelers in Week 11, the sophomore quarterback leading a game-winning drive to put a bow on what was an outstanding individual performance. Herbert provided the fuel for an explosive LA attack, one that looked back to its early-season form following a mini-slump. The Bolts now rank third in total offense DVOA and have enough weapons to overpower a Denver defense that has struggled to live up to its pre-season hype.

The Broncos offense, which ranks 15th in DVOA and 23rd in average points per game, could struggle to keep pace with Herbert and co if he gets going again. Denver has the ground game to cause the league’s worst rushing defense problems but that might not be enough to see them avoid a sixth defeat in the last eight at home. The Chargers are a good road team, one that’s 3-1 on their travels this year, and they have the quality to make up for some recent narrow losses at Mile High Stadium.

Herbert and Austin Ekeler, who scored four touchdowns, took a lot of the plaudits from the SNF win over Pittsburgh, overshadowing what was another excellent performance from the Chargers’ Mr Reliable, Keenan Allen.

Allen finished the night with nine catches for 112 yards, his second 100-plus yard receiving game in his last three appearances. In between those two games, Allen had 98 receiving yards against the Vikings and has posted totals in excess of 70 yards in five of the last six Chargers’ outings.

Allen is Herbert’s favorite target, leading the team in targets four straight weeks and can stay on his hot streak against a Broncos defense giving up 156 yards per game to wide receivers this season.

Gordon undid five years of hard work to ingratiate himself to the Chargers fanbase when he swapped California for Colorado last year and has enjoyed solid, if unspectacular, levels of production for the Broncos. Gordon has scored 17 touchdowns since moving to Broncos Country and went into the bye in a rich vein of form, getting in the endzone in four straight games.

He and Williams have largely split the carries for Denver but there’s a preference to use Gordon in the redzone and he’s averaging 2.7 carries per game to Williams’ 1.9, while also being targeted more consistently in the passing game when down by the goal line. Gordon didn’t manage a TD against the Chargers last year but players have such a habit of coming back to haunt their old teams that he’s worth supporting here.