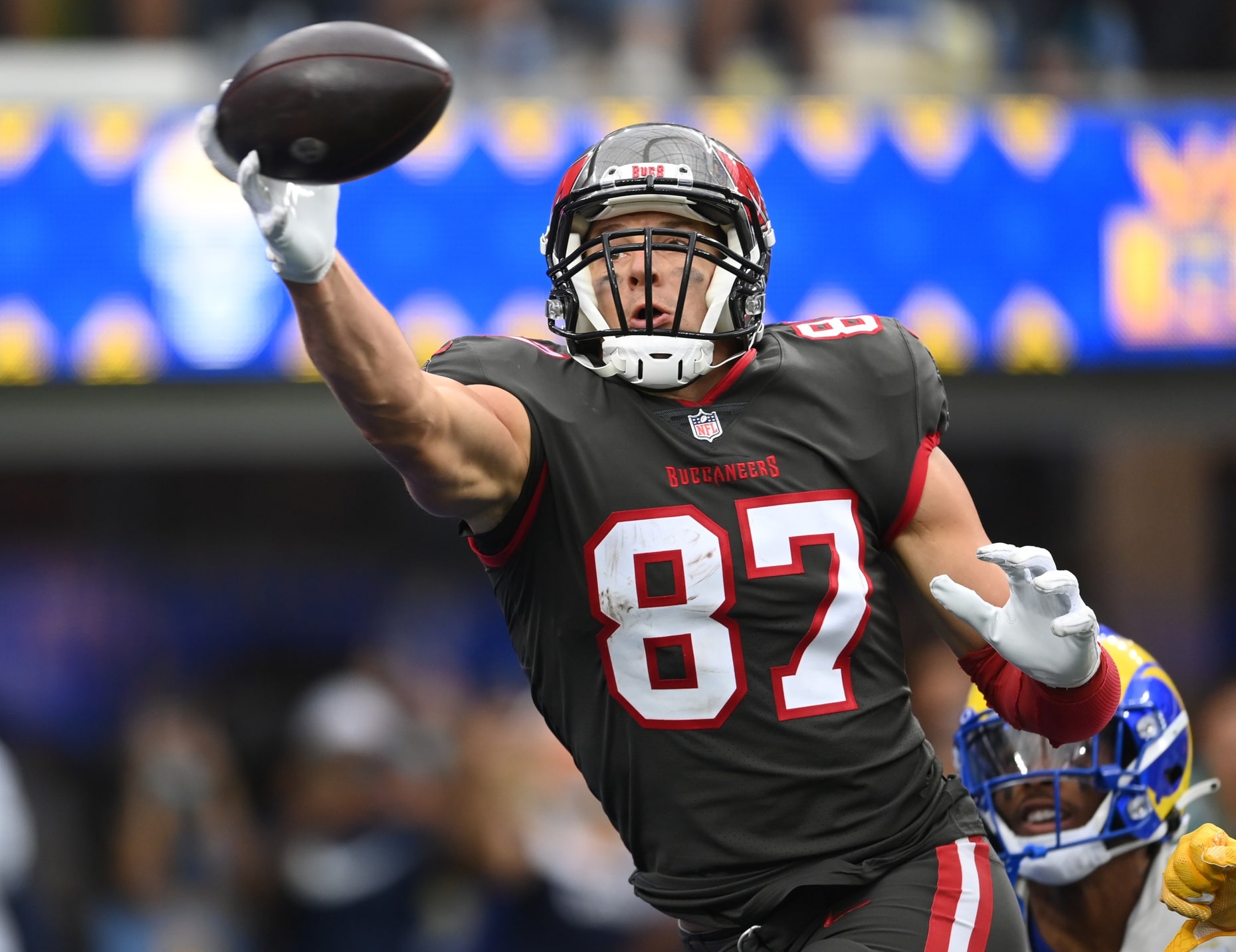 Tampa Bay bounced back to winning ways by manhandling the New York Giants on MNF and now head back on the road for a tough assignment in Indianapolis. The Colts are the hottest team in football right now, winning 5 of their last 6 games to get to 6-5 and keep themselves in playoff contention.

Indy are averaging 33.5 ppg during their strong run and in Jonathan Taylor they have a player capable of single-handily winning a game by himself, as he did last week in Buffalo. Taylor is now +250 to be named Offensive Player of The Year after scoring a franchise-record five touchdowns in the Colts’ statement win over the Bills, Indy’s first win of the year over a quality opponent.

Indianapolis now need to get themselves fired up for the visit of the reigning champions in one of the standout games from the Week 12 slate. To enhance your enjoyment of the matchup we’ve put together a same-game parlay that pays out at +621.

Rob Gronkowski to score a touchdown (+175)

The Buccaneers have struggled on the road this year and hold a 2-3 record, failing to cover the spread in all 5 of their away games. We should therefore not put too much stock in Tampa Bay’s easy win over a 3-7 Giants team that fired their offensive coordinator the next day.

Tom Brady did play better against the Giants but still threw an interception, making it 5 picks in the last 3 games and won’t find life easy against a Colts defense that did such a good job of making Bills QB Josh Allen look very ordinary in Week 11.

Indianapolis have plenty of momentum behind them after recent results and the ultra-competitive nature of the AFC means they can’t afford too many more defeats so should be highly motivated for this one.

The Colts are 4-0 ATS in the last 4 as an underdog and the form of Taylor makes it very tough to pick against them right now, even with Tampa Bay boasting a strong run defense. Keep in mind the Bills also thought they could stop the run entering Week 11 and look what happened to them! Carson Wentz is doing everything Franck Reich is asking of him in this offense and looks capable of contributing more if needed. If the Colts can limit the Bucs’ passing game, they have enough talent to cover and potentially even win the game.

Rob Gronkowski to score a touchdown (+175)

Stopping Brady won’t prove easy, especially now the Bucs have Rob Gronkowski back in the lineup. Gronkowski, Mike Evans and Chris Godwin are a formidable trio of pass-catchers and each of them had at least six catches and over 60 yards in Monday’s win against the Giants.

Gronkowski’s numbers were slightly better than Godwin and Evans’ as he made his return from a back injury by catching six passes for 71 yards, while only Evans had more targets. Gronkowski started the season with a pair of touchdowns in each of the wins over the Cowboys and Falcons before he got hurt and now back to full fitness it shouldn’t be long until he finds the endzone again.

Only two teams have given up more touchdowns to tight ends than the Colts this year so look for Brady’s running buddy to return to form this week.

This Bucs defense got hot down the stretch to power Tampa Bay to a Super Bowl last year but we’ve seen few signs of them repeating that trend this season, particularly on the road. The Buccaneers are allowing the seventh-most points per game (27.4) on average away from the Sunshine State and are running into a buzzsaw of an offense here.

We’ve already highlighted the Colts’ 33.5 ppg average over the last six weeks, the impact the NFL’s top rusher Taylor is having and Wentz’s clean play recently but if you need more convincing of their point-scoring powers, here’s one final stat. The Colts are currently ranked seventh in weighted DVOA with Football Outsiders. That’s higher than the Chiefs, Cardinals and Cowboys. Take them to get over 24.5 to complete our parlay.