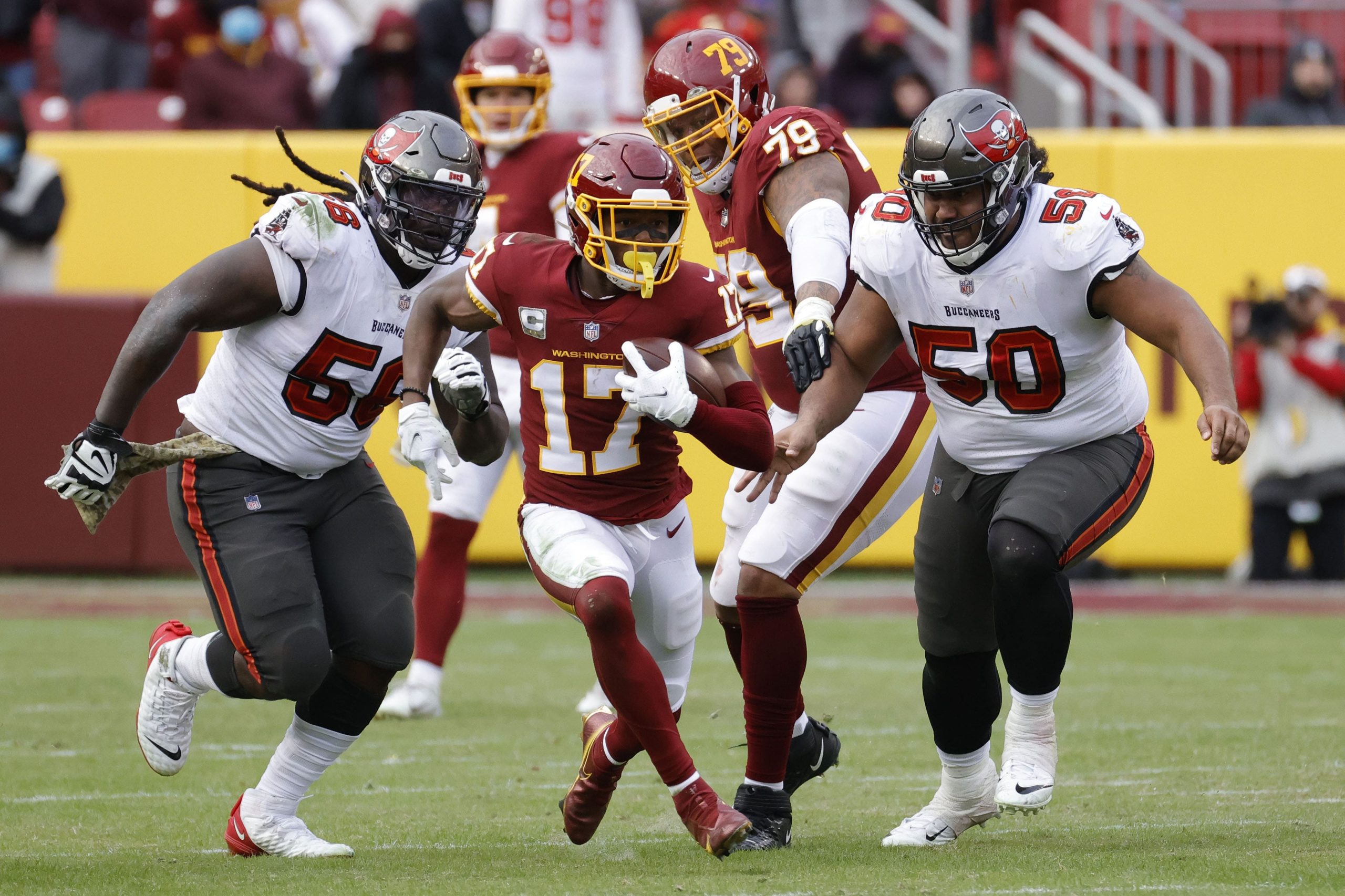 The Seattle Seahawks are 6 games off the lead in the NFC West with 7 to play and any lingering hopes of a comeback could be extinguished with a loss to the Washington Football Team on Monday Night Football.

Washington is in much more positive mood heading into the 8:15 pm ET ESPN game after scoring back-to-back wins over Tampa Bay and Carolina, and the Cowboys’ loss to the Raiders on Thanksgiving afternoon has kept the NFC East leaders in sight for Ron Rivera’s team. The WFT still have 5 divisional games to play, including both their contests against Dallas and Philadelphia, so everything remains on the table for them, even at 4-6.

We have put together a 4-leg same game parlay for Washington’s game against the team from the state of Washington which pays +823 odds with FanDuel Sportsbook.

There are no contrary legs to boost the odds in this parlay. We’re going all out for correlation and all 4 legs work together — if Terry McLaurin catches a TD pass from Taylor Heinicke it’s a positive for all 4 legs in one play! Let’s take a look at the reasoning behind each leg:

After losing 5 of their last 6 games, with the only victory in that time coming against the Jaguars, the last thing Seattle might have wanted this week was to be paraded in the national spotlight. The season is not absolutely over for Pete Carroll’s team, and their schedule does ease up from this point, but they pretty much need to run the table. Seahawks fans will make a case that all 7 of their losses have come to teams in playoff contention, and that Russell Wilson is back now to lead them to glory, but that glosses over the fact that last week they lost to a Cardinals team fielding backup QB Colt McCoy and that Wilson has had completion percentages of 50.0 and 53.9 in his 2 games since returning.

At 4-6, Washington is also highly unlikely to repeat last season’s playoff performance but the Football Team have managed back-to-back wins over Tampa Bay and Carolina in their last 2 games. With confidence on the rise and, more importantly, signs of life at last from a defense that was meant to be elite this season, they look worthy of support on the money line to make it 3 in a row on Monday night. Take the Football Team to keep their revival going.

When Washington fell to 2-6 with a loss to the Broncos, there was a feeling that Taylor Heinicke’s time as WFT starting QB might be coming to an end, but he’s done little wrong in leading the team to back-to-back wins over the Buccaneers (26 of 32, 256 yards, 1 TD 0 INT) and Panthers (16 of 22, 206, 3 TD 0 INT). He’s gone over 240 passing yards in 6 of his 10 games this year. The Seahawks’ suspect secondary allowed Colt McCoy to complete 35 of 44 passes for 328 yards and 2 TDs against them last week and Heinicke should rise to the occasion again.

Washington wide receiver Terry McLaurin has had 2 100-yard games in his last 4 appearances and he can stay hot in the national spotlight with another big game against the Seahawks. Seattle ranks 30th in the NFL in opponent passing yards per game and 31st in sack percentage, so Heinicke should not be under duress, and when he can work as he likes, that means receptions for Terry McLaurin. Scary Terry averages 73.5 yards per game this season and should be fancied to get his full allocation against the Seahawks, who could struggle to contain him. Take his receiving yards over and back him to get into the end zone too.