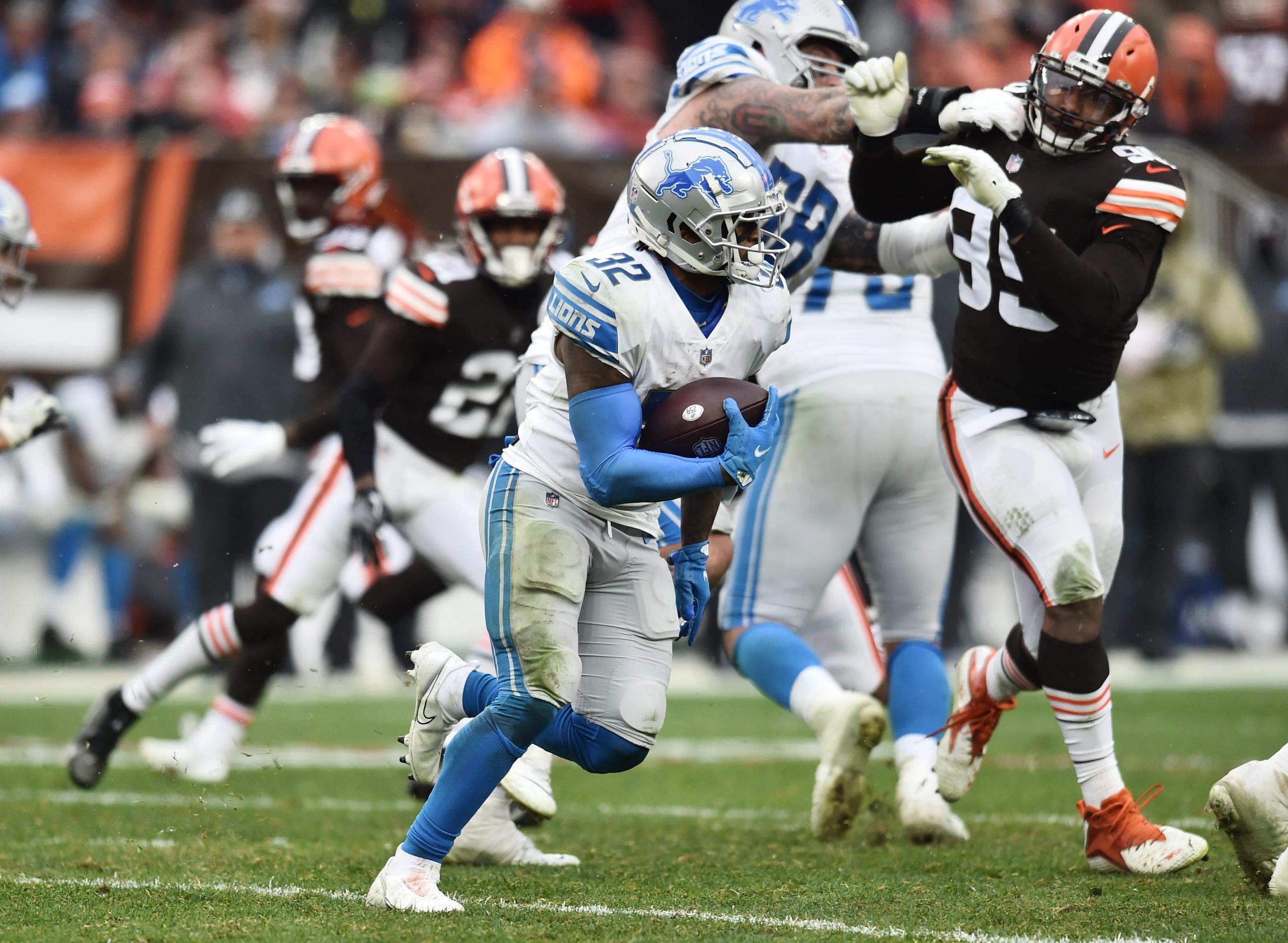 Be thankful that we can watch an NFL  football game as early as 12:30pm ET on Thursday — even if it does feature the Bears and the Lions…

These teams have 3 wins and 1 tie to show for their combined 20 games this season, all the wins belonging to Chicago even though reports suggest Matt Nagy is on a hotter seat than Detroit’s Dan Campbell and his 0-9-1 record.

This FOX game should be well worth watching even if the football proves not to be of the highest standard. We have put together a 3-leg same game Turkey Day parlay for it, which pays +895 odds with FanDuel Sportsbook.

We’re going a little contrary with these picks, taking the total points under but the over on a couple of player performance props, but these teams really don’t have much going for them other than their running backs, so they sit together nicely with the under. Both teams could have different QBs to their last games, with Andy Dalton leading the Bears offense while Justin Fields rests his bruised ribs, and the Lions hoping Jared Goff is healthy enough to take his job back from Tim Boyle, who didn’t look at all good on his first NFL start last week.

Neither defense should be worried about the opposing passing attacks, particularly Chicago, as Detroit has the league’s worst collection of wide receivers. Chicago’s 24-14 win over Detroit at Solider Field was one of only 3 games in which they have scored more than 20 points, and the Lions haven’t scored more than 19 in a game since their 41-33 loss to the 49ers in Week 1 (when they scored 3 TDs in the last 20 minutes). Both teams have had 7 of their 10 games go under the total this season and this one looks set to follow the trend.

That popular picture of the supercar parked in the porch of a low-rental property comes to mind when you think of D’Andre Swift and the Lions. The 35th pick in the 2020 draft looks a real talent, but it’s really being wasted on this team. Swift has 555 rushing yards and 420 receiving yards this season, and broke off a great 57-yard TD against the Browns last week.

He’s gone over 130 rushing yards in each of his last 2 games (he needed 33 attempts in the putrid tie against the Steelers, but only 14 against the Browns) and we need just half of that in this game.

David Montgomery is another player who doesn’t quite get the recognition he deserves, and would no doubt be appreciated a lot more if he had a better offensive line clearing the way for him. He’s only once had fewer than the 58 rushing yards he posted against the Ravens last week and averages 71.7 in his 6 starts (punctuated by a spell on IR with a knee injury sustained in the first game against the Lions). He should be able to go over his average against the worst team the Bears will play this season. He certainly did the first time the teams met, as Montgomery had 106 yards on 23 carries, with 2 TDs against the Lions at Soldier Field.

Make sure you check out PropBetGuy’s best player prop for Bears vs Lions!