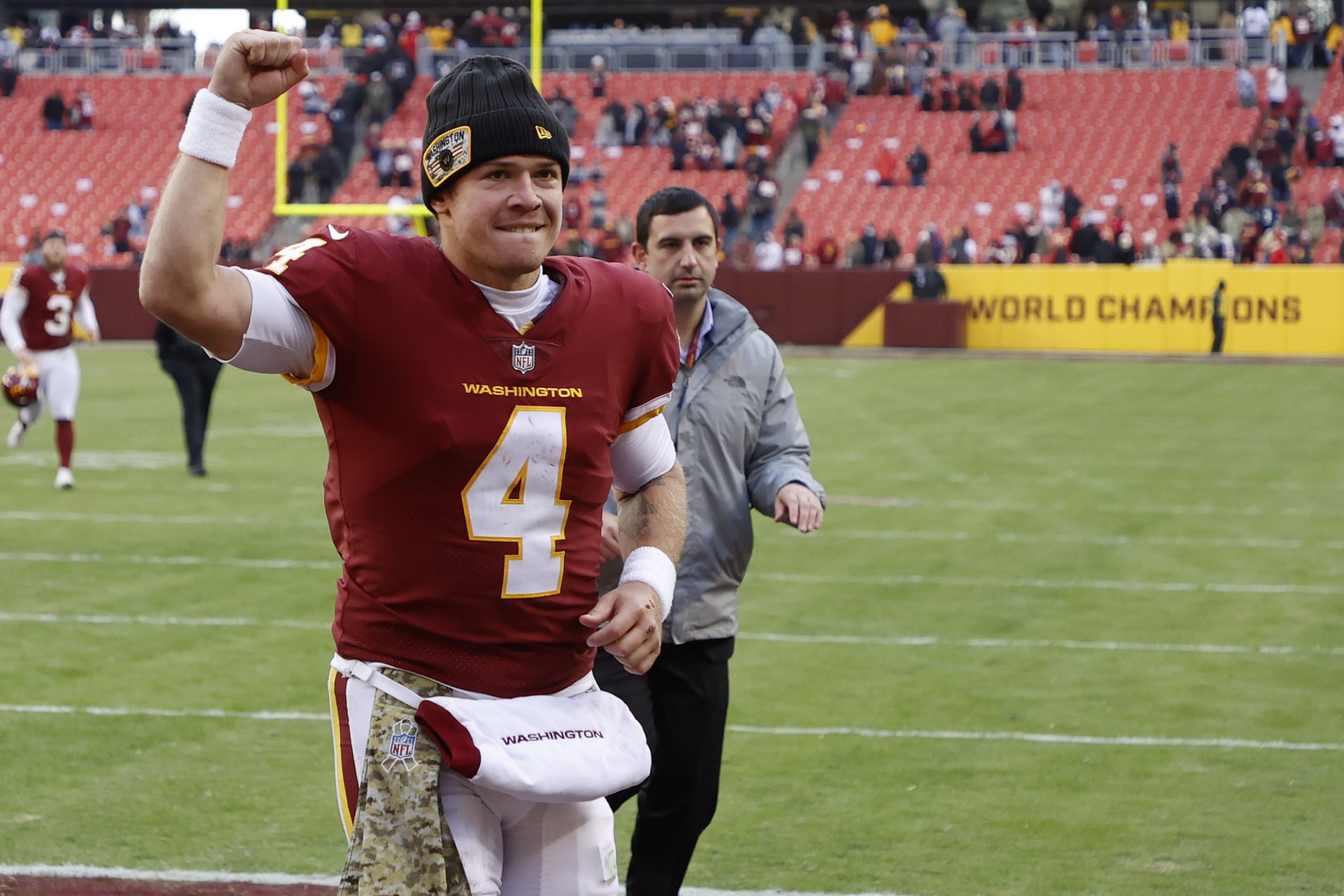 Whew! The first few months of the 2021 NFL season sure have been a wild ride. The action has been truly thrilling, and we’ve still got plenty left. We have a great Week 13 slate continuing on Sunday, which will be highlighted by a classic AFC North rivalry game between the Steelers and Ravens and a Sunday Night Football showdown between the Broncos and Chiefs. It’s an NFL Sunday; we might as well celebrate by trying to hit the jackpot and score a massive payday, right?

Without further ado, here is our 12-leg Week 13 millionaire parlay.

Mike Glennon on the road going up against a surging Miami defense? Yeah, I’ll pass, thanks. Glennon is certainly a much worse option than Daniel Jones, while the Dolphins are one of the hottest teams in the league right now.

The Colts are 6-3 in their last nine games, and each of those three losses were extremely close. They could easily be riding a nine-game win streak if a few balls had bounced their way. Houston on the other hand is circling the drain, and they just lost to the lowly Jets last week.

The Lions still haven’t got the first win of the Dan Campbell era, and they aren’t going to get it here against a Minnesota team that is a lot better than their record suggests. Detroit is going to be without D’Andre Swift here, pretty much their only bright spot on offense.

The Jets picked up a rare win over the Texans last week, but they won’t be so lucky again here. Even though New York emerged victorious, Zach Wilson still missed a ton of easy throws, and he won’t get bailed out here against Philly.

We were really chalky to start this parlay, but we’ve got to make things interesting with at least a few money line ‘dogs. I think Chicago has a good chance to pull an upset here at home. Kyler Murray and DeAndre Hopkins will be playing for the first time in a long time, and they should be rusty on the road.

I don’t want any part of the Chargers right now. The defense is thin, and the offense has been underachieving. Los Angeles’ defense can’t stop teams that out-physical them, and the Bengals’ running game is starting to take off with Joe Mixon.

Call me crazy, but this is a millionaire parlay after all. We have to go bold at some point. Give me the Falcons at better than 4/1 at home. Atlanta has a very low floor as we’ve all seen, but they’ve also managed to go 5-6. They were down three with the ball in the fourth quarter when these teams met early in the year in Tampa.

Don’t look now, but Washington is quietly catching fire. The defense was never as bad as it seemed, they’ve just played all of the league’s best offenses. That unit is improving rapidly, and Taylor Heinicke is playing genuinely well.

The Rams have very real issues, but that’s not anything near enough to get me interested in taking the Jaguars on the road. Jacksonville is just too incompetent on both sides of the ball.

The Steelers have looked about as bad as any team in the league recently, but this is their last stand. And the Ravens have been far from impressive. Their offense looked awful even in their win over the Rams, and I don’t think they should be this large of a favorite on the road.

Speaking of last stands, this is certainly one for the Seahawks. Seattle has a strong run defense which is the key to stopping the 49ers, and San Francisco will be without Deebo Samuel who has really elevated their offense lately.