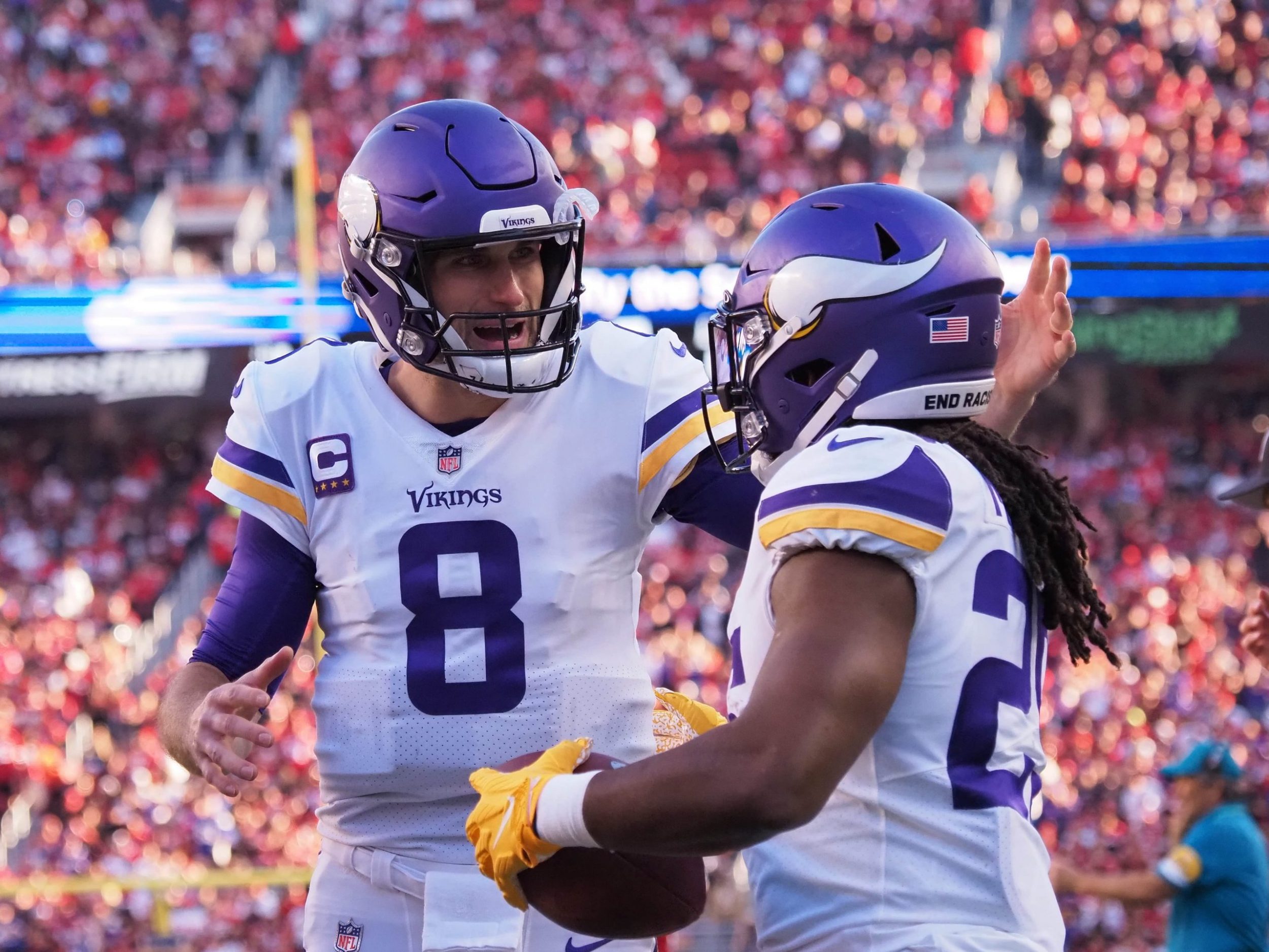 The Vikings and Lions have 16 losses and a tie between them in 22 games this season, but we could see an entertaining game in this NFC North contest at Ford Field on Sunday (1pm ET, CBS).

The Lions took part in an awful contest against the Bears on Thanksgiving afternoon, losing to a walk0ff field goal to stay winless on the season at 0-10-1. The Vikings, however, are still in the NFC playoff hunt despite a 5-6 record.

We have put together a 4-leg same game parlay for the teams’ second meeting of the season, which pays +1065 odds with FanDuel Sportsbook.

There were only 36 points scored when these teams met in Week 5, but we can reasonably expect to see more this time, with both defenses having lost some key contributors since then. The teams will both be missing their leading rushers, but Minnesota backup Alexander Mattison is not a huge downgrade, even from Dalvin Cook. Losing D’Andre Swift is a blow for the Lions, but Jamaal Williams is a useful alternative and Godwin Igwebuike has looked like a real force at times in limited work.

The Lions are conceding an average of 30.8 points per game at home, while the Vikings defense performs much better at home, allowing 19.8 per game in Minneapolis but almost 10 per game more on the road at 29.5. Six of the Vikings’ 11 games have gone over, including 4 of the last 6, while the Lions have been under specialists, largely due to their own offensive incompetence, but they should be able to make a contribution to a more high-scoring affair this time.

We have a small sample of how Alexander Mattison can perform as the Vikings’ starter this season and it’s pretty impressive. He ran for 113 yards in the first game against the Lions and for 112 against the Seahawks in his other start. Cook has been averaging almost 86 yards per game in this offense and there’s no reason to expect Mattison to struggle against the team with the league’s worst record. Let’s also add a decent receiving day for Mattison to the parlay. He had 59 receiving yards against the Seahawks and 40 against the Lions in his 2 starts this year (catching an impressive 13 of his 15 targets). He’s one of the better backup RBs in the league and can show it once again.

Josh Reynolds is on his third NFL team in the last 2 seasons, having left the Rams in the offseason to join the Titans, where he did not get the role he or many others expected, before joining the Lions last month — ironically, the Titans lost both their starting wide receivers to injury soon after. He failed to catch a pass in his Detroit debut against Cleveland (with the atrocious Tim Boyle starting at QB), but broke out in the Thanksgiving loss to the Bears with 70 yards on 3 receptions from 5 targets. That production should get him more looks from Jared Goff this week given the dearth of other receiving options they have, and he can get to at least 40 yards against a Vikings secondary that is far from the team’s strength.