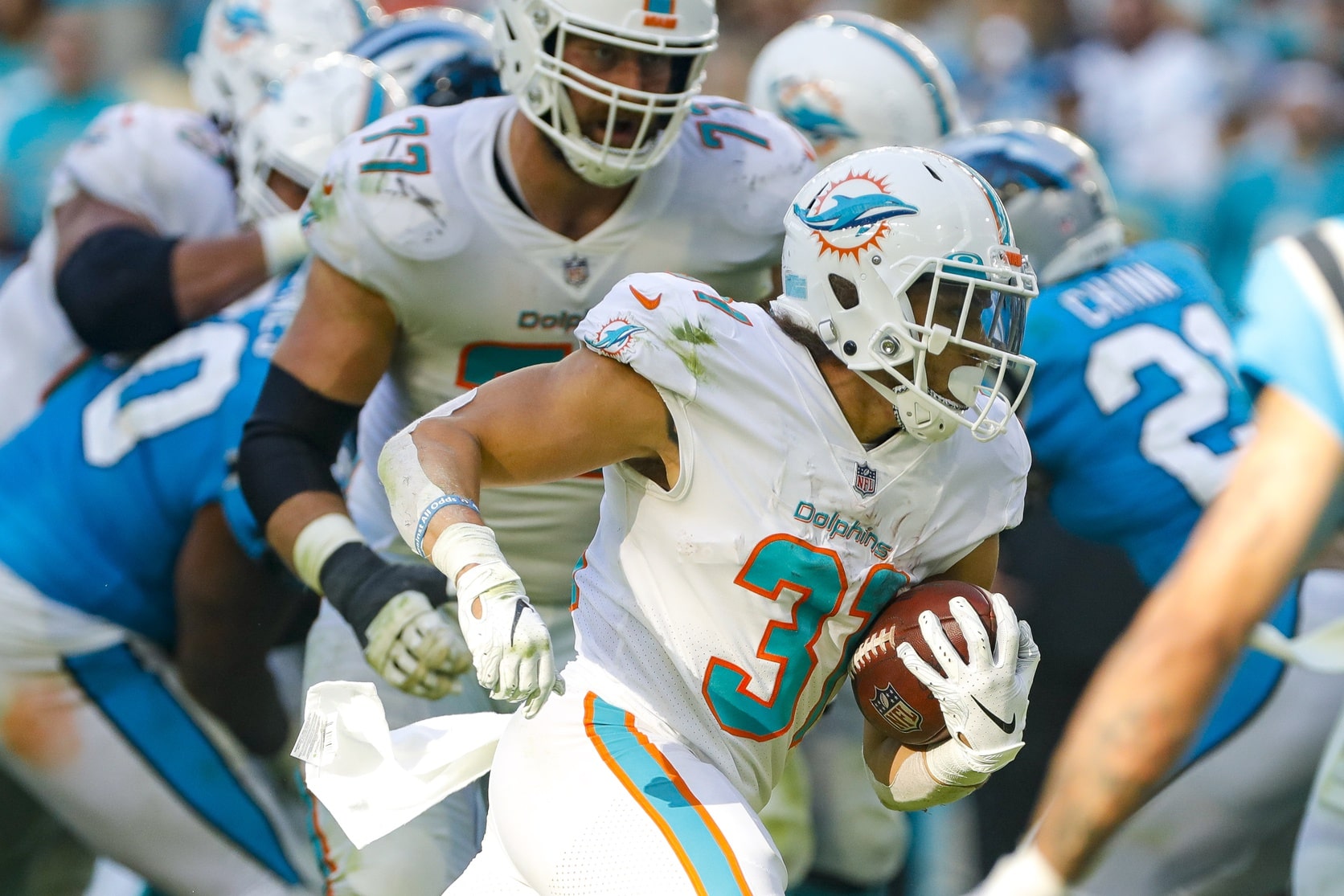 It’s Week 13 of the 2021 NFL season, and we’ve got a little over a month before the regular season wraps up and the playoffs begin. Despite being 4-7 and 5-7, the Giants and Dolphins still have outside chances of reaching the postseason, but they need win a lot of games. Therefore this game is of vital importance to both teams. The Dolphins have already won 4 in a row and are really starting to look like the team that went 10-6 last year, while the Giants have been inconsistent but the win over the Eagles last week could be the spark they needed.

This should be an interesting matchup, and one way to add to the excitement is by betting a same game parlay. We have come up with a 3-legger that pays at +2129 with FanDuel Sportsbook.

Phillip Lindsay to score a touchdown (+550)

The benefit of same game parlays is that you can add in some contradictory plays to really boost the odds, when really they might not conflict too much. That’s what we’ve got here, with the under on Myles Gaskin’s rushing yards prop combined with the Dolphins. However, it does somewhat correlate with taking Phillip Lindsay to score a touchdown. Let’s break it all down.

I was a big believer in Miami heading into this season, and I’m glad they’re finally starting to show what I expected of them from the offense. They’re on a serious roll right now with the defense playing incredibly well, having given up just 46 points across their last 4 games. The Dolphins completely humiliated Cam Newton last week, and now they get to feast upon Mike Glennon and a largely anemic Giants offense. New York has scored more than 23 points just once in its last 7 games, and has been poor both through the air and on the ground. That won’t cut it against this Dolphins team.

As for the Miami offense, Tua Tagovailoa has been looking better with every week, and although the Giants defense has stood up well at times I believe they will find it difficult to stop the red-hot connection between Tagovailoa and rookie receiver Jaylen Waddle.

While I expect the Dolphins to win this game, I’m pretty confident it won’t be because of their run game — well, because of Myles Gaskin, at least. First off, Gaskin has gone over this line only twice in his last 9 games, and now Phillip Lindsay has arrived on the scene. Lindsay was signed by the Dolphins just last week, and he immediately got 12 carries for 42 yards against the Panthers. Because of Gaskin’s struggles, I’m expecting his role in the Miami offense to gradually diminish with Lindsay taking over. Even if that doesn’t happen this week, I still doubt Gaskin will go over 50 yards. He only managed 34 from 20 carries against the Texans last month! Admittedly, the Giants haven’t been great against the run at times, but they should have enough to keep Gaskin in check.

Phillip Lindsay to score a touchdown (+550)

The above point on Gaskin is what leads us in nicely to this Lindsay pick. As mentioned, he was picked up by the Dolphins in the middle of last week and immediately earned 12 carries against Carolina. That tells me that Brian Flores likes him a lot, and will likely give him a lot more carries this week against the Giants. I’m with Flores on that — I’ve been a big fan of Lindsay for years — and if that is the case, then we’re getting some serious value on the Colorado product to find the end zone. The Giants haven’t leaked too many rushing scores (only 9 this season) but I like Lindsay’s chances of pushing this to double digits.

Check out the rest of our NFL Week 13 same game parlays!