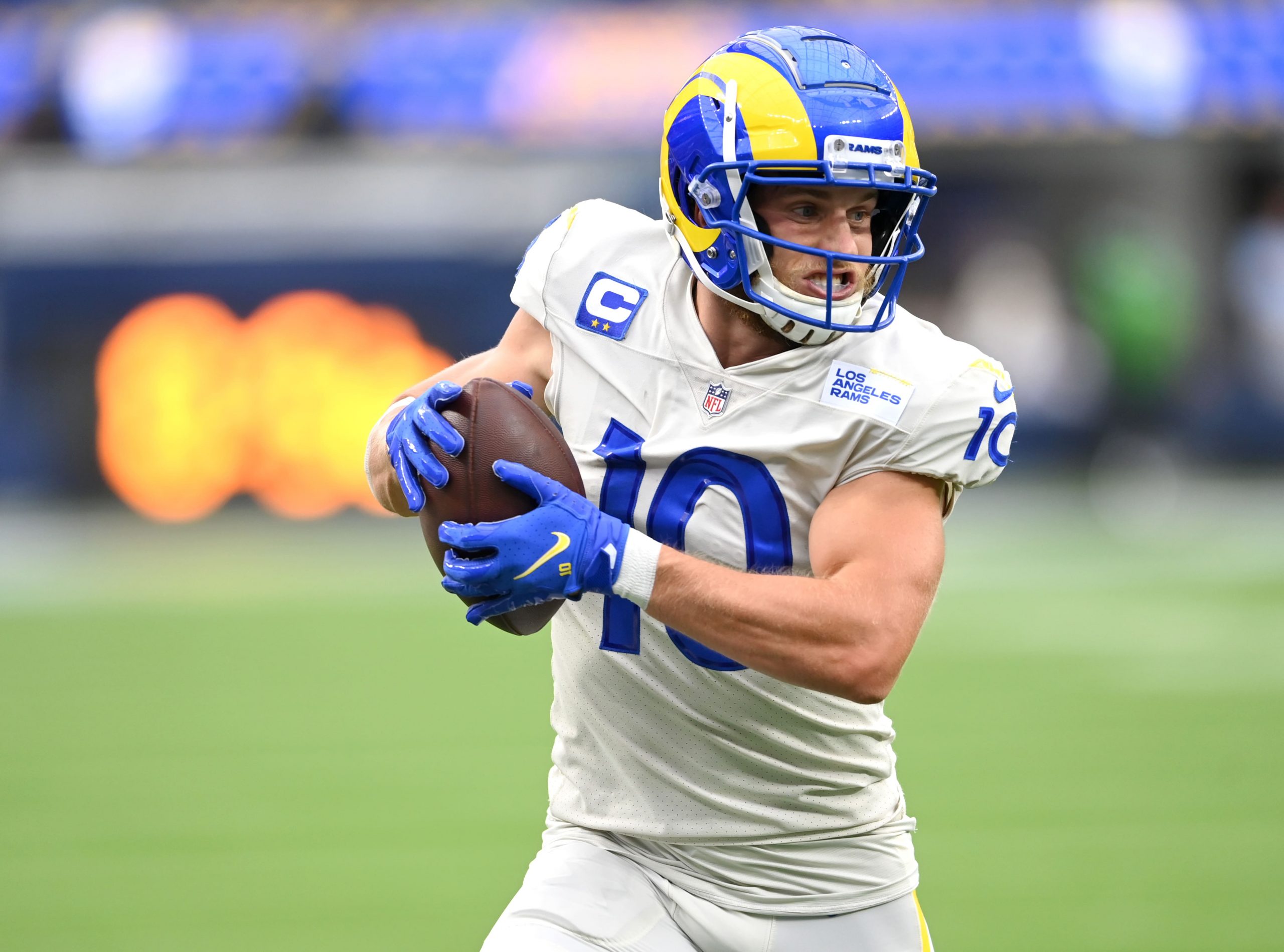 The Los Angeles Rams are going through a tough stretch. After a scorching hot 7-1 start, they have dropped 3 games in a row, and they have not looked particularly strong in any of those games. QB Matthew Stafford does not appear to be 100 percent healthy, and he has thrown as many interceptions as touchdown passes (5) during the 3-game losing streak.

The good news for the Rams is that they return home this week in a very winnable game against the Jacksonville Jaguars. Jacksonville enters this one with a record of 2-7, and they are 0-4 on the road. You can check out our full betting preview for the Jacksonville Jaguars vs Los Angeles Rams, but we are putting together a same game parlay for this matchup as well. We have a 2-leg parlay that pays out at +533 odds, and have broken down each selection below.

If the Rams are going to get back on track, there seems to be a good chance that WR Cooper Kupp is involved. Kupp had 10 receiving touchdowns through the first 8 games of the season, but he has not found the endzone during Los Angeles’ 3-game losing streak. That could change in this one, as the Jaguars do not possess a strong passing defense. They also have one of the worst scoring defenses in the league, as they are giving up an average of 25.7 points per game. That ranks 26th in the league.

Even with the addition of Odell Beckham Jr., Kupp remains Stafford’s go-to target. Kupp has been targeted at least 10 times in all but one of Los Angeles’ 11 games this season, and Stafford has thrown his way 36 times over the last 3 games. It also helps that Kupp does not need long-bombs to reach the end zone. His elite ability to run after the catch makes him a scoring threat every time he touches the ball.

The Jacksonville offense could have a tough time in this one. Over their last 5 games, the Jaguars have averaged a measly 11.4 points per game. In addition, they have not totaled more than 17 points since Week 6 against the Dolphins. That has been a common theme for the Jacksonville offense this season, as they are among the lowest-scoring teams in all of football. On the season, only the Texans are scoring fewer points per game than the Jaguars (15.7). Rookie QB Trevor Lawrence is going through obvious growing pains, and he has a tough assignment here on the road.

Los Angeles’ defensive front has sacked the opposing quarterback 30 times this season, which is good for 6th in the league. They should be able to give Lawrence a tough time. The Rams’ secondary is also very talented, and Jalen Ramsey should be looking to make some big plays as he goes up against his former team for the first time. Overall, it could be tough for the Jags to eclipse this number.