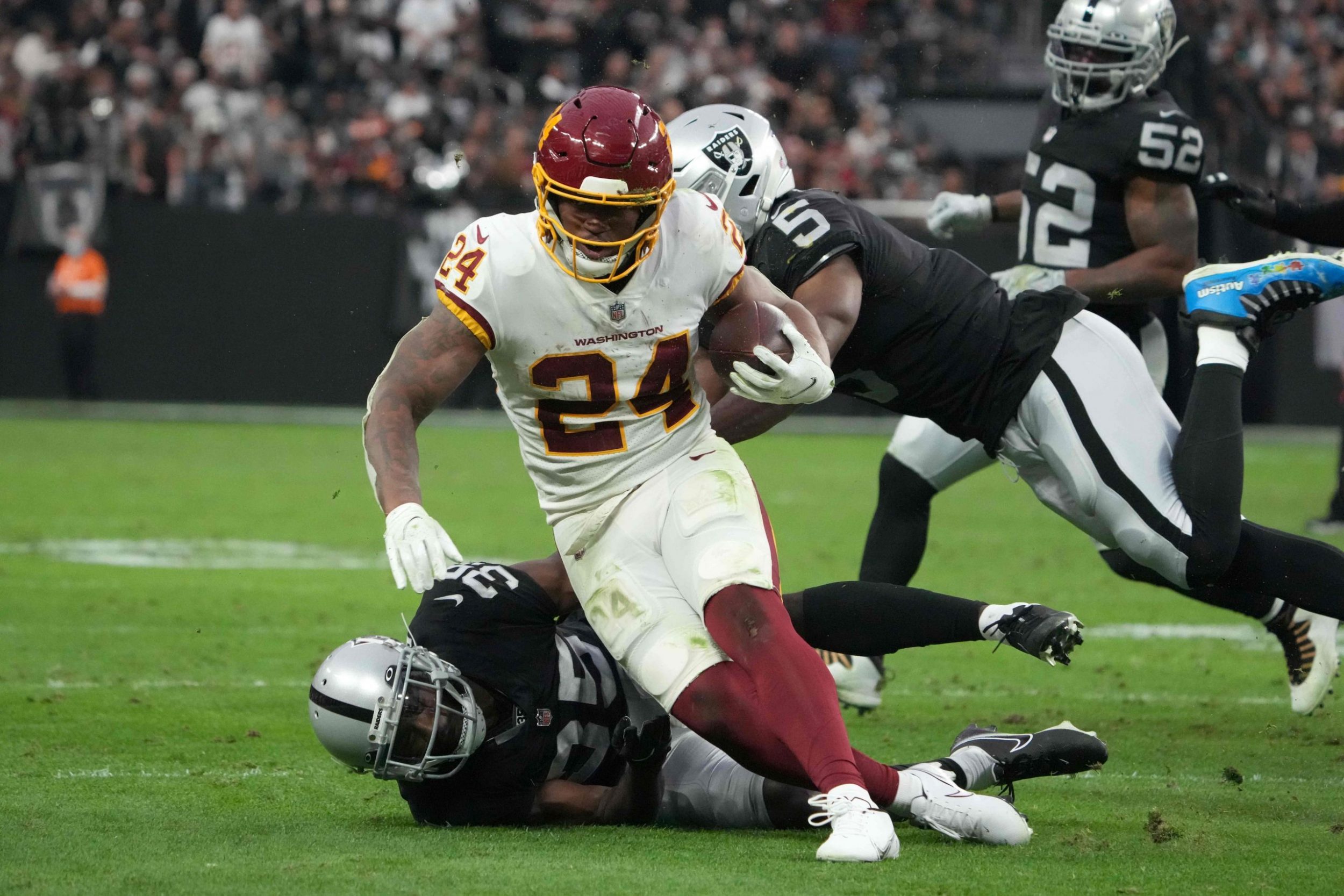 Sunday’s NFL Week 14 game between the Dallas Cowboys and Washington Football Team could go a long way to deciding the destiny of the NFC East title, in a group that has a lot of divisional games still to play. The Giants have played half of their 6 divisional contests so far, Dallas and Philadelphia just 2 each and Washington, will be playing exclusively against it divisional rivals for the rest of the regular season (Cowboys-Eagles-Cowboys-Eagles-Giants!).

Dallas enters this 1:00 pm ET FOX game with an 8-4 record, while the Football Team are up to 6-6 after winning 4 straight games. We have put together a 4-leg same game parlay for the game, which pays +1036 odds with FanDuel Sportsbook.

Dallas Cowboys began the 2021 season as a spread-covering machine, rewarding bettors who picked them in each of their first 7 games, but the shine has begun to wear off and they may again be overrated by sportsbooks for this game. The much-improved Football Team are clearly not so far behind the Cowboys in terms of ability as it once seemed, and getting 4.5 points for the home underdog is attractive. Dallas has covered in only 2 of the last 5 games — the blowout win over Atlanta and last week’s home success over an injury-stricken Saints team. The Cowboys failed to cover in their tame performance against the Chiefs and also lost straight up when favored against the Broncos and Raiders. Both of those teams are 6-6, which happens to be exactly the same mark as Washington, since the Football Team won their last 4 games against the Bucs, Panthers, Seahawks, and Raiders. The last 2 wins have been by just 2 points, but even a narrow loss is good enough for this play with them getting a useful start.

In the same way that Dallas games this season have gone from them covering regularly to them not covering, there has been a switch to unders in Cowboys games after a host of early overs. Only 1 of their first 6 games this year went under, but it has been 5-1 the other way in the second half of their season to date. It has been a similar story for Washington, with 4 of its first 5 games going over in a period when the defense did not at all look like the elite unit we had been promised in preseason. There have been clear signs of progress in that area, though, contributing to a run of 6 unders in their last 7 games (the exception was a game against Carolina that went over the line of 43 but still had only 48 points — the same as this mark).

None of Washington’s last 7 games has gone above this line and while the Cowboys bring more of an offensive threat than most of the teams they have faced in that time, this contest looks more likely to develop into a late-season grind-it-out game than a shootout. Take the under.

If Washington is going to win or even go close, Antonio Gibson will surely have to play a big role as he is the key performer on their offense. The Washington coaching staff seems to have finally figured out that he is the horse they should ride and his usage has risen sharply in the last 4 games, in which he has had 24, 19, 29 and 23 carries having had more than 14 only twice in the first 8 games of the season. He has posted rushing yardage totals of 64, 95, 111, and 88 in those games, and while Dallas defends the run better than the pass it is still giving up 4,5 yards per rush — with a lot of that figure coming against less talented backs than Gibson.

Lamb is the Cowboys’ leading receiver this season, with 829 yards in 11 contsts — which is 75.4 per game. He has had a couple of dud yardage games (14 against the Chiefs, 23 against the Broncos), but they are outweighed by his big days (94 vs Falcons, 112 vs Vikings, 149 vs Patriots, 84 vs Giants), and having a Dallas player prop over alongside our Washington spread and under total picks gives a nice contrary angle to boost the parlay odds.