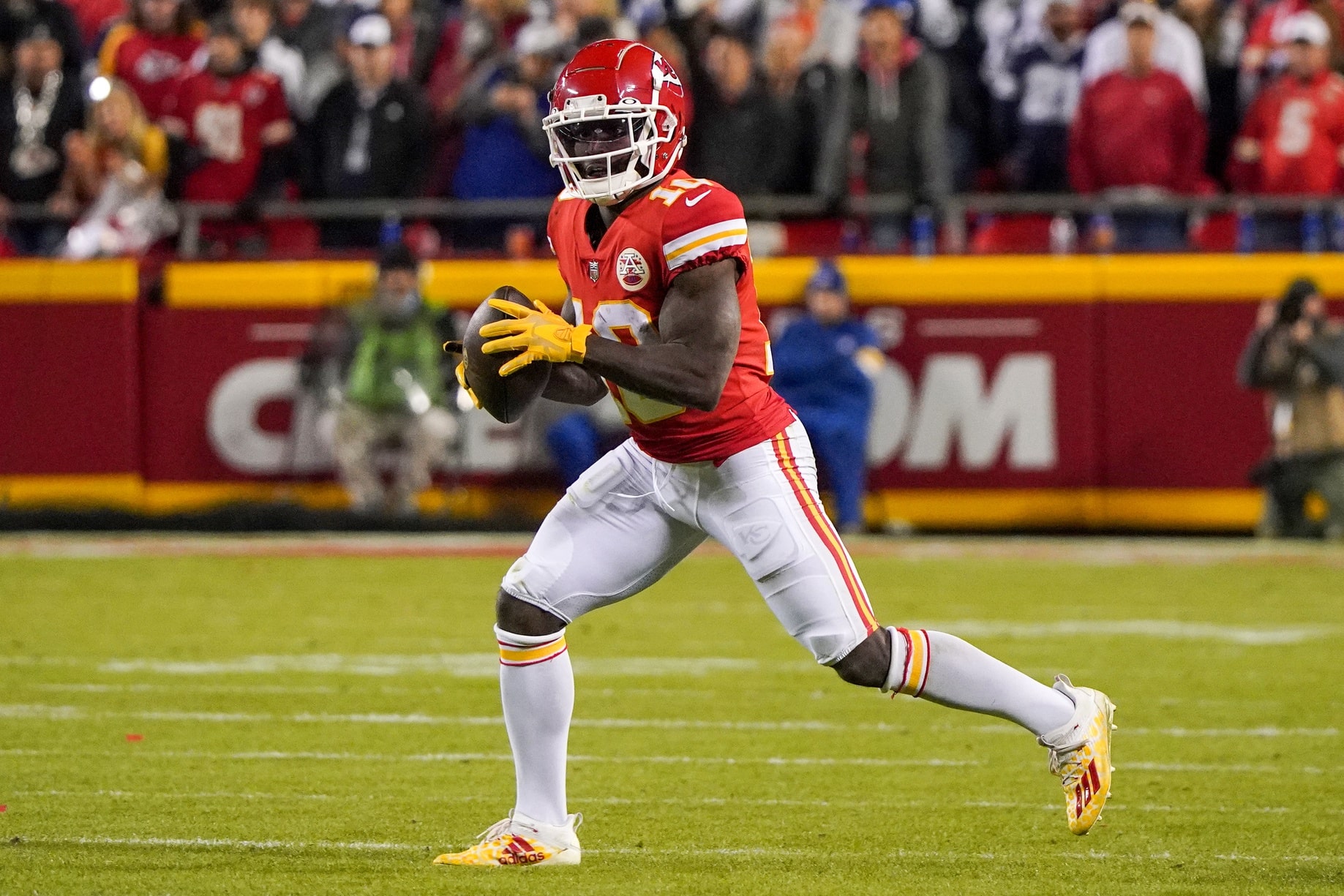 The Chiefs have taken a grip on top spot in the AFC West with five straight wins, easing past the Denver Broncos on Sunday Night Football in Week 13 to improve to 8-4. Another divisional rival visits Arrowhead this Sunday in the form of the Las Vegas Raiders, who slumped to a 17-15 loss to Washington last time out.

At 6-6 in the hotly contested AFC, the Raiders can’t afford another loss if they are to make the playoffs this year but beating the Chiefs, who have owned the Silver and Black recently, winning 14 of their last 17 games, is a tall order.

You can read our full preview of the Las Vegas Raiders vs Kansas City Chiefs here, while below is our same game parlay for the divisional matchup.

I landed two out of three same game parlays in Week 13 so let’s get stuck into our reasoning for this selection.

A switch has been flicked in the Chiefs defense with Andy Reid describing them as “beautiful to watch” after they shut down the Broncos last time out. Kansas City have now held opponents to fewer than 20 points in five straight games, a run which includes limiting the Raiders to 14 points in Las Vegas.

The defense has now had two or more turnovers in six of the last seven games and has overtaken the offense as the most productive unit on the team right now. Kansas City’s offense put up 41 points when they last faced the Raiders but that looks an anomaly – the Chiefs having scored 20 points or less in five of the last six.

The Raiders aren’t putting up big numbers themselves, scoring 16 points or less in four of their last five games. Darren Waller was sorely missed against Washington and there’s a chance he could sit out this game too, while deep threat DeSean Jackson is banged up. Las Vegas has a frisky defense too, one that will have been hurt by the beatdown they suffered at the hands of the Chiefs just a few weeks ago. The cherry on top of the points cake is that the under is 13-3 in the last 16 meetings between these teams at Arrowhead and that looks like a strong way to kick off our parlay.

If Waller and Jackson are missing for the Raiders again then that could lead to Hunter Renfrow having yet another big day having had a season-high number of targets and catches in the loss to Washington. Renfrow has gone over 100 yards in back-to-back games now and it would be a major surprise if he didn’t get the lions share of the work this Sunday.

Only Waller has had more redzone targets than Renfrow, who got in the endzone against the Chiefs in Week 10. He has four touchdowns on the year and is fancied to add to his tally on Sunday.

Patrick Mahomes has been a little reserved in his play of late, throwing for zero touchdown passes in the win over the Broncos. That resulted in Tyreek Hill ending the game with his second-worst stat line of the year but he figures to bounce back against the Raiders, a team he usually performs well against.

The Cheetah averages over 71 yards per game in his career when facing the Silver and Black and has scored three touchdowns in his last two appearances, including the opening score in this season’s meeting.

Hill has eight touchdowns on the year with two of those being the first TDs of the game for the Chiefs. Hill has opened the scoring for Kansas City in two straight games against the Raiders and we like his chances of extending that streak.