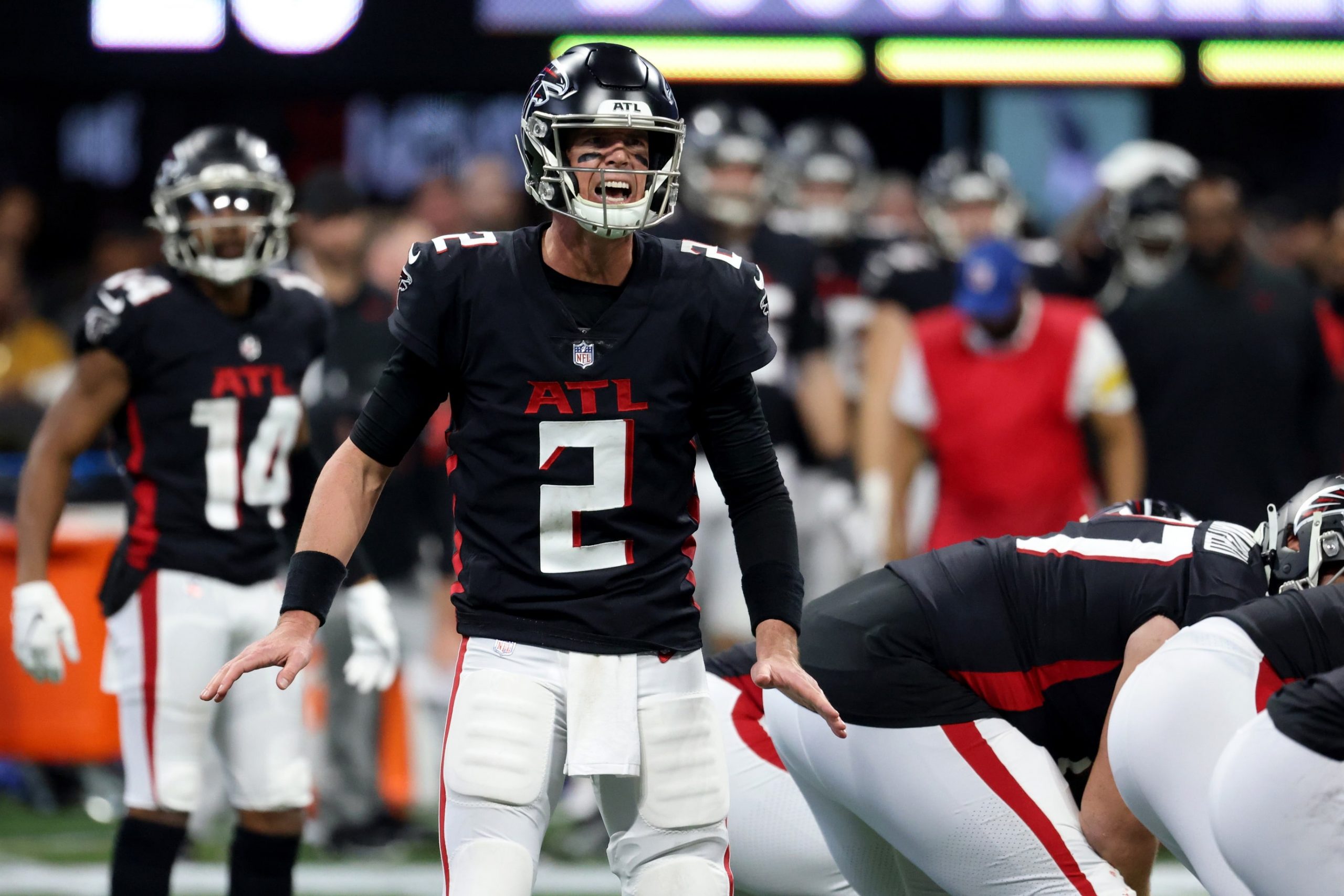 The Panthers and Falcons are teetering on the brink in the playoff race at 5-7 after combining for 4 wins across the last 15 games and defeat for either on Sunday could prove the tipping point for one of these NFC South sides.

Carolina return from their bye week without offensive coordinator Joe Brady after he was fired following the 33-10 loss to the Dolphins. Matt Rhule has placed Jeff Nixon in temporary charge of an offense ranked 31st in weighted DVOA with Cam Newton’s return having failed to ignite a revival. Newton was benched against Miami, while the Panthers also lost Christian McCaffrey for the season in that game.

Atlanta head to Carolina hoping to avenge the 19-13 loss inflicted by the Panthers in Week 8 but are hardly in great shape themselves after slumping to a 30-17 defeat against the Buccaneers last Sunday. The defense is struggling to stop anyone, while the cupboard is bare as far as the offense is concerned.

It doesn’t look easy to separate these two teams on paper so perhaps the way to play this one is with a same game parlay. Luckily, we’ve done the hard work for you in that regard, assembling a treble that pays out at +419.

Don’t forget, you can read our full preview of the Atlanta Falcons vs Carolina Panthers here.

Two bad offenses plus one good defense should add up to the under cashing, as it has done in the Panthers’ last 4 games, and in 13 of the last 17 meetings between these NFC South franchises.

The Falcons are heavily reliant on Cordarrelle Patterson making big plays to keep the chains moving with Russell Gage and Kyle Pitts finding it tough to make an impact. Matt Ryan remains an above-average quarterback but at this stage in his career he is struggling to escape pressure; not helpful when you are playing behind an offensive line as bad as Atlanta’s.

The Falcons are scoring 18 ppg on average this season, the 27th lowest average in the league with the Panthers only slightly better off at 19.7 ppg. Carolina made the decision to dismiss OC Joe Brady after scoring just 10 points against the Dolphins in a game where Newton finished with a stat line of 5 for 21, 0 touchdowns and 2 interceptions. Replacement PJ Walker didn’t perform much better and the Panthers will need to lean heavily on their run game to function going forward.

Although Carolina’s defense gave up 33 points to the Dolphins, they have been excellent in the main this year, ranking seventh in total defense DVOA and allowing the seventh-fewest ppg on average. They restricted the Falcons very well in the first meeting of the season, holding them to 213 yards total, and a repeat performance looks likely.

Chuba Hubbard is again the RB1 in Carolina after McCaffrey went down with yet another injury, cutting short his season. Hubbard will need to prove he’s worthy of that spot though with Ameer Abdullah having cut into his reps recently and the former Lion could take on the role of the main pass-catching back.

Hubbard should still get the bulk of the work on the ground though and couldn’t wish for a better opponent to demonstrate his talents against. The Falcons allowed 203 rushing yards the last time they faced the Panthers – 82 of which were collected by Hubbard – and are giving up over 119 yards per game on average.

With the Panthers passing attack way off the mark recently, expect them to lean heavily on the run in Week 14, much to Hubbard’s benefit.

This has been a rough season for Matty Ice and you wonder for how much longer he will be the starter in Atlanta. The Falcons’ struggles on offense aren’t all his fault with an offensive line that gave up 5 sacks and 11 QBs hits against the Buccaneers a big part of the problem. So too is a receiving core that lacks depth, putting Ryan in a tough spot.

The 2016 MVP put up over 200 passing yards for the first time in four games in the Week 13 loss to Tampa Bay but could dip back below that number in Carolina. Even with starting corner Donte Jackson going on the shelf, the Panthers pass defense is top draw, giving up 176.7 yards per game on average – the second-lowest average in the NFL.