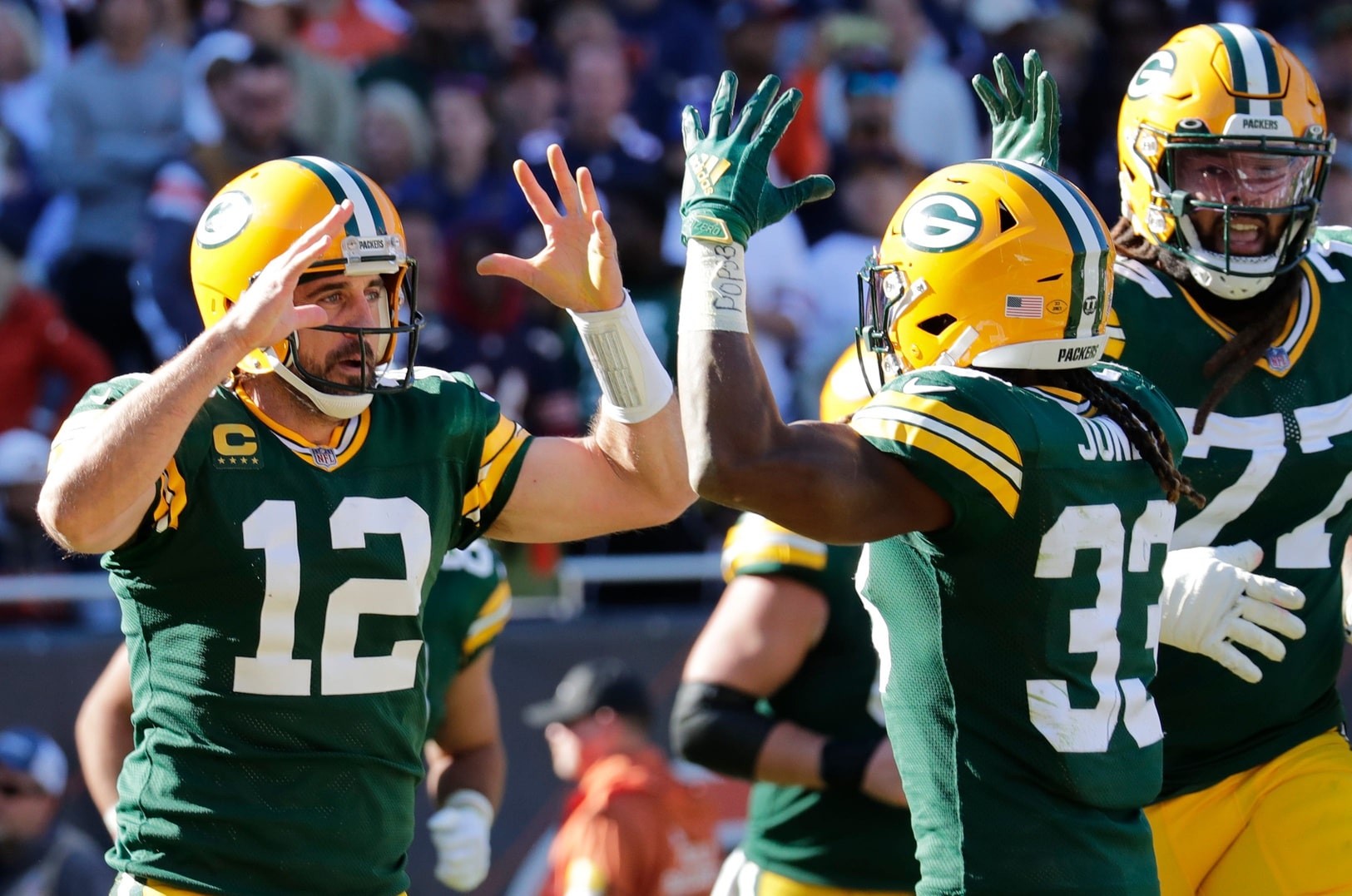 It’s gameday for the Green Bay Packers and Baltimore Ravens and yet we still don’t know for sure if Ravens quarterback Lamar Jackson will be taking the field to face Aaron Rodgers.

Jackson has not been able to practice all week due to the ankle injury he sustained in last week’s loss to Cleveland, but still “has a chance” to play, according to head coach John Harbaugh. It seems increasing likely, though, that Tyler Huntley, who impressed when taking over under center last week, will get the start.

Some props are understandably unavailable for this game given the doubts, but we’ve put together a 3-leg same game parlay for the 4:25pm ET game on FOX that could cash whether or not Jackson starts.

Better still, we’ve managed to find one that pays exactly +1000 odds with DraftKings Sportsbook, how about that? Here it is:

Huntley did a solid job for Baltimore last week, passing for 270 yards including a sweet sideline dime, and rushing for 45 more while showing great quickness. The Ravens’ recent performances overall, though, have been lethargic and it’s no surprise to see them as home underdogs against the new holders of the NFC’s top playoff seeding, the Packers. The Ravens threw away their previous game against a lackluster Steelers team and had also failed to impress in their previous wins over Cleveland and Chicago after losing to Miami.

The Packers have had their own recent issues, losing to the Vikings and going behind early to the Bears either side of an impressive win over the Los Angeles Rams. Rodgers is having trouble with a toe injury, but says it won’t keep him off the field. The loss to the Vikings was the only game in which the Packers have not covered the spread since their Week 1 meltdown against the Saints, and they should prove to be the best team the Ravens have met for some time. Take Green Bay to cover.

If Rodgers is really suffering with his injured toe, it’s not yet showing up in his stat lines. In the last month, he has passed for 292, 385, 307 and 341 yards, so take him to have at least 280 against the Ravens and expect more of the same. The Ravens are pretty good at stopping the run, but they are struggling to defend the pass, giving up an average of 280 passing yards per game. They could be in big trouble when Rodgers arrives in town as he’s certainly an above-average QB.

There is one Baltimore player prop that can be approached without having to worry about who’s playing QB. The offense runs through tight end Mark Andrews these days whoever is taking the snaps. Andrews has scored all 6 of his TDs this season in Baltimore’s last 9 games, with 3 in the last 5. He became an even bigger feature when Jackson went down in Cleveland, catching all 11 of his targets from both QBs for 115 yards against the Browns. A contrary leg lifts the odds nicely and while a big passing day for Rodgers can lead to a handy Green Bay win, any Baltimore resistance is likely to be led by their star tight end.