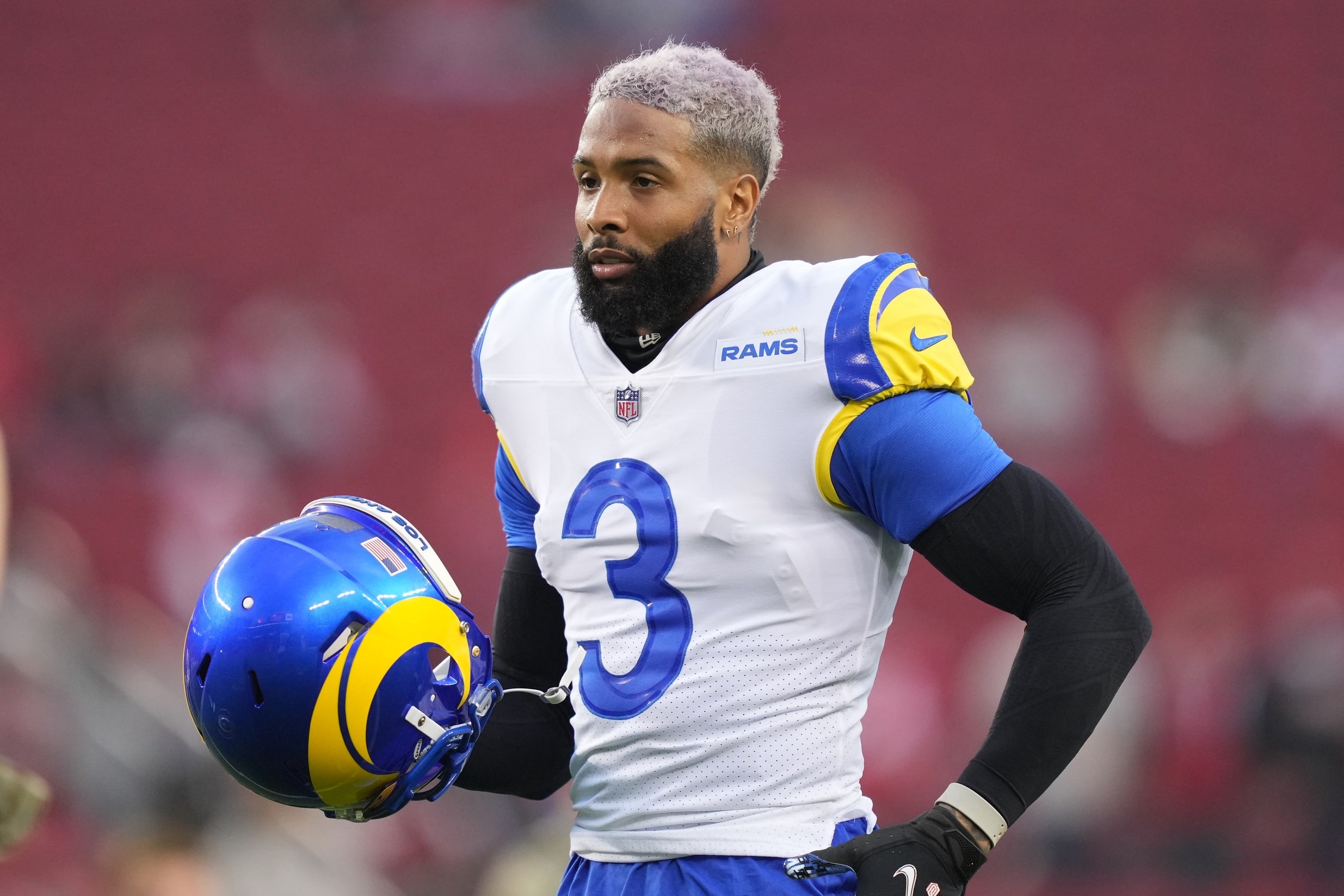 The 2021 NFL season has been a wild ride, and we still have two games left to play in Week 15. That’s right, Tuesday Night Football is here. What better way to make this special occasion even more exciting than by betting a same game parlay? I cashed our mega parlay for Week 13 on Sunday at +1255, and I also hit the Week 11 mega parlay at +1762, so I’m feeling it right now when it comes to big money parlays.

We have a 2-leg same game parlay which pays out at almost of 15/1 with FanDuel Sportsbook. Let’s break it down.

To start this same game parlay we have Beckham getting to 100 yards for his first time as a Ram. In his first game with Los Angeles OBJ barely played, so he’s only really had three games with his new team. In two of those three games he’s gotten to at least 77 yards, so I really don’t think 100 is some huge longshot. And he’s only still just beginning to build a rapport with Matthew Stafford.

The Seahawks are pretty stout against the run, so Sean McVay is going to look to attack Seattle through the air. When the Rams and Seahawks first played this season, it wasn’t Cooper Kupp leading the team in receiving. It was Robert Woods, who went off for 12 catches and 150 yards as Seattle focused most of their attention on Kupp. I think we could see something similar here, with OBJ having a Woods-esque outburst. Stafford had 365 yards in that first game against Seattle, so there should be plenty of yards to go around.

This concludes our simple two-leg same game parlay. FanDuel’s calculator gives us an odds boost since they think these two plays don’t correlate, but I don’t see it that way. I like the under here because I’m pretty pessimistic about Seattle’s offense. When these teams first played this season there were only 43 total points, and that was when both teams were healthier on offense. Los Angeles still had Woods, and the Seahawks were playing with Tyler Lockett. Both of those guys are out for this one. Lockett has been the engine of Seattle’s offense lately, and his absence is a huge blow. Jalen Ramsey has been effective at neutralizing DK Metcalf in the past, so Russell Wilson won’t have anyone left to throw to.