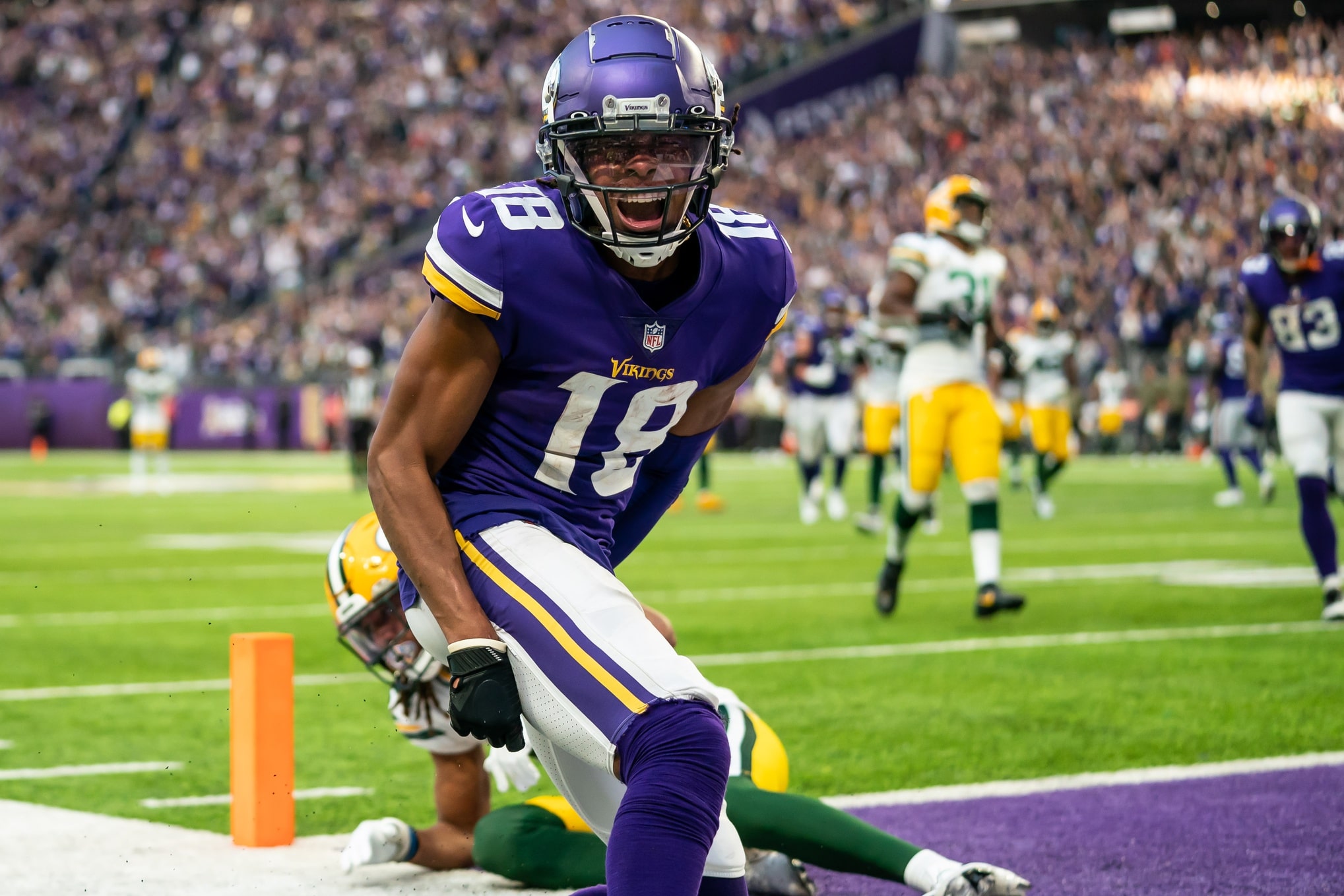 Monday Night Football throws together NFC North rivals Chicago and Minnesota with one team in desperate need of a win to keep their playoff hopes alive. There are no prizes for guessing who that team is with the Bears now having less than a 1% chance of landing a wild-card spot after falling to 4-9 via an entertaining loss to the Green Bay Packers.

It’s back-to-back primetime games for Chicago, who are 4.5-point underdogs for the visit of a Vikings side that is 1-4 against the spread in their last 5 visits to the Windy City. They’ll need to handle their business far better this time around if they want to stay in the playoff hunt after improving to 6-7 with a nail-biting win over the Steelers. That was the 12th time this season Minnesota have been involved in a game decided by fewer than 8 points and based on that, and their history in Chicago, it’s unlikely to be a straightforward night.

We’ve put together a same game parlay for MNF which returns at +475 odds with DraftKings Sportsbook. Our selection and the reasoning behind it is broken down below.

Read our full preview of Minnesota Vikings vs Chicago Bears

The Vikings are no stranger to the over, which has landed in their last 4 games and 8 of their previous 9 road matchups. It could cash again if the offense plays up to the potential we saw from them in the victory over the Steelers. Dalvin Cook had a monster game, posting 205 yards and two touchdowns as Minnesota piled up over 400 yards of offense for a second consecutive game. Kirk Cousins continues to play to a high level and should enjoy facing a banged-up Bears secondary.

For their part, Chicago’s offense has looked far better since they gave rookie quarterback Justin Fields more freedom. The Bears gave a glimpse of their potential when scoring 24 second-quarter points against the Packers. Offensive coordinator Bill Lazor is set to miss the game through COVID, meaning head coach Matt Nagy will be in charge of calling the plays and while that is a concern, it’s not enough to put us off taking the over. The Vikings rank 26th in DVOA against the run and have given up over 251 passing yards per game on average so there should be opportunities for the Bears.

Justin Jefferson is rapidly catching Cooper Kupp in the top receiver race, climbing to 1,288 yards with his 79-yard haul against the Steelers. He could have had a much bigger night had he been able to come down with a couple of contested catches and on another day he would have gone over 100 yards for a sixth time this year. With Adam Thielen trending towards missing the game due to an ankle injury, Jefferson and KJ Osborn are likely to be Cousins’ main targets.

The Bears haven’t done well defending the pass all year, ranking 23rd in DVOA, and that was before they lost a number of players in the secondary to COVID and injury. Jefferson went over 100 yards in both his games against the Bears last year and you wouldn’t count against him pulling off the three-peat with the form he’s in.

The Vikings defense brought the heat against the Steelers, recording 5 sacks and 7 quarterback hits. Ben Roethlisberger is a much easier (and bigger) target to hit than Fields, but the Bears rookie will need to be on his toes playing behind a porous Chicago offensive line. Jason Peters could be missing from the Bears line and we should see plenty of Fields escaping the pocket, as well as a few designed run plays.

Fields has looked far more comfortable since gaining the confidence to scramble a bit more, running for 74 yards against the Packers. He’s had at least 40 rushing yards in 4 of his last 6 games and could have some joy against a Vikings defense that has struggled to contain mobile quarterbacks.