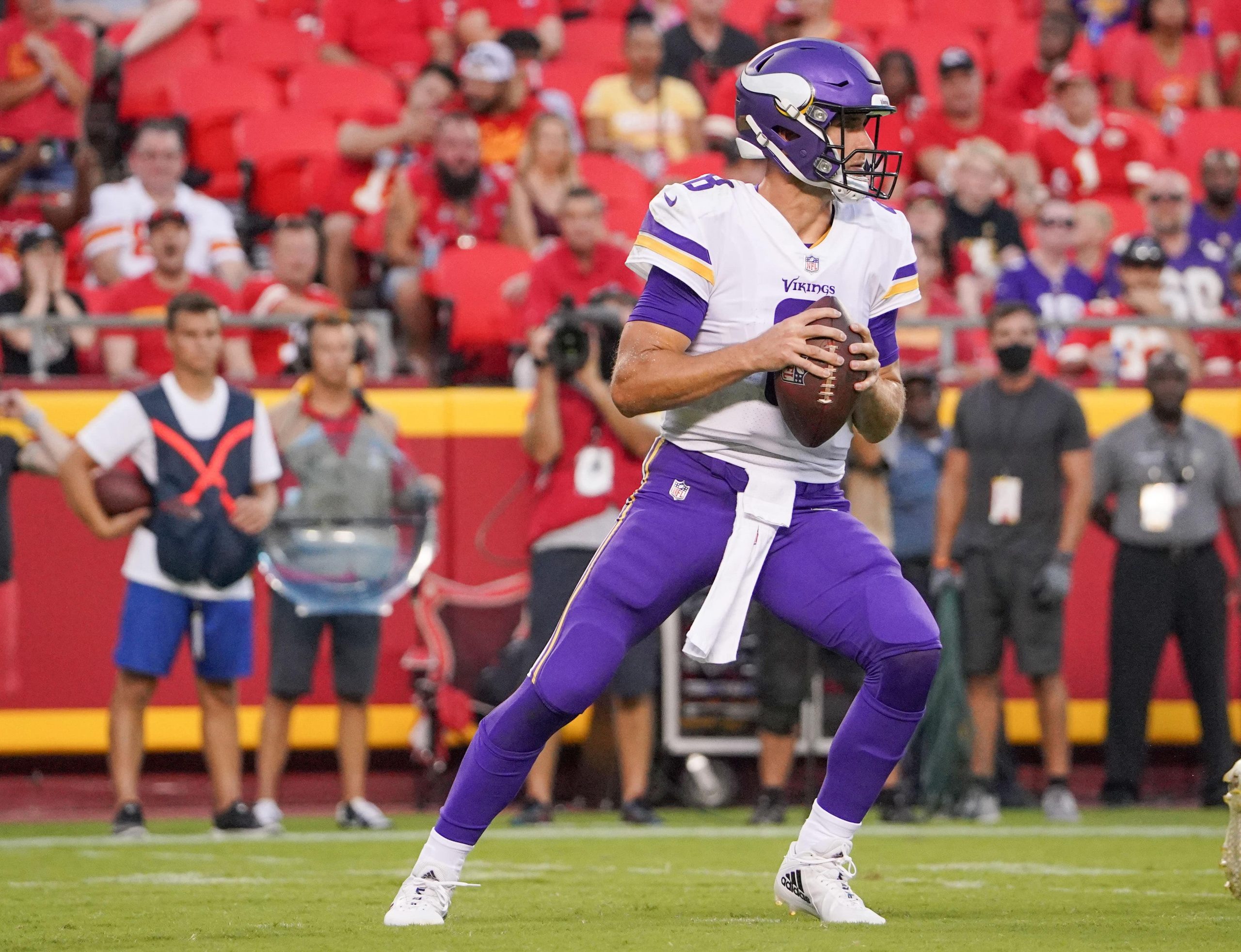 Whew! The 2021 NFL season sure has been a wild ride, and we’re approaching the home stretch now. We have a great Week 16 slate continuing on Sunday, which will be highlighted by some big division rivalry games including the Patriots hosting the Bills and the Ravens taking on the Bengals. It’s an NFL Sunday; we might as well celebrate by trying to hit the jackpot and score a massive payday, right?

Without further ado, here is our 12-leg Week 16 millionaire parlay.

Make sure you check out our picks for EVERY NFL Week 16 matchup!

It looks like Jake Fromm is going to make the first start of his NFL career here. I don’t think it’ll go too well on the road against a resurgent Eagles team. If it’s Mike Glennon under center things might be even worse for the G-Men.

I’m a believer in this Vikings team. They’ve got way more talent than their record suggests, and getting them as this big of a home ‘dog has value. On the flip side, I think the Rams are being overrated just because they’ve beaten a few struggling teams recently.

The Patriots won narrowly the first time these teams played, but the Pats had a big advantage there because of the weather. Now that it’s not an epic snow game, Buffalo’s passing attack will rule the day.

I don’t care who is out for the Bucs on offense here. There’s no way I’m taking a team that appears set to platoon Cam Newton and Sam Darnold over Tom Brady. Especially Brady coming off an embarrassing primetime loss where he was shutout.

Call me crazy, but I actually really like the Jaguars here. Trevor Lawrence hasn’t had a great rookie season by any means, but he hasn’t looked nearly as lost as Zach Wilson has. The Jags’ defense has been better, and the Jets are going to be missing a slew of key guys here after a COVID outbreak.

I never thought I’d say these words, but the potential loss of Jared Goff is massive here. It looks like Detroit will be forced to start Tim Boyle against the Falcons, who is a big downgrade from Goff. Coming off a big win, the Lions should crash just as hard as they did after their first victory.

Davis Mills, without Brandin Cooks at his disposal, against Justin Herbert? Yeah, I’ll pass, thanks.

Give me the Bengals for this pivotal AFC North matchup. It looks like Tyler Huntley will start for Baltimore here, and I’m not as comfortable with that as some are. Everyone is fawning over Huntley because of some comebacks he made while down double digits late in games, but I haven’t been as impressed.

I don’t think the Seahawks deserve to be this large of a favorite against just about anybody. Seattle is one of the worst teams in the league in my opinion, and their offense is completely lifeless.

Denver’s defense has quietly been playing like one of the best in the league the past handful of weeks. The insertion of Drew Lock under center could actually help spark something, and I’m not bullish on the Raiders after they just barely managed to squeak past a depleted Browns team led by Nick Mullens last week.

Even with COVID issues going on for the Chiefs, I have no interest in the Steelers here. And Ben Roethlisberger has no business playing NFL football. Even in their win last week, Pittsburgh had just 168 yards of total offense.

It wouldn’t be a millionaire parlay if we didn’t have at least a couple big money line ‘dogs right? Washington is getting Taylor Heinicke back, and their defense gave Dak Prescott major trouble when these teams first played.