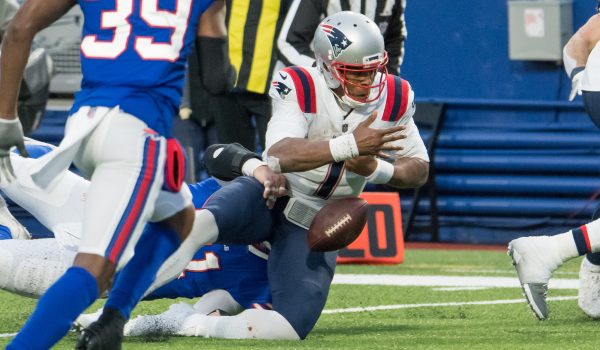 Monday Night Football in 2020 wraps up with a Week 16 showdown between the Buffalo Bills (11-3) and New England Patriots (6-8). The tables have turned for this one, as normally—for the last two decades, in fact—when it’s this late in the year the Bills are making offseason tee times while the Patriots are gearing up for the playoffs. Now the opposite is true: New England is mathematically eliminated, whereas Buffalo has clinched its first division title since 1995.

That doesn’t mean the Bills will be resting up and handing this game to the Pats on a silver platter. They are on track for the No. 2 seed in the AFC, which would potentially give them two home playoff games prior to a date with Kansas City in the conference championship game. They can earn a season sweep of New England, too, which would surely be some satisfying damage to inflict on an opponent that has been the ruthless beast of the division for so long. A six-game winning streak going into the postseason would also be nice—something Buffalo can accomplish by winning on Monday and then beating AFC East rival Miami in Week 17. The Patriots, meanwhile, are in the midst of a two-game skid that has ended their playoff hopes. This is the first time since 2008 that they won’t be a part of the postseason.

Be sure to check out our Bills vs. Patriots Monday Night Football predictions for our expert handicapper’s picks, both ATS and O/U.

The Bills opened as -6.5 favorites and the line has been all over the key number of seven ever since. It hit seven, went back down to -6.5, got up to -7.5 at some books, and has settled in right on that touchdown mark. The Patriots toyed with the idea of starting Jarrett Stidham on Monday night given that this is basically a meaningless game for them and it may be productive to see a younger quarterback under center as opposed to the veteran Cam Newton. Instead, New England is staying with Newton for at least one more week. Although the former Carolina Panther does not inspire much confidence at the moment, he is certainly capable of making this no worse than a one-score ballgame if he plays up to his potential.

Similarly, the total has climbed ever so slightly. It opened at 45 or 45.5 at most places and now stands at 46. Bettors have been reluctant to hammer either side in a game that features on team that has been inconsistent on defense (Buffalo) and another that has been inconsistent on offense (New England). For the most part, the Pats’ defense has been solid. They have not allowed more than 24 points all season long, which is the main reason why the under is 6-0 in their last six games.

Every Monday Night Football game in 2020 will be televised on ESPN. It started with the traditional back-to-back extravaganza in Week 1 featuring the Pittsburgh Steelers vs. New York Giants followed by the Tennessee Titans vs. Denver Broncos. From Week 2 through Week 16, the usual one MNF game is on the schedule. There is no Week 17 Monday event, as all games scheduled for the final weekend of the regular season will take place on Sunday afternoon, Jan. 3.

Twenty-five different NFL teams are appearing on Monday Night Football at least once in 2020, including 11 of last year’s 12 playoff participants. Four of those playoff teams will play on MNF twice (the Ravens, New Orleans Saints, New England Patriots, and Buffalo Bills). Tom Brady and the Tampa Bay Buccaneers also got two-time treatment on the schedule.

Of course, this is the year 2020 and consumers value different options. Being able to stream Monday Night Football beyond the traditional means of a cable TV channel is important, and there are ways to do it. Here are four different streaming services:

NFL 4 days ago
2021 NFL Draft First Round reaction: Belichick gets his chance, Lions punt on future

What a day. The first round of the 2021 NFL Draft is in the books,…
View Article

The start of the 2021 NFL Draft is so close we can taste it. There…
View Article