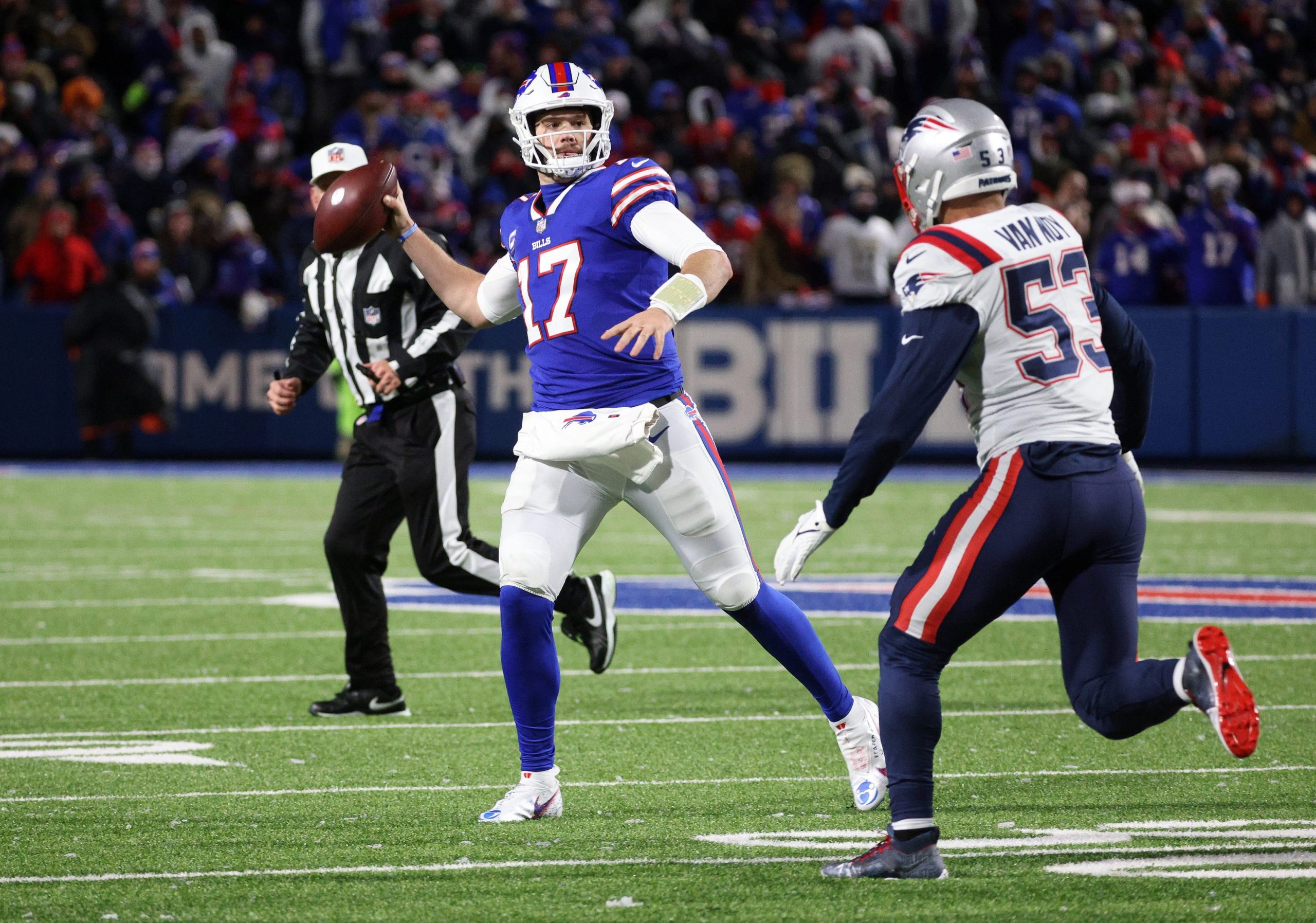 It’s Week 16 of the 2021 NFL season and we have a huge matchup in the AFC East between the Buffalo Bills and New England Patriots. The Patriots prevailed 14-10 when these teams met earlier this month in one of the craziest games of the season, but things are likely to be a little different this time now that the weather will be a little calmer. The Pats currently lead the division but that could all change if the Bills get the victory. Given how close we are to the end of the season and the importance of home advantage in the playoffs, both teams will be desperate to win.

This is sure to be an interesting matchup, and one way to add to the excitement is by betting a same game parlay. We have come up with a 3-legger that pays at +1691 with FanDuel Sportsbook.

The benefit of same game parlays is that you can add in some contradictory plays to get a nice odds boost the odds, when really they might not conflict too much. That’s what we have here, as taking a low-scoring game but throwing in a TD scorer like Dawson Knox sees the payout increase nicely. I think all 3 leg have a great shot at hitting. Let’s break it all down.

In the first part of this SGP, we’re taking the Bills to win straight up. As mentioned, these teams met three weeks ago in one of the craziest primetime games ever, as Patriots QB Mac Jones attempted just three passes in the midst of wild weather conditions. However, with the forecast saying things will be a lot calmer, I’m expecting Buffalo to show its quality. For one, their offense has been hot lately, and even with Cole Beasley and Gabriel Davis out, they still have plenty of quality to move the chains with Josh Allen looking to be getting his groove back. The Bills have also racked up 27 points or more in 3 of their last 4 games.

While I expect the Patriots’ defense to have some success in stopping the Bills, I don’t think it will be enough for New England’s own offense to keep them in the game. Mac Jones looked like a fish out of water against the Colts last week, and now in the biggest game of his career, he’s got to go up against a Buffalo team that has allowed just 5.8 passing yards per attempt (by far the fewest in the league).

Of course, the game between these two teams three weeks ago highlighted that the Pats don’t need to throw the ball to beat the Bills, but Sean McDermott should be well prepared for that element of New England’s attack. In much friendlier weather conditions, give me the Bills to get their revenge.

Given the strength of these two defenses this season, this one has low-scoring battle written all over it. As mentioned above, the Bills are allowing the fewest passing yards per attempt in the league, but the Patriots are 2nd in that category as they are allowing 6.4 yards. Both teams have the best pass defenses. It’s also worth noting that they have allowed a combined 27 passing touchdowns while making 37 interceptions.

After Mac Jones’ poor performance last week against the Colts, it’s hard to see him having much success this week. Head coach Bill Belichick may opt for another run-heavy game after what happened the last time these teams met. What makes that significant is that focus on the run game means that the clock will keep ticking, which in turn should result in fewer plays. While the Bills have been hot scorers in recent weeks, the Patriots had their number three weeks ago, and I’m expecting Belichick to once again frustrate Buffalo. Expect points to be at a premium in this one.

Although points should be hard to come by in this game, that doesn’t mean there won’t be any touchdowns in the game. If the Bills are to win, they’re going to need to find the endzone, and Dawson Knox could be the guy to do it. With Beasley and Davis out, I’m expecting Allen to lean on his stud tight end a little more than usual. Knox has been a great asset for the Bills’ offense, having scored 3 touchdowns in his last 4 games and 8 this season overall. The Patriots have been solid against that position, but Knox’s grit should see him targeted regularly and I like his chances to take advantage of those opportunities.

Check out the rest of our NFL Week 16 same game parlays!