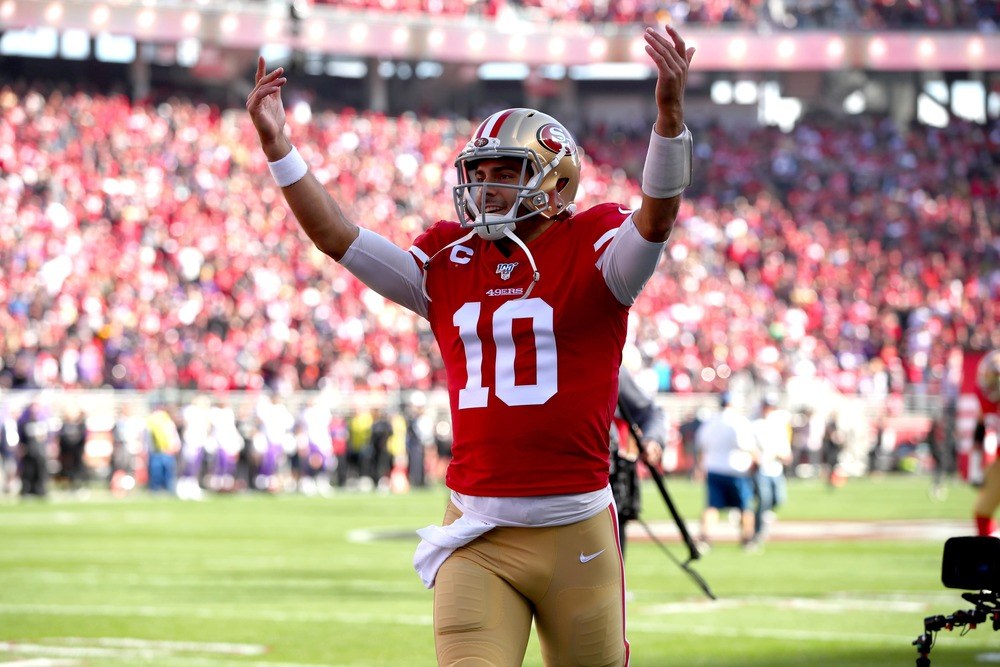 The 2021 NFL season has been a wild ride, and we’re already onto Week 16. That’s right; Thursday Night Football is here. It’s the last edition of TNF of the whole season, so what better way to make to celebrate than by betting a same game parlay? I cashed our mega parlay for Week 13 on Sunday at +1255 and I also hit the Week 11 mega parlay at +1762, so I’m feeling it right now when it comes to big money parlays.

We have a 3-leg same game parlay which pays out at north of 10/1 with FanDuel Sportsbook. Let’s break it down.

To start this same game parlay we have the 49ers on an alt spread. To say these teams are trending in opposite directions would be a big understatement. The Titans are floundering, and they just lost a truly embarrassing game to the Steelers. Tennessee managed to lose despite the fact that Ben Roethlisberger and Pittsburgh put up only 168 yards of total offense. That’s how disjointed the Titans have been on offense since Derrick Henry went down.

The 49ers, on the other hand, have been firing on all cylinders now that their offense is finally fully healthy. Tennessee’s defense is still very exploitable; it is being overrated just because they got to face a bunch of spiraling offenses at the same time. Four of the Titans’ past five games have come against the Saints, Texans, Jaguars and Steelers — four teams struggling mightily to score at the moment. The other team in that five-game span? It was the Patriots, and New England dropped 36 on the Titans.

If the first leg of our same game parlay hits and the 49ers are winning big, it’s going to be because Garoppolo kept up his recent strong play. Jimmy G isn’t getting any credit from the media, but he is averaging 8.5 yards per attempt this season. That’s not just ridiculously high, it’s the best mark in the entire NFL. Like I just mentioned, the Titans have only played one competent offense recently and they got torched in that game. Mac Jones threw for 310 yards. Garoppolo could throw for 70 less than that and still cash this over. The weakness of this Tennessee defense is the cornerbacks, and Kyle Shanahan is the kind of coach who will look to exploit that.

Check out PropBetGuy’s best player prop for 49ers vs Titans, where he’s sweet on Samuel

To wrap up this same game parlay and hopefully bring us home, we also have the over on Tannehill. I also think it correlates with the rest of the SGP. If the 49ers are up double-digits, it means the Titans are going to be chucking it in the second half and that Tannehill will see some soft coverages to rack up garbage time yards against. Cornerback is a weakness for the Titans, and it’s an even bigger weakness for the 49ers. Josh Norman, 34, is a key starter in their secondary — which tells you everything you need to know. The Titans’ pass-catchers are also getting healthier; it looks like Tannehill could have both Julio Jones and AJ Brown at his disposal for the first time in a while.

Find out our best touchdown scorer picks for TNF, including one play at +1000 odds!