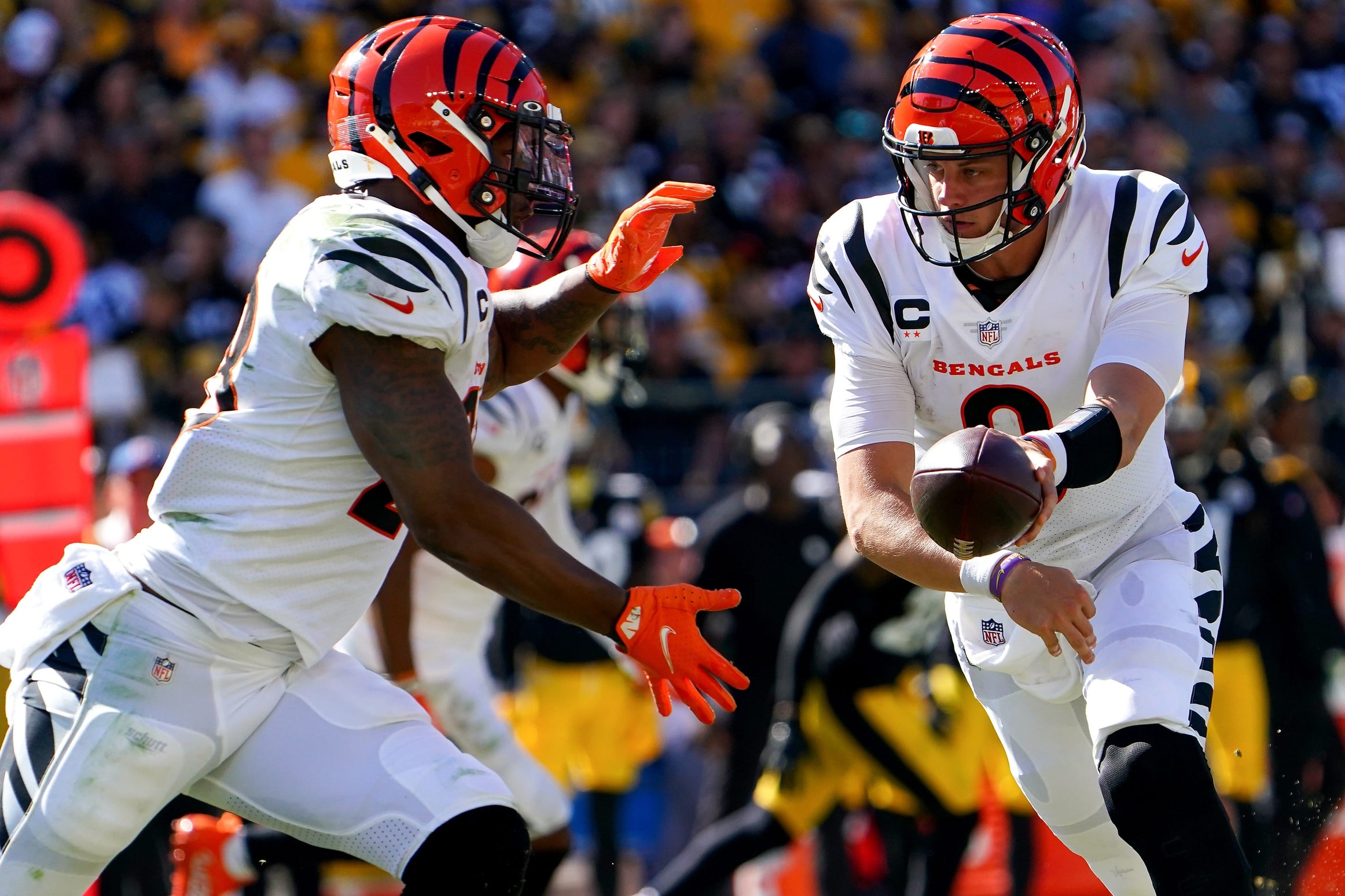 It’s the penultimate week of the 2021 NFL season and we’ve got a great matchup here between 2 of the AFC’s top teams as the Chiefs and Bengals do battle at Paul Brown Stadium. Both teams have been red-hot on offense lately, and Cincinnati no doubt would love a win not only to better their chances of winning the AFC North, but also to make a statement that they are ready to contend in the postseason.

This is sure to be a thrilling matchup, and one way to make it even more exciting is by betting a same game parlay. I’ve got a 3-legger for you here that pays at +841 odds on FanDuel Sportsbook.

Travis Kelce to score a touchdown (-140)

This same game parlay is pretty straightforward, and largely hinges on whether Bengals are capable of beating the Chiefs. Joe Mixon has been a machine and Travis Kelce will be motivated to prove himself after missing last week’s game, so I’m big on those 2 players finding the end zone. Let’s break it all down.

The Bengals have been up and down in recent weeks but last week’s emphatic 41-21 victory over the Ravens hinted that Cincinnati is getting hot at the right time. Their offense was in a totally different stratosphere in that game as Joe Burrow posted 525 passing yards, Tee Higgins and Ja’Marr Chase topped 125 receiving yards and Joe Mixon had 135 scrimmage yards. Cincy is really starting to show that it belongs in the playoffs and I’m expecting a fighting performance in front of their home crowd as they look to go another step closer to clinching the AFC North.

The Chiefs have been superb to watch in recent weeks and there is a reason they’ve won their last 8 games. At the same time, I’m still not convinced that this team is the same offensive juggernaut it was in the previous 2 seasons. Patrick Mahomes has at times looked fragile, particularly in the 34-28 overtime win against the Chargers in which the QB made a number of mistakes. The Bengals have the most passing yards per attempt in the league (8.7), and Burrow has a better completion percentage than Mahomes. I’m not saying it’s a sure thing, but Cincinnati has a lot going for it and at +175 looks a great starting point for this SGP.

Up next, we’ve got Bengals backfield superstar Joe Mixon to find the end zone. Mixon proved how much of an all-round asset he can be to Cincinnati last week as he put up 65 rushing yards and a score, along with 6 catches for 70 yards and another touchdown. He’s a threat in both parts of the game and it’s up to him and Chase to really damage the Chiefs. A lot was made of Kansas City’s secondary issues earlier in the season but lately it’s the run defense that has struggled, and the team has allowed the third-most rushing yards per carry (4.7) in the NFL. The Bengals will likely look to exploit that, and if Mixon gets fed I’m expecting him to score a touchdown.

Travis Kelce to score a touchdown (-140)

A slightly contradictory play, but if the Bengals win then I’d be gobsmacked if the Chiefs didn’t score at all. And the man I believe is likeliest to do so is Travis Kelce. The tight end missed last week’s demolition of the Steelers, and he’ll no doubt be rearing to go this week. He gets a favorable matchup too, as only the Chargers and Colts have allowed more receiving yards to tight ends than the Bengals. Kelce hasn’t found the end zone as often as you would expect this season, but he did do so twice against the Chargers in his last game and will be eager to build momentum ahead of the playoffs.

Check out the rest of our NFL Week 17 same game parlays!