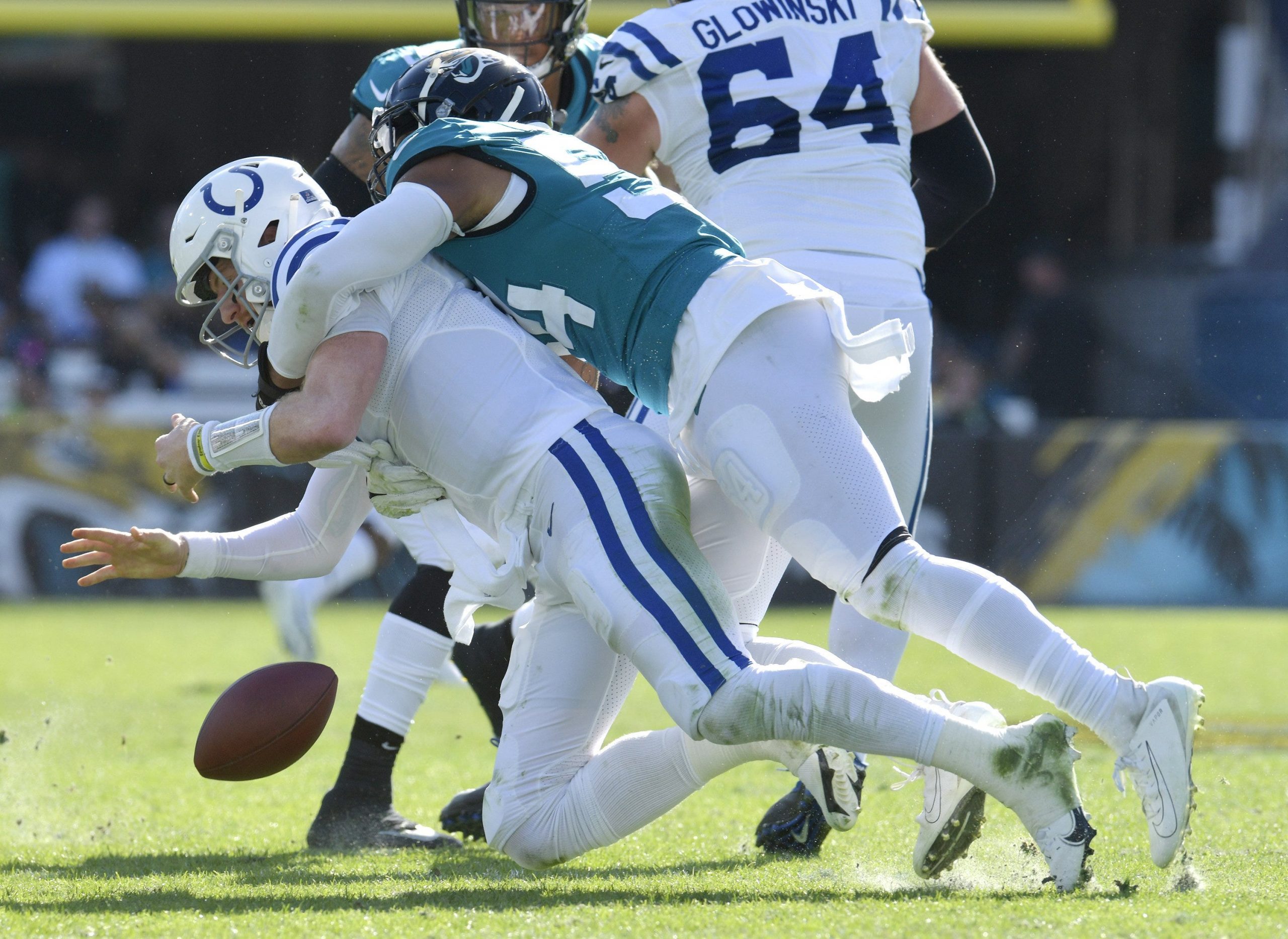 Well, the 2021 NFL regular season is in the books, and it was only fitting that we wrapped things up with some truly crazy games. Most importantly, I hope you had a successful day of wagering.

Before we turn our attention to the playoffs, it’s also important to digest what we just saw. Here are my top three takeaways from a betting perspective from a wild Sunday:

It’s only fitting that the first ever NFL Week 18 saw one of the most shocking upsets of the past few seasons. As an underdog of more than two touchdowns, the Jaguars stunned everyone by beating the Colts, eliminating Indy from the playoffs in the process. They didn’t just beat them either, they dominated them, winning by 15. Anybody have the Jaguars -14.5 alt spread?

In addition to being one of the biggest upsets in recent NFL history, it also completed the biggest collapse in recent NFL history. Most computer models gave the Colts around a 98% chance of making the playoffs just 2 weeks ago. How fast things change in this league. A lot of people were gobbling up Colts Super Bowl futures a month ago when they were coming on strong and becoming a trendy pick. I hope you’re not holding one of those tickets.

If you’re a fan of upsets, check out my 2021 recap of the ten biggest upsets from the year in sports.

Just about everybody, myself included, thought we were going to see Ben Roethlisberger’s last NFL game today. Then Big Ben said not so fast. The Colts’ surprise loss, combined with the Steelers gutting out an overtime victory over the Ravens, and the Chargers and Raiders just avoiding a tie, means Pittsburgh isn’t done yet.

That would’ve sounded absurd a couple of weeks ago. The NFL really does stand for Not For Long, doesn’t it? Roethlisberger hasn’t exactly been the reason the team made this late push, but it’s a cool story nonetheless. You can get the Steelers at a whopping 70/1 to win the Super Bowl at FanDuel right now. That tells you what the market thinks of them.

49ers sneak in by skin of their teeth

It wasn’t always pretty, but the 49ers snuck into the playoffs. Things started off disastrously as they fell into a 17-0 deficit. The calls for the end of the Jimmy Garoppolo era were growing louder by the second. Then they turned things on in the second half, winning an overtime thriller on a Matthew Stafford interception. Things came down to the Saints and 49ers, and it’s a tough break for a New Orleans team that finished strong with a big win over the Falcons.

Because of Arizona’s loss, Los Angeles still won the NFC West. But they slid to the 4th seed, and will now host the Cardinals in the first round of the playoffs. San Francisco got the 6th seed, and they’ll head to Dallas for wild-card weekend. The 49ers are around 30/1 to win the Super Bowl, and will surely be a trendy sleeper pick as we enter the postseason.