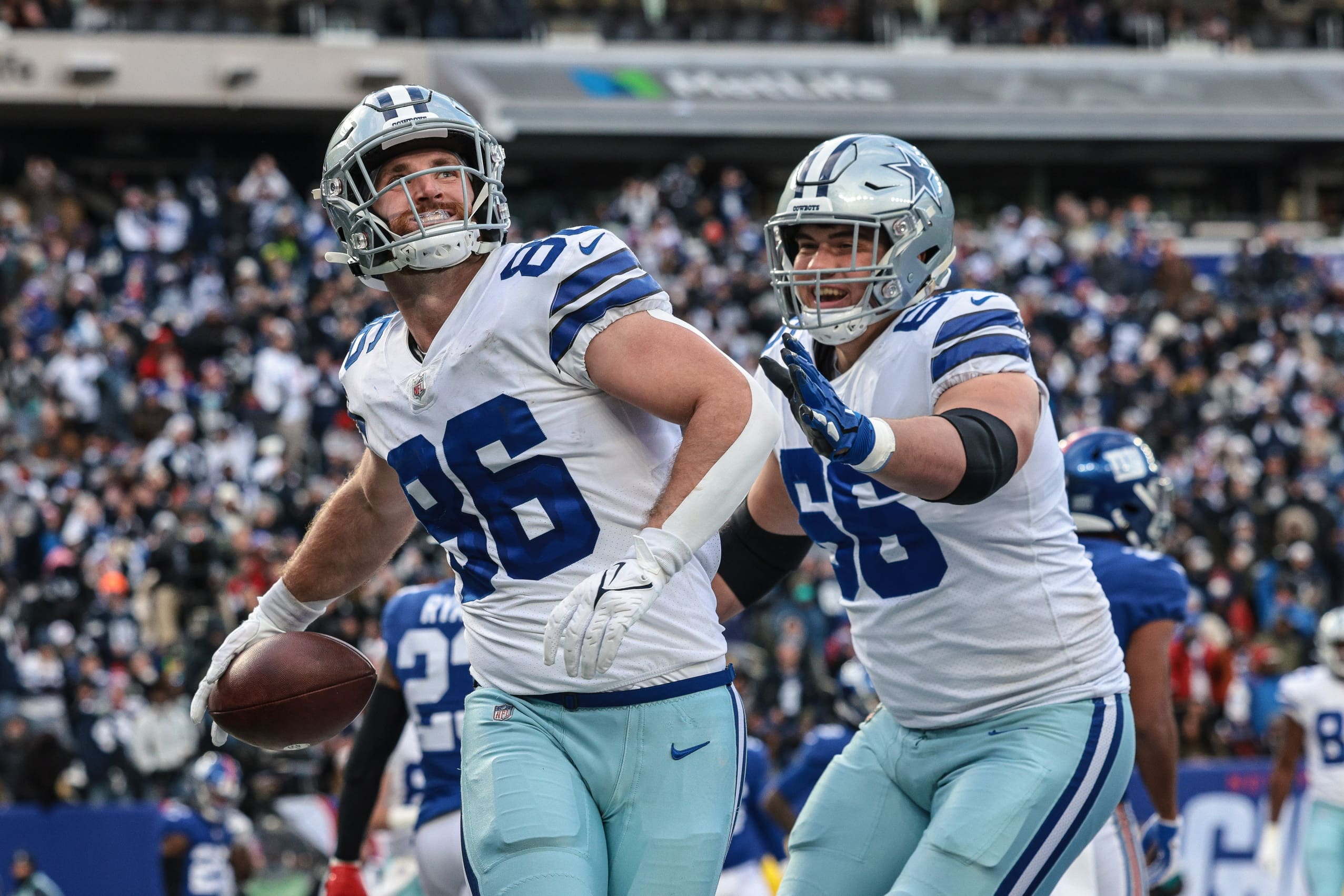 The final week of the 2021 NFL season is upon us and we have an NFC East matchup to enjoy on Saturday night as the Dallas Cowboys take on the Philadelphia Eagles. Both teams have already confirmed their spots in the postseason and although there is potential for some starters to be rested, expect the Cowboys and Eagles to be looking for some momentum ahead of the playoffs.

To add to the drama of this matchup, I have put together a same game parlay that pays out at +1542 odds with FanDuel Sportsbook.

Dalton Schultz to score a touchdown (+200)

The benefit of same game parlays is that you can throw in some contradictory legs to get a nice odds boost. That’s what I’m going with here, as betting on Schultz to find the endzone somewhat goes against the Eagles to win the game. But I believe both have a good chance of happening. Allow me to break it down.

Find out our picks for EVERY NFL Week 18 matchup!

Given that this is Week 18, it’s worth keeping an eye out to see if either of these teams will be resting players. Either way, at +180 I think the Eagles are good value to win this game straight up.

Philadelphia has won its last 4 games, and although those were against Washington (twice), the Giants and the Jets, the team looked solid in each of them and the offense appears to really be clicking. That is the case particularly on the ground, where the Eagles are averaging 5 yards per carry and have 24 rushing touchdowns this season — the most in the NFL. That also happens to be a weak point in the Cowboys defense, which has given up the 7th-most yards per carry and is tied for 2nd in 20+ yard rushes allowed. Miles Sanders is reportedly going to be rested, but I expect Boston Scott and Jalen Hurts to punish this Dallas team.

Speaking of the Cowboys, their run game has really struggled this year and that was highlighted in last week’s defeat against the Cardinals, where they managed just 45 total rushing yards from 17 attempts. They do have a great passing game with tons of weapons, but playing Philly on the road is one of the most intimidating games you can play in. I expect these Eagles fans to push their team to victory.

Both teams have put up plenty of points in recent weeks, so I think this total line of 43.5 looks a little too low. The Cowboys just put 56 points on Washington a couple of weeks ago and although they struggled a little against Arizona last week, I’m expecting Dak Prescott to launch the ball regularly to get the rapport with his receivers back on track. The Cowboys are tied for the 4th-most passing touchdowns this season at 35, and I believe Prescott will add to that tally.

As mentioned above, Philadelphia’s run game has been superb with the most rushing scores in the league, and the Eagles should have their way with a Dallas defense that may be getting a little too much credit based on their efforts against the pass. The Cowboys’ run defense could definitely do with some improvement and the Eagles should give them all they can handle. I’m not saying this will be a shootout, but the offenses have enough going for them that the over looks a good play.

Dalton Schultz to score a touchdown (+200)

To cap off this SGP I’m taking Dalton Schultz to score a touchdown. It conflicts with my Eagles ML pick, but for the over to also cash the Cowboys are going to need to find the endzone and Schultz has a lot going for him. For starters he has scored a TD in 2 of his last 3 games and in that time he has 22 receptions, so expect Prescott to target him often. He has also gone over 50 yards in each of those games, so has momentum on his side. What really makes this appealing though is the Eagles’ defense record against tight ends this season. They’ve allowed the 2nd-most touchdowns to TEs in the league (12) and the most receptions to them (102). It’s clearly a position they have trouble covering, and Schultz has proven lately that he is talented enough to exploit that.