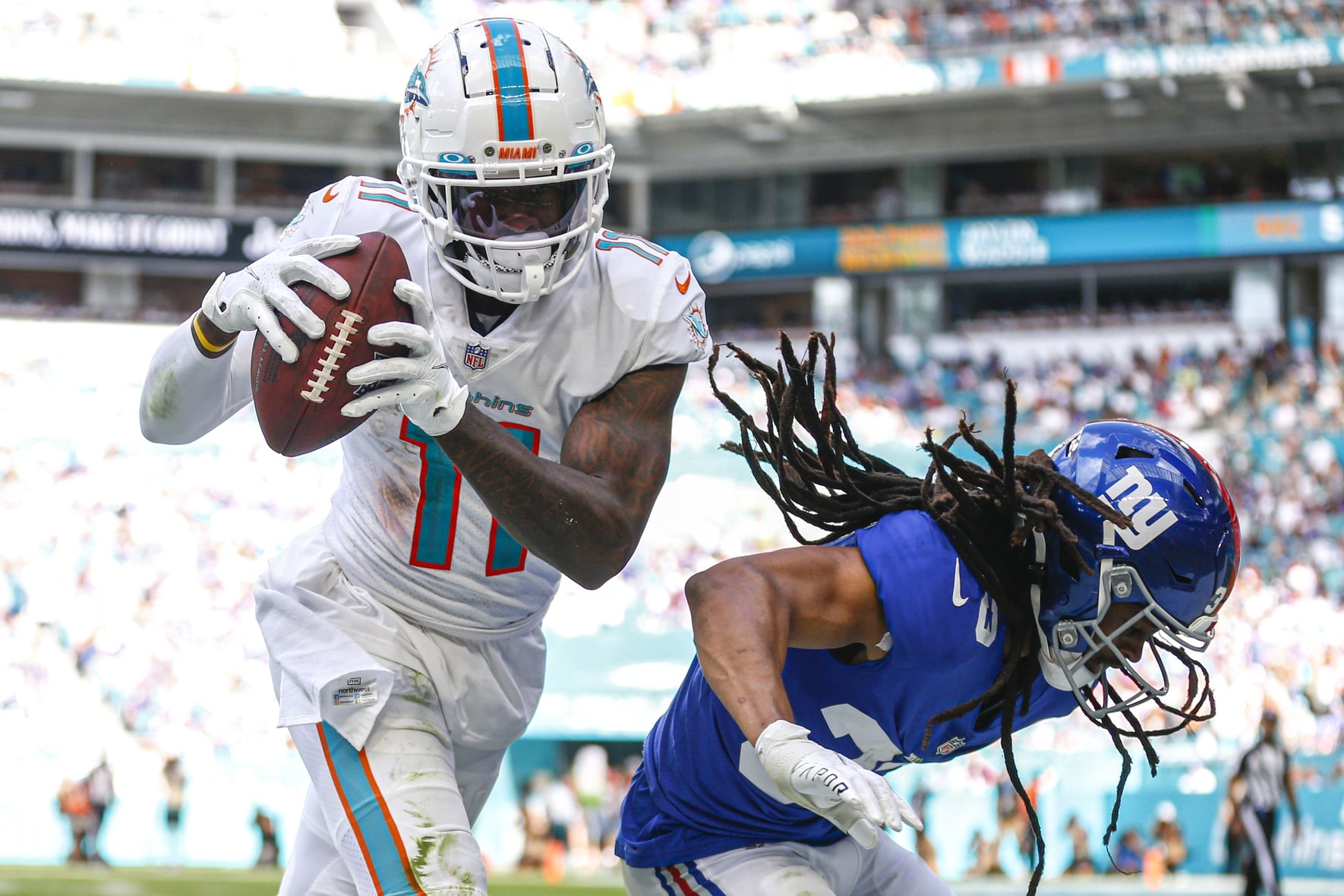 The New England Patriots returned to winning ways in style in Week 17 with a 50-10 demolition of what the Jaguars call a football team and now head to Miami still with an outside chance of winning the AFC East. The Pats need a win and for the Buffalo Bills to lose at home to the New York Jets to reclaim their divisional throne, and holding up their end of the bargain won’t prove easy.

The Dolphins are out of the playoff race after being thrashed by the Tennessee Titans but tend to enjoy themselves when New England comes to town, winning six of the last eight matchups. For the Week 18 showdown, we’ve put together a same game parlay that returns at+1738 with our reasoning for each selection below.

Hunter Henry to score a touchdown (+185)

DeVante Parker to score a touchdown (+280)

Having started the season 1-7, it’s a credit to the Dolphins that they made it all the way to Week 17 still with a hope of making the playoffs. Seeing those postseason ambitions ended by the Titans is a disappointment but there’s no shame in losing to Tennessee. What was a letdown was the manner of the loss as Miami were never really in the game and I’d expect Brian Flores to get a response from his players against his former team.

One defeat should not overshadow what a strong second half to the season the Dolphins have enjoyed on both sides of the ball. Tua Tagovailoa has looked more polished as the season has progressed, holding the highest completion percentage in the league before the poor showing in Nashville. Jaylen Waddle is a future superstar and if they can improve a rushing attack ranked 31st in the NFL, this offense can start to share more of the burden with the defense.

The defense has climbed to 10th in DVOA and their blitz-happy nature could cause Patriots quarterback Mac Jones a headache. Jones was excellent against the Jaguars but that doesn’t hide the fact he was poor in December. He could be the piece of the puzzle that eventually lets down New England in the playoffs with the rest of the fundamental elements in good order. This is a strong Patriots team that heads to Miami but one that might lack some motivation with the AFC East probably out of reach. The Dolphins are 7-2 ATS in the last 9 at home against and look a strong play to cover against a Pats side that could switch off if, as expected, the Bills are doing a number on the Jets.

Hunter Henry to score a touchdown (+185)

Henry can count himself unlucky to have been one of the only Patriots players not to get in the endzone against the Jaguars, especially with New England scoring five touchdowns from inside the 10-yard line. The former Charger finished the game with 3 catches for 37 yards on 5 targets and there could be some value in taking him to score a touchdown now after two games without a score.

Henry has nine touchdowns in his first year with the Patriots and now goes up against a Dolphins team that just gave away two touchdowns to tight ends in their last game. The Titans’ Anthony Frisker and Geoff Swain both got in the endzone in Week 17 and we like Henry to follow in their footsteps.

DeVante Parker to score a touchdown (+280)

Waddle has been the star of the Miami offense down the stretch and needs only three receptions against the Patriots to break Anquan Boldin’s rookie catch record. He’s been a sensation but his good work has overshadowed a strong return from injury for Parker, who has had at least four receptions in his last three appearances.

He suffered more than most as a result of Tua’s off day against the Titans, catching only 4 of 13 targets. However, his volume in that game marks him out as the value option for a Dolphins touchdown. In the Week 1 meeting between the teams, he had 4 catches for 81 yards, proving he can get it done against a good Patriots secondary. He’s only got two touchdowns on the year – how lowest total in three seasons – but looks a threat to improve on that number in Week 18.