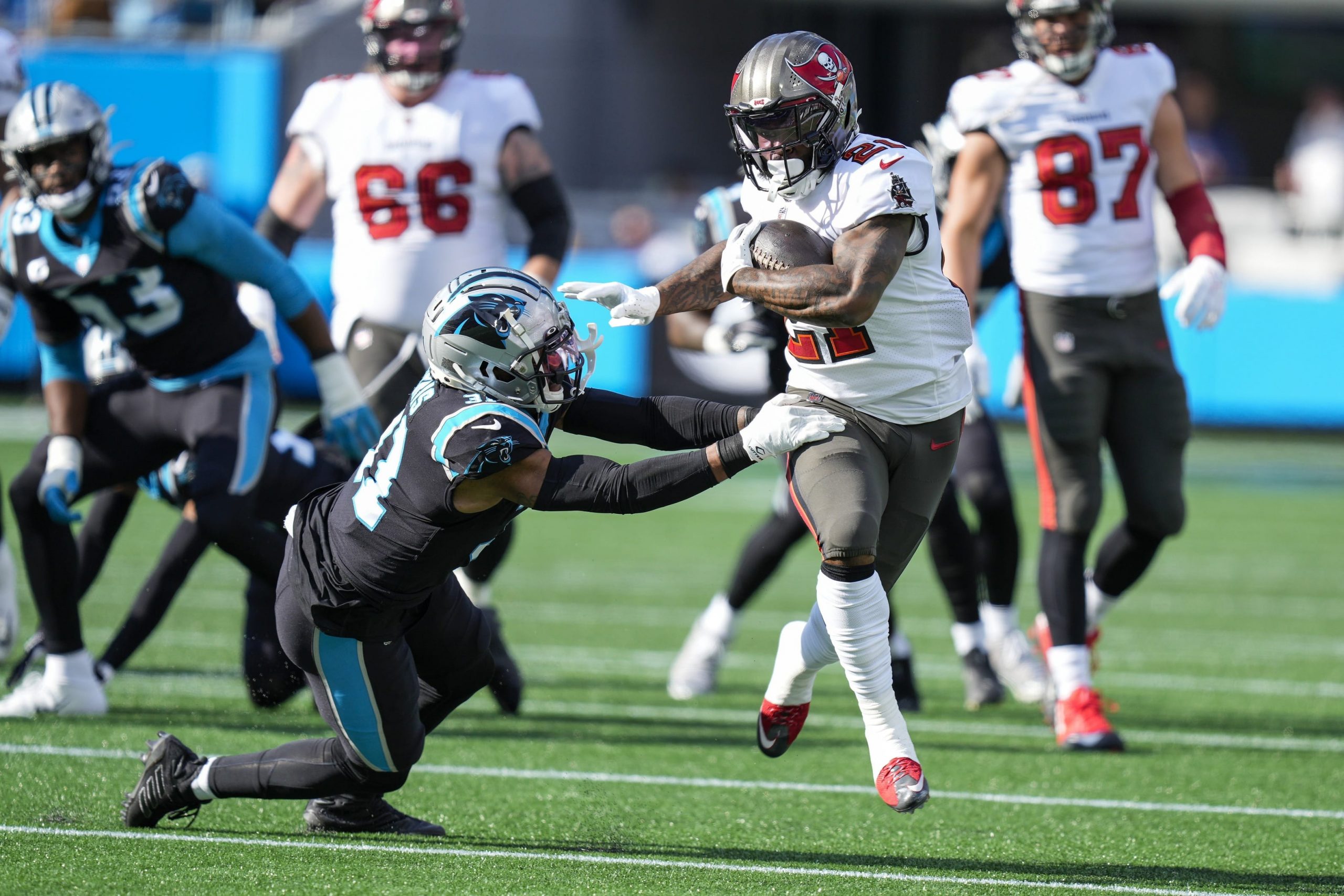 The Tampa Bay Buccaneers have no intention of easing into the playoffs as they go in search of the win that could see them snatch the NFC No. 2 seed from the LA Rams. Bucs head coach Bruce Arians says he’ll be rolling out all the big guns for the visit of a Carolina Panthers team that has lost 6 in a row and was crushed 32-6 by Tampa Bay in Week 16.

The end of the season can’t come soon enough for this Panthers team and that is reflected in our same-game parlay for the Week 18 NFC South showdown, which returns +384 with FanDuel Sportsbook.

The Buccaneers had Antonio Brown to thank in part for putting up 32 points the last time they faced the Panthers as the short-handed Super Bowl champions made light work of their divisional opponents. They won’t have the now free agent Brown for this matchup, but they have more than enough firepower in reserve to cover what is a modest spread given the gap in quality between the teams.

Tom Brady is playing at such a high level that he can make anyone look good and an offense that has averaged over 32 ppg at home this year doesn’t look in that bad shape with Mike Evans and Rob Gronkowski still on board. The defense has lost a few familiar faces with Lavonte David (foot) the latest casualty but again there’s enough quality to trouble the Panthers, who gave up 7 sacks to Tampa Bay 2 weeks ago.

Carolina currently have one of the worst offenses in the league and that isn’t likely to change now. Meanwhile, a defense that has performed with plenty of credit is struggling, dropping to 24th in weighted DVOA and giving up at least 27 points in 5 of their last 6 games. Nothing is working for the Panthers and they are 0-6 ATS in the last 6 games and 1-5 ATS in their 6 most recent meetings with Tampa Bay.

The Panthers head into the offseason once again searching for answers at quarterback, their current trio of options having proven incapable of moving the chains consistently. It’s a long time since Week 3, when Carolina was 3-0 and Sam Darnold was exorcising his Jets demons? Darnold is back to his bad old ways, and put up the lowest air yards per attempt number of his career in the 18-10 loss to the Saints in Week 17. The Panthers are tied to Darnold through 2022 but his inability to cope under pressure and poor decision-making mean he’s unlikely to be the starter. With Cam Newton’s return having fallen flat too, it will be a surprise if the Panthers aren’t shopping around for a new QB.

The quarterback isn’t the only problem with the offensive line grading out 25th in DVOA having given up 50 sacks on the year. The move from Joe Brady to Jeff Nixon at offensive coordinator midway through the season hasn’t paid off, the Panthers had just 178 total yards against the Saints, while they have now scored 14 or fewer points in 4 of their last 5 games. This Buccaneers defense isn’t as fearsome as last year’s edition but it has still held the Panthers, Saints, Bears and Giants to less than 16 points in their last 10 games and should keep a lid on Carolina again.

The Buccaneers backfield is a little messy at the minute with Leonard Fournette still out of action but it’s worth taking a chance on the improving Ke’Shawn Vaughn to repeat his touchdown-scoring performance of two weeks ago against the Panthers. Vaughn ripped off a 55-yard run to score the first TD of his pro career in Carolina in Week 16, finishing that game with seven attempts for 70 yards.

Ronald Jones was clearly the lead back in that game against the Panthers but it was far more of a split backfield in the win over the Jets with Vaughn edging the snap count. Jones will miss Week 18 with an ankle injury and with Gio Bernard still working his way back to full fitness, Vaughn’s role could be expanded further. The 3rd-round pick out of Vanderbilt also featured in the passing game against the Jets, hauling in 2 of his 3 targets and opening up another route to the endzone.