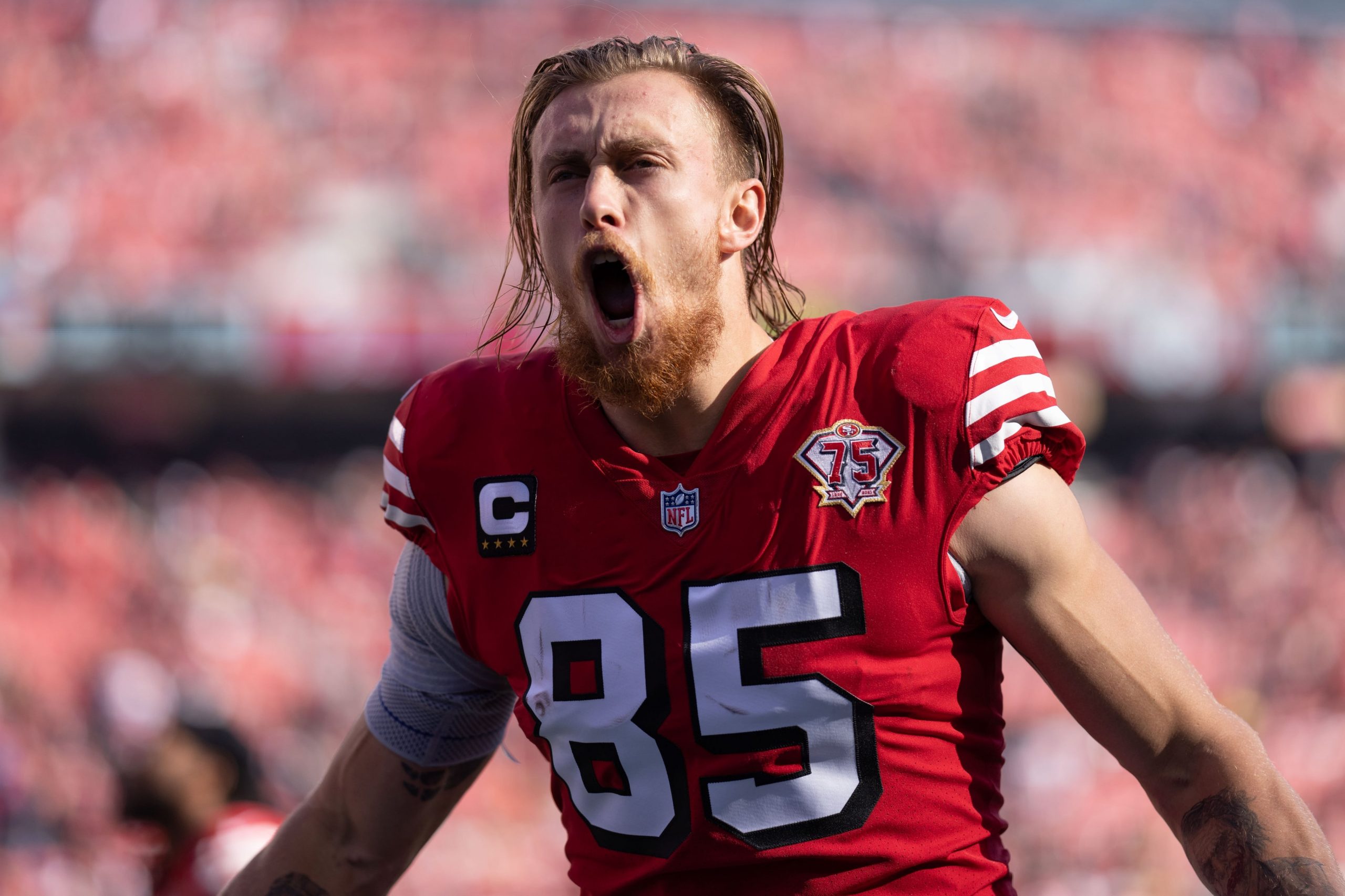 The 49ers and Rams meet at SoFi Stadium in Week 18 with plenty on the line for both franchises. For San Francisco, they must beat the Rams to be assured of a wildcard spot with any other result opening the door for the New Orleans Saints to sneak into the playoffs ahead of them.

The Rams will prove a tough nut to crack having rattled off five straight wins to put them in position to clinch the NFC West title. They need a win to make sure they finish top of the West ahead of the Arizona Cardinals and in the process lock up the #2 seed in the conference.

The stage is set for a dramatic afternoon in California and just to add a little extra spice to the occasion, we’ve put together a same game parlay that returns at +770 with FanDuel Sportsbook.

George Kittle to score a touchdown (+184)

George Kittle to score a touchdown (+184)

It has been a quiet two-week stretch for George Kittle, who has probably dashed his fair share of fantasy players’ playoff dreams by registering a combined 4 catches for 50 yards in the 49ers’ last two games. He’s been used more for his run-blocking qualities recently but for this kind of occasion when so much is on the line, Kyle Shanahan needs to maximize his usage of Kittle.

The tight end usually enjoys facing the Rams, recording 5 touchdowns in his last 6 games against the Niners’ divisional foes. One of those TDs came in the reverse matchup against the Rams in Santa Clara during a really strong run for Kittle when he registered six TDs in six games. The Rams never seem to have an answer for the Niners’ iconic tight end and there’s value backing him to score off the back of a quiet few games.

Running the ball successfully has been one of the keys to victory for the 49ers during their five-game winning streak against the Rams. The Niners aren’t short of players who can move the chains on the ground, particularly if we see a sprinkling of Trey Lance in this game, and I’d expect to see Deebo Samuel once again utilized as a running back.

Samuel has been a huge success as a dual-threat player this season and has rushed for over 26 yards in six of his last seven games. The only matchup where he hasn’t gone over that mark was against the Texans last week but that shouldn’t be a worry given the way San Francisco utilized him in the first meeting between the teams.

It could be a record-breaking day for Cooper Kupp, who is bidding to become the fourth player in the Super Bowl era to clinch the NFL’s triple crown. Kupp is in the mix to finish the regular season with the highest number of receptions, touchdown receptions and receiving yards. He needs another 135 receiving yards to equal Calvin Johnson’s 2012 receiving yard record (1,964), which would require him to have a big day, even by Kupp’s standards.

With the record in sight and Matthew Stafford keen to feed his number one target as often as possible, Kupp should have a big day against a far from stellar 49ers secondary. Kupp has already had 10 games with 100 or more receiving yards, while he’s gone over 130 yards on four occasions so don’t be put off by this large line.