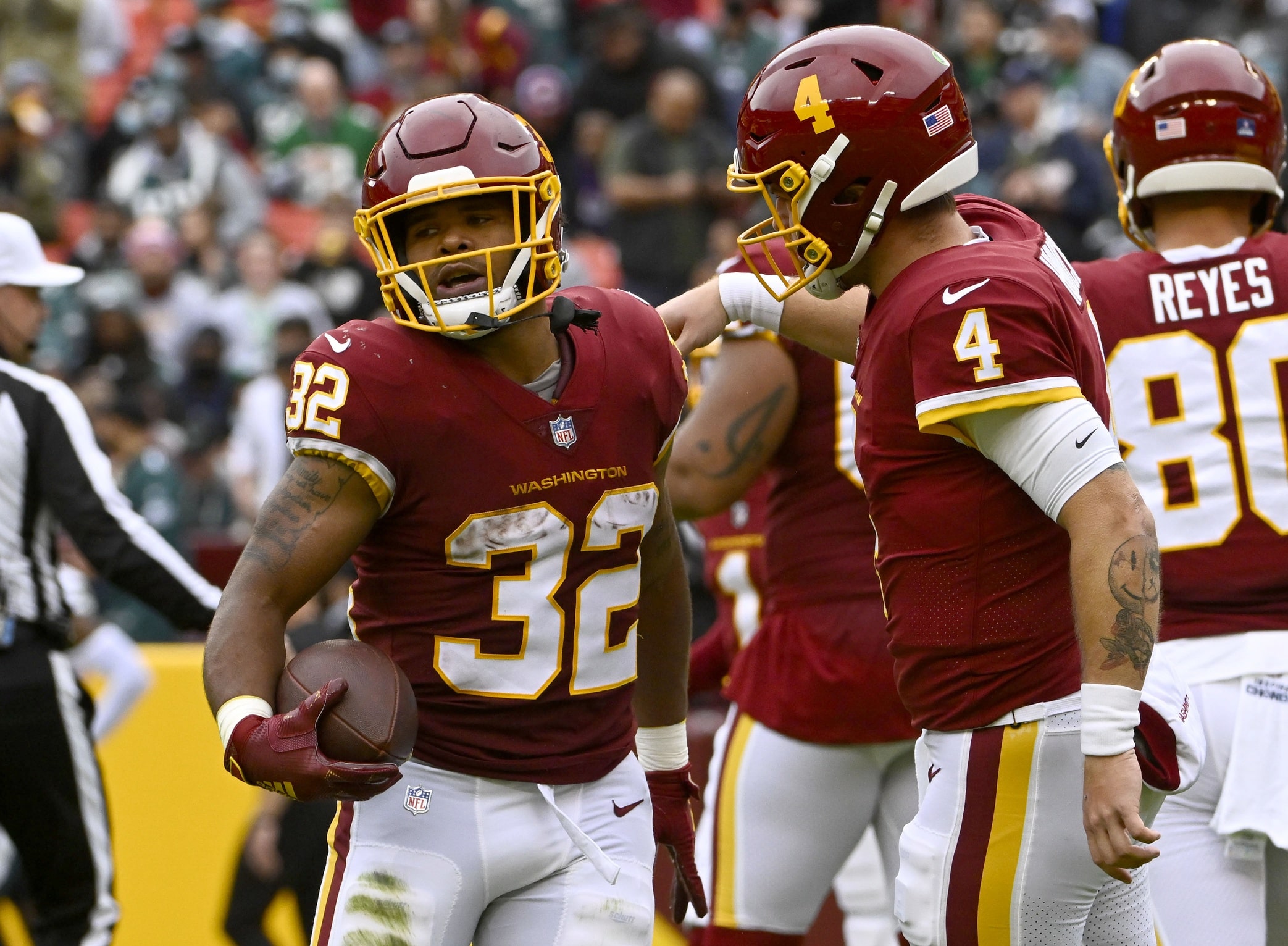 The 2021 NFL season wraps up with Week 18 and the Washington Football Team takes on the New York Giants in this NFC East showdown. Both teams have been eliminated from the playoffs and are ending the season in a very rough way, but at least one of them will be able to go out on a high.

I’ve put together a same game parlay for this Washington vs Giants matchup, which pays at +825 odds with FanDuel Sportsbook.

The good thing about same game parlays is that you can use some contradictory legs to get a nice odds boost. That’s what I’m going with here. Ultimately, I’m expecting the Giants to have another woeful day on offense. But rather than betting under 15.5 on their team total at -108 odds, I’ve taken Washington to win by nearly double digits along with an alternate number on the overall total. Although that looks like more of a longshot, I can easily see this game finishing 13-3 or 20-7 — both of which would quite nicely cash this SGP. Give me the +825 odds over -108 any day. The risk is a little more, but the reward is far greater. Let’s break ’em down.

Washington has lost 4 straight, which probably isn’t the best thing to say when picking them to win by 9 points or more, but they should still be able to dominate a Giants team that is in total disarray. Taylor Heinicke bounced back from his primetime horror show against the Cowboys 2 weeks ago with a solid display against the Eagles last time, and running back Jaret Patterson showed that he was capable of carrying the load in Antonio Gibson’s absence. Gibson has been activated from the Covid list and there is optimism that he will return for this final game of the season.

The Giants have been a total disaster in the second half of the season. Their offense has scored more than 13 points just once in the last 7 games, and incredibly they haven’t had a quarterback top 100 passing yards in any of their last 3 matchups. That is horrific. Things aren’t much better on the ground, as they have the joint-fewest rushing touchdowns in the NFL and are averaging just 4 yards per carry. I don’t expect Washington to put on an offensive clinic, but I also don’t think they’ll have to in order to beat the Giants by 10 points or more.

A lot of what I just said above applies to why I’m suggesting taking this alternate total. I’ll be shocked if the Giants make it to 14 points, and I think them finishing the game with 3, 7 or 10 is a lot more likely. They’ve scored 10 or fewer points in 5 of their last 7 games and QBs Mike Glennon and Jake Fromm have struggled tremendously since Daniel Jones was ruled out for the season.

Washington’s offense hasn’t exactly lit it up either, with the Football Team failing to score more than 20 points in any of their last 6 games. Both teams’ defenses are much stronger than the offenses and that should be on full display at MetLife Stadium. Expect points to be at a premium.

This last play is a little juiced but does give us a little boost in the SGP odds. If there are going to be fewer than 33 points in the game, then you have to think that there won’t be more than a touchdown scored in the first quarter. The Giants have drawn a blank in the first quarter in 3 of their last 5 games, while Washington has done the same in 2 of its last 4. I’m expecting a few punts early on in this one, but even if a team does score a touchdown, I’d expect it to be on a clock-consuming drive with little time left for another score. At +825 odds, I’m feeling good about this same game parlay.