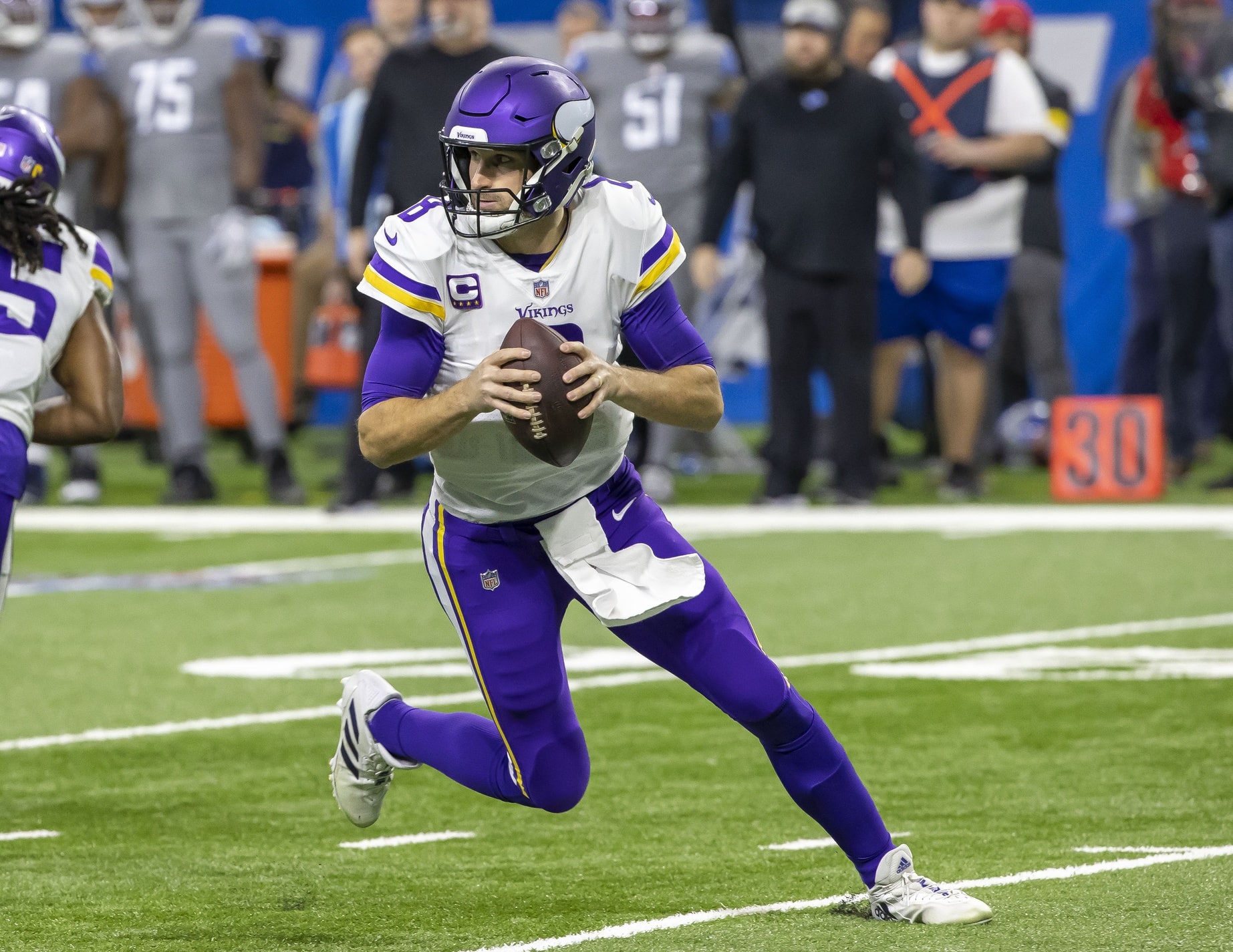 The Chicago Bears and Minnesota Vikings wrap up their respective seasons against one another on Sunday afternoon in Minneapolis. Neither team is in playoff contention, but both teams are looking to end the 2021-22 season on a high note with a win. Along with our full game preview with picks on the side and total, we are putting together a same game parlay for this NFC North matchup.

This is a 2-leg parlay that is paying out north of 9/1 odds on FanDuel Sportsbook. Let’s get right to it.

It was reported earlier in the week that rookie Justin Fields would be getting the start in this one. However, that has since changed and now Andy Dalton will be the signal-caller for Chicago. Either option doesn’t warrant a whole lot of confidence; the Bears offense has looked anemic for most of the season. The Bears are scoring just 18.4 points per game, which 26th in the league. Dalton has as many interceptions as touchdowns (7), and he has thrown 5 picks in his last 2 games. The Vikings’ defense has not been elite, but they held the Bears to just 9 points in their previous matchup this season. That was with Fields at the helm, but even with Dalton in charge it’s tough to see the Bears reaching 20 points.

Vikings head coach Mike Zimmer announced this week that QB Kirk Cousins will return to the field after missing Week 17’s matchup against the Packers in the league’s health and safety protocols. On the year, Cousins has passed for 3,971 yards and 30 touchdowns. Of those 30 touchdown passes, 9 have gone to Justin Jefferson. The LSU product is putting together another sparkling campaign, but he has not found the endzone in 2 straight games. That means he is due and the Vikes will try to target him early. Jefferson has gone 3 consecutive games without a touchdown just once this season, and that was all the way back in October. His value as an anytime TD scorer is -115, so turning to him as the games first TD scorer provides a big boost to this parlay. With Cousins back at the helm, look for Jefferson to see plenty of targets early and often.