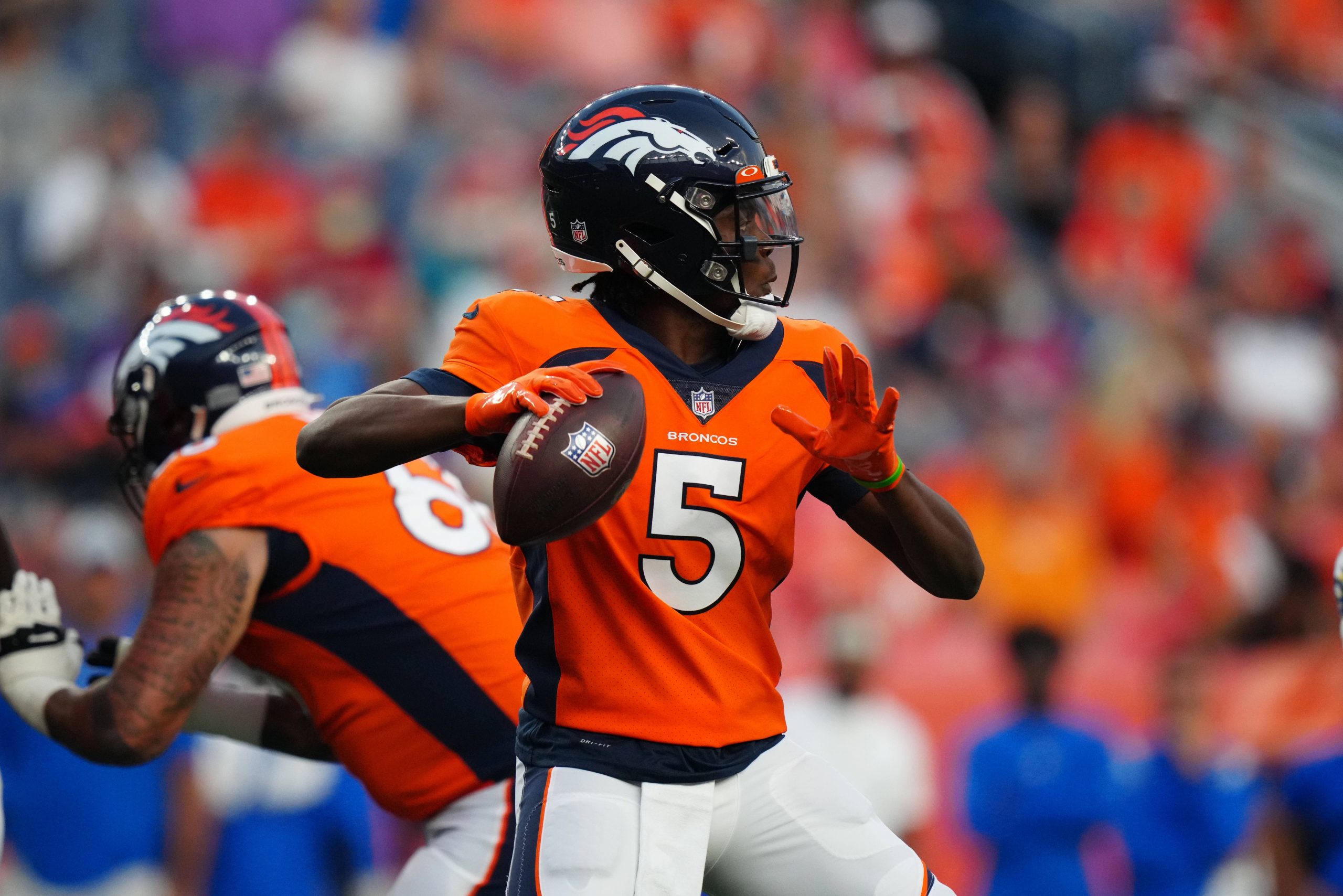 The first handful of weeks of the 2021 NFL season have been epic. Now we’ll be treated to another full slate this coming Sunday for Week 6. We have a late afternoon AFC West battle as the Denver Broncos host the Las Vegas Raiders. Both teams are 3-2, and it’s the first game for Las Vegas since the Jon Gruden scandal that resulted in his resignation. What better way to make this pivotal division game even more exciting than by betting a same game parlay? We also have thoughts on the side and total for every Week 6 matchup, of course, which you can view in our NFL picks tab.

We have a 3-leg same game parlay which pays out just north of 10/1 with FanDuel Sportsbook. Let’s break it down:

To start this same game parlay off we have the Broncos on an alt spread down to -2.5. Since we’re taking their team total under 24.5, I felt much more comfortable with this than laying the current-4.5. Las Vegas’ offensive line has been falling apart the past couple weeks, and now they’re headed to Mile High to take on a fierce Broncos pass-rush that’s led by Von Miller. The Raiders are starting a center who isn’t a center, and just moved right tackle Alex Leatherwood inside to guard in a move that reeked of desperation.

Denver has dropped two straight after their 3-0 start, but they had a tough couple of games against the Ravens and then on the road against the Steelers. Teddy Bridgewater wasn’t able to practice much at all last week as he went through the concussion protocol, which I think hindered him against Pittsburgh. He’ll be much better here.

We get a big odds boost by combining this with the first leg of our same game parlay. But if Denver is winning this game, it’s going to be mostly thanks to their defense. Like I just mentioned, the Raiders’ offensive line is in a sorry state. Derek Carr has already looked skittish in the pocket the past couple weeks, and his matchup is only getting tougher here. Las Vegas has produced just 23 total points over its last two games, so I really don’t think we’ll need too many from Denver to cover the -2.5. The Broncos will get out to an early lead and will be content to run the ball in the second half.

To wrap this same game parlay up we’ve got the touchdown prop for Williams. Again we get an odds boost. And again I don’t think it conflicts much. Just because the Broncos can’t score more than 24 doesn’t mean they can’t score at all. And if they get a couple of touchdowns I think Williams is very likely to get one. Even though Denver has lost big the last couple of weeks, he’s still been very productive on limited carries. It’s only a matter of time before he takes over this backfield and separates himself from Melvin Gordon, and it could come as early as this week. The Raiders’ run defense has been pretty bad lately, so Williams has a lot of upside. This also correlates strongly with the first leg of our same game parlay.