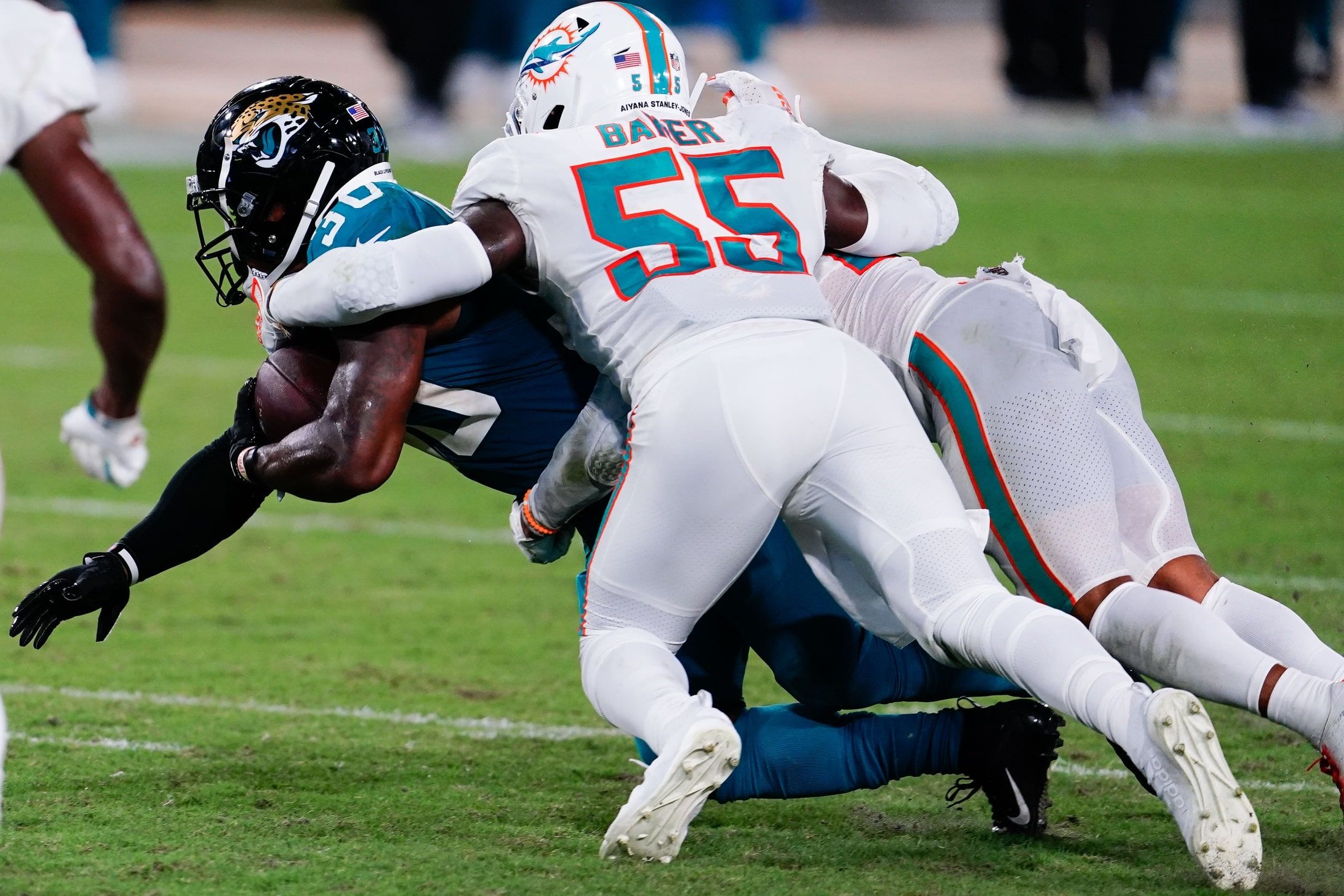 The NFL returns to London for the second straight week as the Jacksonville Jaguars ‘host’ the Miami Dolphins at Tottenham Hotspur Stadium. It’s fair to say that neither of these teams has had the best start to this season, with just one win between them, and they will each see this as a huge opportunity to get back on track. The Jaguars are on a 20-game losing run that they would love to snap to get quarterback Trevor Lawrence the first win of his professional career.

Despite the poor records of these teams, this should still be a fun matchup, and you can’t complain about getting bonus football at 9:30am ET on a Sunday. To make this game even more exciting, we’ve come up with a same game parlay at over 8/1 odds! I’ve cashed my last two Thursday Night Football SGPs, so let’s see if I can keep my good run going!

The benefit of same game parlays is that you can combine plays that on paper appear slightly contradictory to boost the odds, when there isn’t actually too much crossover. That’s the plan here, as combining the Dolphins against the spread with James Robinson having a big game appears slightly contradictory, when I think all four legs are very feasible. A perfect example is that Robinson had 149 rushing yards and a touchdown against the Titans last week, and the Jags still got blown out. Let’s break it all down.

Miami has been in a tailspin since its opening-week win over New England, but the Dolphins could be boosted by the return of starting quarterback Tua Tagovailoa after he was designated to return from injured reserve. It awaits to be seen how good Tagovailoa can be but he clearly has a higher ceiling than Jacoby Brissett, and could get the Dolphins’ season back on track. Tua has shown flashes of what made him an early first-round draft pick in 2019, while 2020 first-round pick Jaylen Waddle has also looked good at times this year. They should be able to do some damage against a Jacksonville defense that has allowed 9.5 passing yards per attempt and 73.5% of pass attempts to be completed (both second-most this season).

It’s hard to back a team that lost 45-17 last week and 35-0 a few weeks before that, but both of those defeats were to the two best teams in the league (Buccaneers and Bills), and the Jaguars are certainly nowhere near that level. Overall, I don’t think it’s time to give up on the Dolphins just yet, and I think they should be able to cover a field goal against Jacksonville. Take Miami to kickstart this SGP.

While I like Miami to cover the spread, I also foresee Jags running back Robinson having a big game. As mentioned, the Illinois State product had a monster 149 rushing yards and touchdown last week in the defeat to the Titans, and he should be let loose once again by Urban Meyer against the Dolphins’ vulnerable run defense. In just 5 games, Miami has already allowed 3 players to post 100+ rushing yards against them this season, and the Dolphins have almost been a turnstile on the ground.

Robinson enters this game in terrific form, having found the end zone 4 times in his last 3 games, and scored twice against Miami when these teams faced off last season. Combine Robinson having a great day with a Dolphins victory by more than a field goal, and we’ve got ourselves a juicy same game parlay.