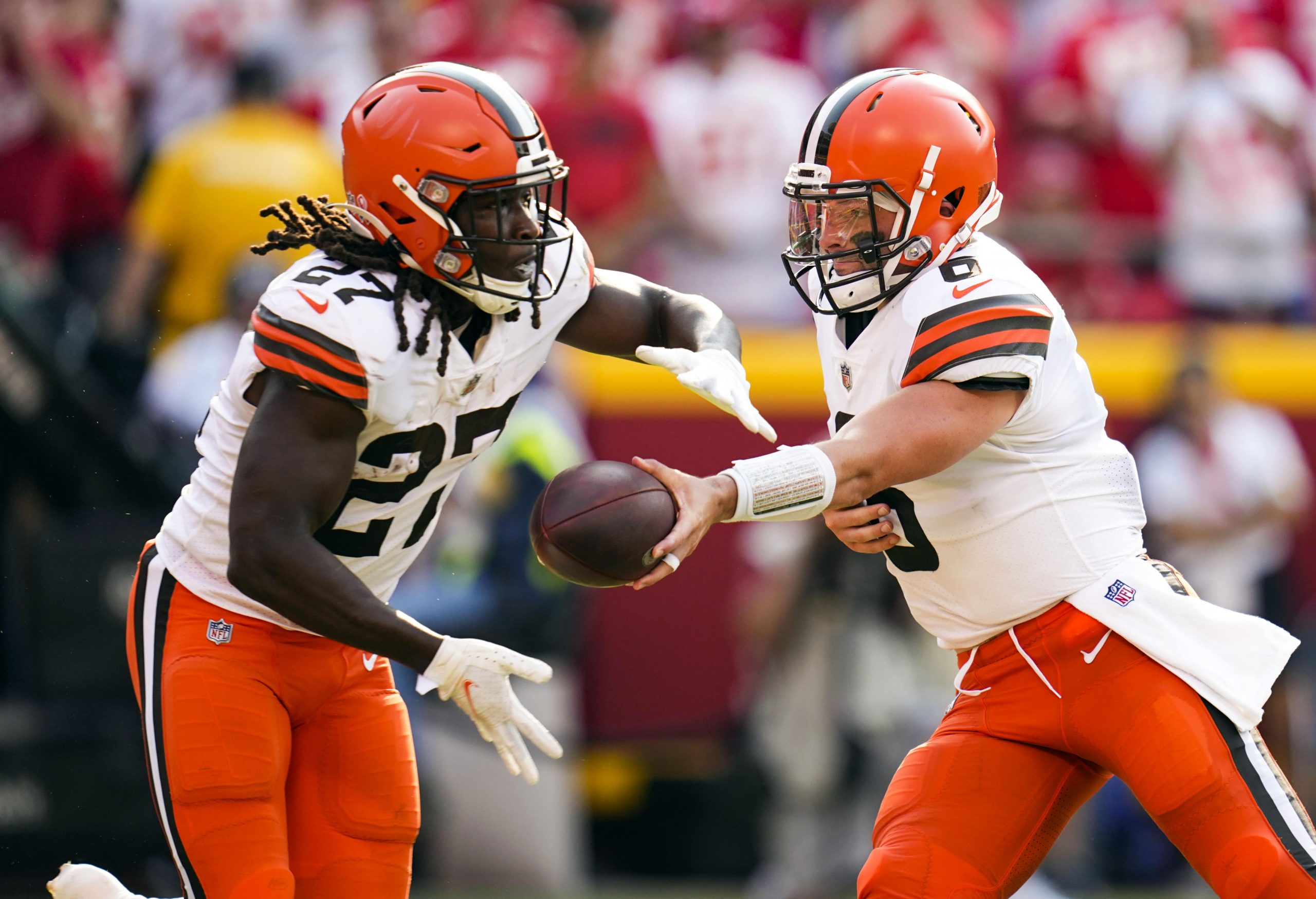 We hav one of the best games of the day here as the Cleveland Browns host the Arizona Cardinals. Kyler Murray against Baker Mayfield in the battle of former Oklahoma quarterbacks. What better way to make this highly anticipated game even more exciting than by betting a same game parlay? We also have thoughts on the side and total for every Week 6 matchup, of course, which you can view in our NFL picks tab.

We have a 3-leg same game parlay which pays out just shy of 10/1 with FanDuel Sportsbook. Let’s break it down:

To start this same game parlay off, we’ve got the Browns on the spread. A lot of things favor Cleveland here. For starters, the fact that Arizona is dealing with a mini COVID-19 outbreak. Head coach Kliff Kingsbury, and others, will miss this one after testing positive. Look what happened to the Saints during the week when COVID sidelined a large chunk of their coaching staff. They got demolished by the Panthers as 3.5-point favorites.

Arizona has struggled to stop the run, and obviously that’s what Cleveland does best. Not only are the Cardinals without Kingsbury, but they’ll also be without starting center Rodney Hudson. That’s a huge loss. Kyler Murray is now dealing with an injury to his throwing shoulder, which is troublesome. Arizona is being overrated just because of its 5-0 record.

I also like the under a lot and I think it correlates with the first leg of our same game parlay. The Browns aren’t going to win a shootout. If they win and cover, it’s going to be because they slowed down Murray. They ended up playing in a very high scoring game against the Chargers last week, but that was an outlier. Over their previous two games the Browns had given up only 13 total points, and I think Joe Woods’ unit is going to be elite.

And look what happened to the Cardinals’ offense after Murray suffered a shoulder injury last year. The whole offense declined sharply. When you throw in the fact that the head coach and play-caller is missing, and that there are expected to be really tough wind gusts, there are a lot of reasons to expect a defensive struggle in this one.

To wrap this same game parlay up we are taking the under on Hunt. Sure Nick Chubb is out, but I think oddsmakers are overcompensating for that here. We get a huge odds boost by combining this with the Browns covering. I really don’t see how it conflicts too much. Again, I think Cleveland’s path to covering is by playing great defense. Not by having some dominant offensive day. Hunt played in four games as the lead back when Chubb was hurt last year, and he never eclipsed 76 rushing yards. He’s also dealing with an injury of his own and barely practiced this week. As such, I wouldn’t expect for him to have an extreme workload.