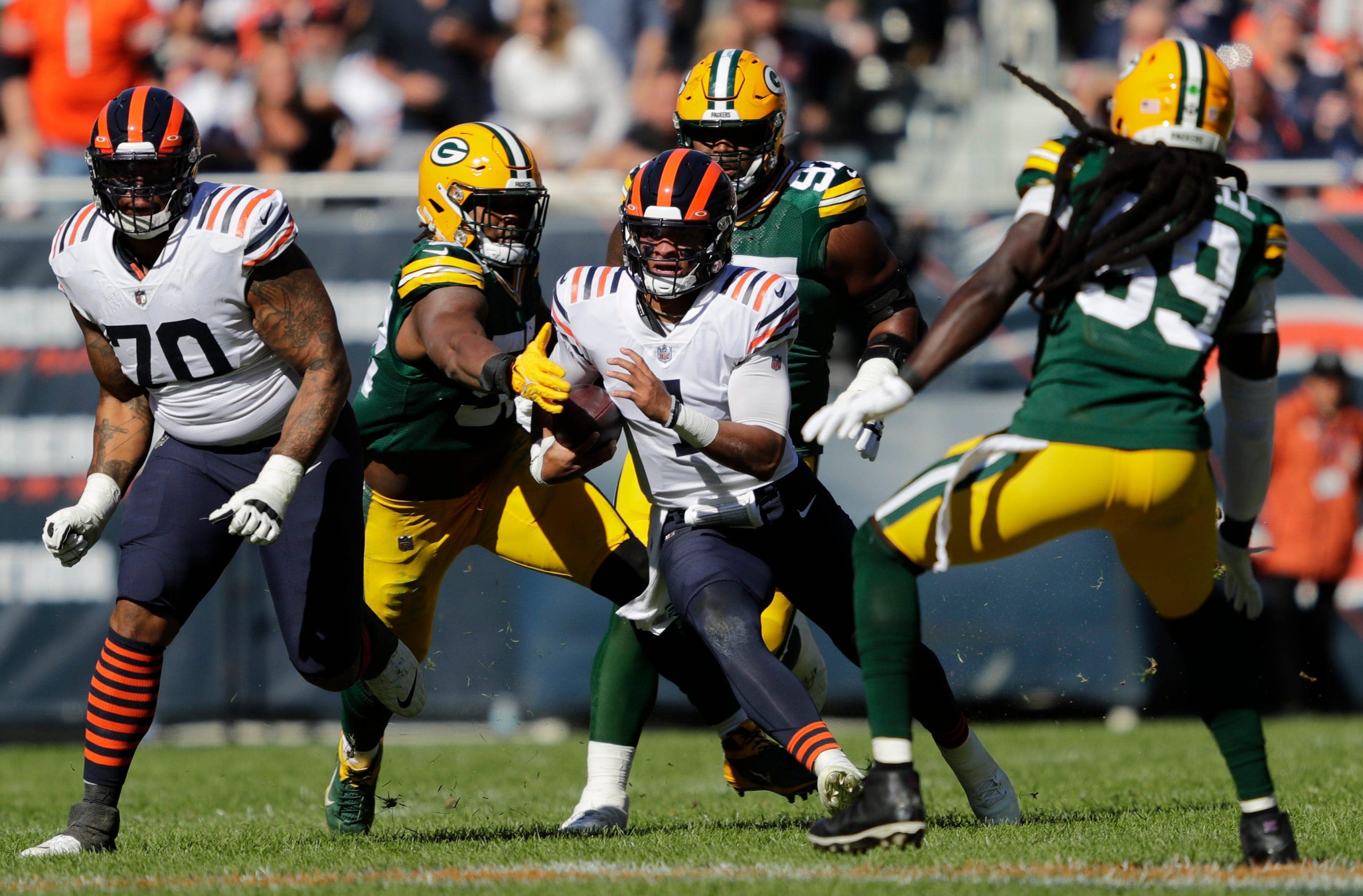 The Chicago Bears beat the Tampa Bay Buccaneers last season, so if the Super Bowl champions needed extra motivation to avoid complacency in a game they are huge favorites to win, it’s right there.

After that 2020 game, the Bears had a 4-1 record and dropped the Bucs to 3-2. But their fortunes went in opposite directions after that and have continued along the same paths this year, with Tampa Bay standing at 5-1 and Chicago 3-3.

Sunday’s game (4:25 pm ET, CBS) is tricky to assess for same game parlay purposes with injury doubts over multiple receivers of both teams, but we have picked out a 2-leg wager involving just Chicago players that pays at +1923 odds with Fan Duel Sportsbook.

Most people know by now that it’s really tough to run against the Buccaneers, with Vita Vea and Ndamukong Suh forming a hard-to-shift obstruction for opposing offenses. The Bears are likely to be running 3rd-string back Khalil Herbert out there again on Sunday with David Montgomery on IR and Damien Williams not yet cleared from Covid protocols. While Herbert has made a promising start with 75 and 97 rushing yards in the last 2 games, the sledding should be much tougher this week and the Bears–like most teams–will likely look elsewhere to move the ball. That task has been made more difficult by their main receivers, Darnell Mooney (groin) and Allen Robinson (ankle), both showing up on the injury report this week. It may be left for sophomore tight end Cole Kmet to take a further step.

Kmet has been used sparingly by the Bears this season, with 14 receptions on 24 targets for 130 yards in the first 6 games, but the first 3 weeks can be written off given their early offensive struggles overall and Kmet has played a bigger role since Justin Fields was established as the starting QB, catching 4 of his 5 targets for 49 yards against the Packers last week. With running set to be hard and the wide receivers nursing injuries, he could see more volume this week and can clear this line.

The Bears’ QB is just +390 to score a touchdown at any time, but taking him to score his team’s first TD provides much better value and gives our parlay odds a bigger boost. Fields gives the Bears something the statuesque Andy Dalton never could: the ability to take off when the pocket collapses. His sole rushing TD came when Dalton was still the starter in Week 1, but he had 10 attempts when taking over for the injured veteran in the Week 2 win over Cincinnati. He rushed 6 times for 43 yards against the Packers and that success could lead to more designed runs as well as yards gained fleeing the rush.

If the Bears can move the ball at all against the Bucs, then Fields seems as likely as anyone to carry it into the endzone when they get close. Taking Fields to be Chicago’s first team TD scorer means we have no need to worry about the Bucs scoring (even multiple times) before the Bears get on the board.