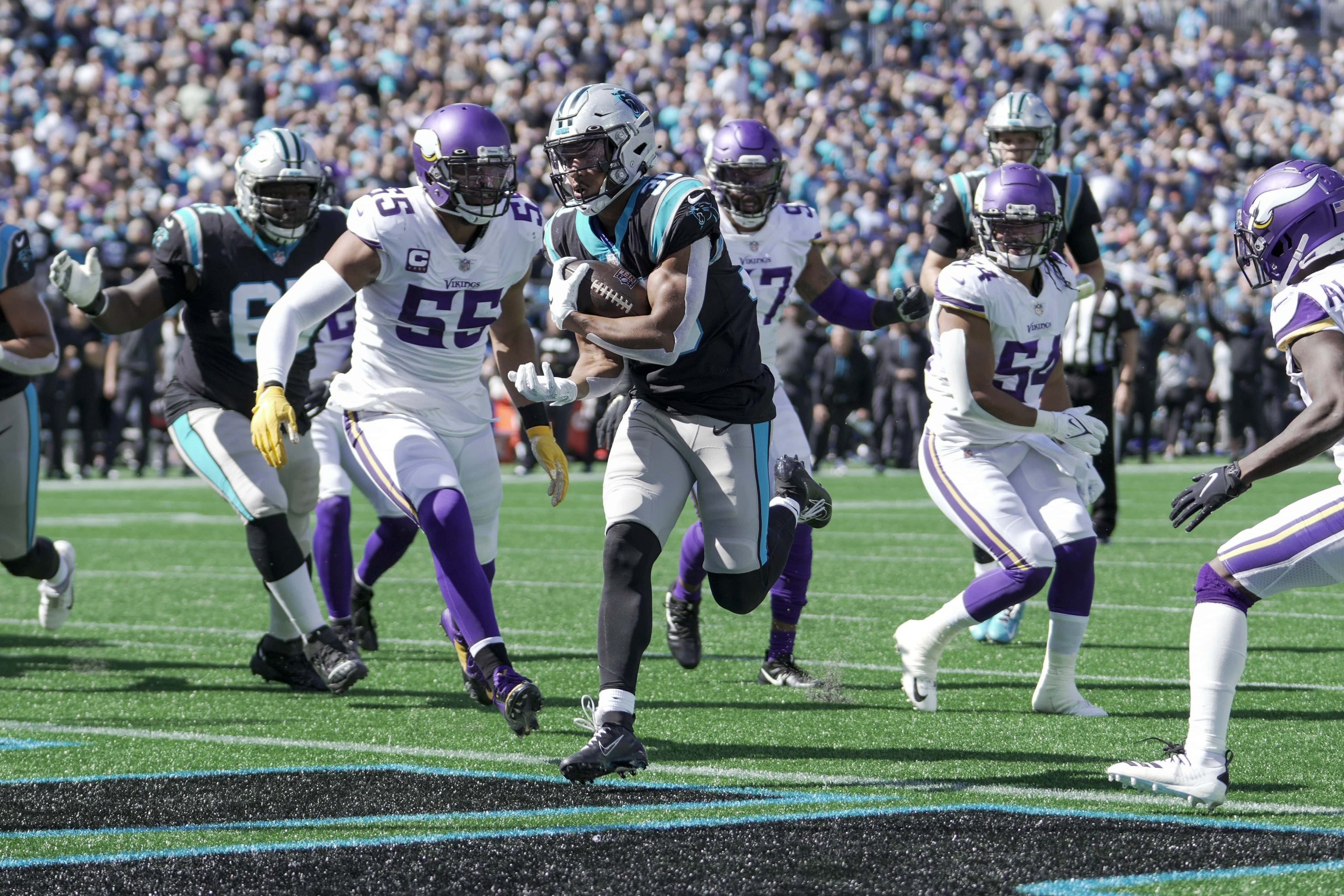 The Carolina Panthers got to 3 wins in the shortest possible time, but they’re still there 4 weeks later as they head to New York to face the Giants on Sunday.

The Panthers won’t want to match the Broncos, who have fallen to 3-4 after their own 3-0 start, and they should avoid the same fate against an injury-hit Giants roster.

The 1-5 Giants have won more recently than their visitors, with their sole win coming in Week 4, but the Panthers look much more likely to get back to winning ways in a clash of injury-hit teams. Matt Rhule’s team will again be without star running back Christian McCaffrey, but rookie Chuba Hubbard has filled in well so far.

A game against the ailing Giants’ defense could be just what they need. The Giants are also set to be without starting RB Saquon Barkley again, with Davontae Booker likely to start, and they could also be missing WRs Kenny Golladay and Kadarius Toney, with Darius Slayton, Sterling Shepard and Evan Engram also on the injury report this week. Whichever skill players are available, their task will be made harder by the absence of left tackle Andrew Thomas, and the Giants’ O-line has been shaky enough already.

Defensively, the Panthers are the much stronger team, with recent signing Stephon Gilmore potentially making his debut in this game. Carolina has won the last 3 meetings between the teams and any home-field advantage for the Giants must be minimal — they are 0-3 at home this season and 9-26 in their last 35 games there, while losing 8 of their last 10 games overall stretching back to last year. Take Carolina to cover.

Going under a line as low as this may not be for everyone, especially those who noted that the Giants’ last 2 games have produced 64 and 49 points, but the New York team contributed only 15.5 ppg to those totals. In addition, the offensive issues continue to mount for Joe Judge’s team and the Panthers’ offense is not in the same tier as those of the Cowboys or Rams, who produced those high totals.

Like their game results, the Panthers’ first 3 games were very different to the last 3 in terms of totals. They allowed just 14, 7 and 9 points respectively against the Jets, Saints and Texans, but have been involved in high-scoring games against the Cowboys and Vikings in the last 3 weeks. This matchup looks more like the first 3 contests or their Week 5 game against the Eagles (39 points) and the under has cashed in 7 of the Panthers’ last 10 overall. The potentially decimated Giants offense looks set to struggle and the Panthers are not prolific, so let’s add the under to our parlay.

The Panthers have lost all of the games Hubbard has started since McCaffrey injured his hamstring in against the Texans in Week 3, but the rookie has impressed regardless. Hubbard was actually the leading rusher against Houston, posting 52 rushing yards on 11 carries after McCaffrey (7 carries for 31 yards) left the game.

He had only 13 carries for 57 yards against the Cowboys, but the game script was against him in the second half of that game as Dallas went into a 20-point lead and the Panthers had to rely on the pass to catch up. That’s not likely to happen against the less-prolific Giants offense and this game should be closer to the Panthers’ contest against the Eagles, in which Hubbard had 24 carries for 101 yards. The Giants are ranked 29th in rushing defense and Hubbard moving the chains regularly while keeping the Panthers in control of a low-scoring game works well with the other legs of this parlay.