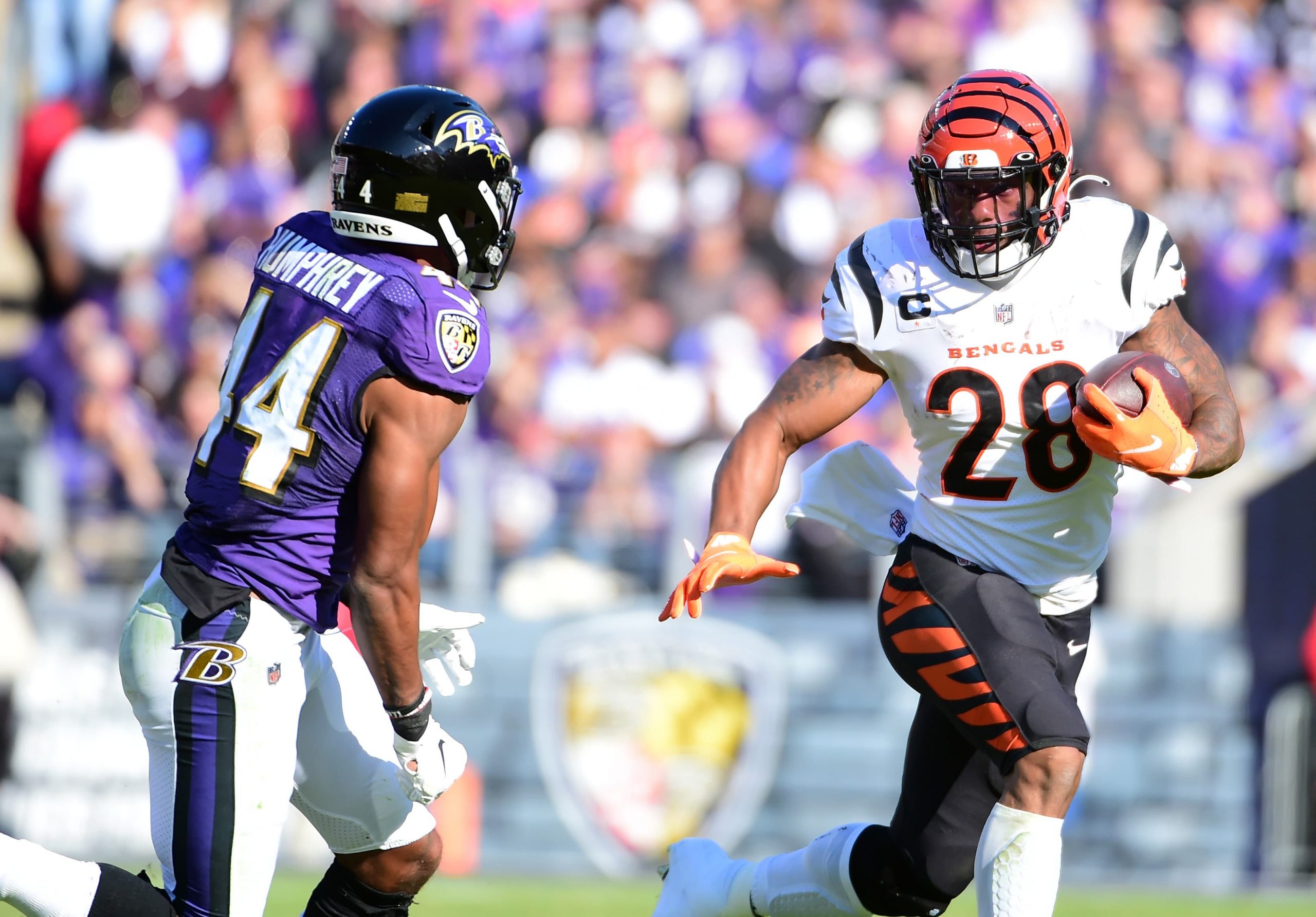 The New York Jets were already having a bad season, and then things got worse. Hopes were high that Robert Saleh would turn things around in the Big Apple, and he still looks a guy you can have confidence in to get it right at some point, but it’s clearly going to take time.

The Jets are 1-5 and last week they lost their starting quarterback, Zach Wilson, at least for a few games with a sprained knee. That brings in Mike White to start against the rampant 5-2 Cincinnati Bengals on Sunday (1pm ET, CBS), and White completed his first NFL pass in relief of Wilson last week.

Touchdowns will always be scored and yards gained, however big the gap between the teams seems to be, so here’s a same game parlay we’ve prepared for the Week 8 game, which pays +1090 with FanDuel Sportsbook at the time of publishing.

Leaving the double-digit spread to avoid the agony of backdoor covers and avoiding the total because anything can happen in a potential blowout, we’ll start this parlay by banking on Bengals rusher Joe Mixon to get into the end zone. Mixon is the forgotten man of the Bengals offense, with QB Joe Burrow and rookie sensation Ja’Marr Chase getting the headlines, but Mixon has 539 rushing yards at 77.9 per game this season, with 4 TDs, plus 90 receiving yards and another TD through that route. In an offense that has scored 75 points in the last 2 games, their lead running back should be fancied to get on the scoreboard. The Jets gave up 4 rushing touchdowns to the Patriots last week, and we need Mixon to get just 1.

Joe Burrow looks likely to be a star in the Bengals offense for many years to come if he can stay clear of further serious injuries. He’s just shy of 2,00o passing yards for the year already, at 1,956, and his average of 285.7 would be more than enough to see a check mark next to this leg of the parlay. The Jets have some big-name talent on defense, but they’ve been hit hard by injuries and they’re conceding 29.2 points per game. A talented operator such as Burrow should find the holes to make some big plays.

The Jets have had problems with tight ends in their recent games against the Falcons in London and the Patriots last week. It seems likely that emerging TE star CJ Ozumah will be able to gain at least another 24 yards against them, maybe needing only one catch to do it. Ozumah is averaging 36.6 yards per game, but it has been patchy, with 90+ yard performances against the Jaguars and Ravens and some days down in the teens. Expect another big performance against the Jets defense.

Adding a positive Jets player performance helps the parlay odds, and over 21.5 receiving yards for their rookie running back Michael Carter seems worth taking, with White likely to be dinking and dunking to anyone close just to try to keep the Jets moving. Carter is likely to be around the ball a lot as the team’s leading rusher and 4th-leading receiver this season.