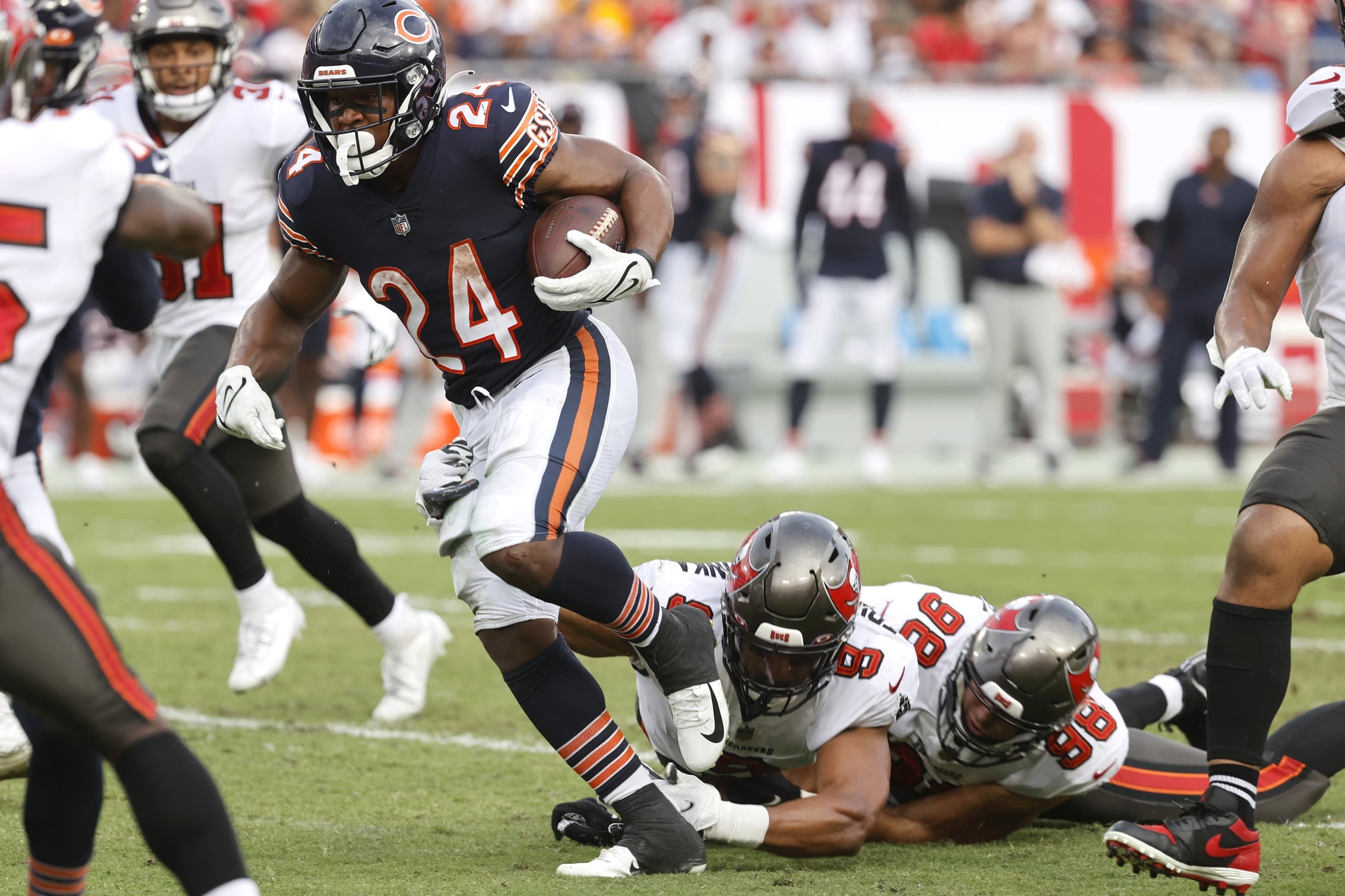 The Bears and the 49ers meet at Soldier Field in Week 8 with both teams desperately trying to pump the brakes in order to stop their season careering out of control. The Bears were destroyed by the Tampa Bay Buccaneers last time out as they fell to 3-4 and the voices calling for Matt Nagy’s departure are now growing louder by the week.

The Niners faithful have made it clear their displeasure with their own coach Kyle Shanahan after suffering a fourth straight defeat against the Indianapolis Colts to slip to 2-4 on the year. Shanahan needs to pull a rabbit out of the hat to save his skin and will hope to find a moment of respite in Chicago.

With the stench of desperation thick in the air at Soldier Field, this promises to at least be an intriguing match up and we have put together a same game parlay that pays out at +495…

Before we break down each leg, don’t forget to check out our full preview for San Francisco 49ers vs Chicago Bears.

These two have found the going tough on offense recently, while the defenses boast some elite-level talent, and yet the over still calls out to me here. With the weather set reasonably fair in Chicago for Sunday, there’s no reason why these two teams can’t do enough to push the total over.

The 49ers put up 41 points when they went to Detroit in Week 1 and have tended to perform better on the road than at home under Shanahan. With everyone questioning Jimmy Garoppolo’s future, he could be set for a bounce-back showing and has a few nice pieces to work with in Deebo Samuel and Brandon Aiyuk, as long as they can unlock the potential of the latter.

Elijah Mitchell is running the ball well too, while the points total has gone in five of the last seven games when the Niners have been a road favorite to add a bit more weight to the argument.

The Bears could also be poised for a bounce back game after their dreadful showing against the Buccaneers. They scored 24 points against the Lions after their last offensive misfire and could build their gameplan around impressive rookie running back Khalil Herbert.

With the Niners struggling to get to opponent’s quarterbacks this year, ranking in the bottom seven for pressure rate and sacks, Justin Fields should also get more time to go through his progressions and put the five turnover debacle at Tampa Bay behind him.

When David Montgomery went down with a knee injury, the Bears run game was expected to take a sizable hit. However, Montgomery’s absence has allowed Herbert to step up and he’s proven himself to be an excellent replacement.

Herbert has already climbed above Damien Williams in Chicago’s backfield pecking order, out-carrying him 18-3 in the loss to the Buccaneers, and is averaging 4.8 yards per carry heading into Week 8. Against a Bucs defense that plays the run well, Herbert was able to put up 100 yards and could have more joy against the Niners.

San Francisco allowed Jonathan Taylor to run all over them in Week 7, despite ranking 10th in DVOA against the rush this year, and could struggle to get on top of Herbert.

For all Jimmy Garoppolo’s flaws, he has at least managed to bring the best out of Deebo Samuel as he put up his third 100-plus yard receiving game of the year against Indianapolis on Sunday Night Football.

Samuel has achieved the fourth-most receiving yards in the league through seven weeks at an average of 108 yards per game. He is fully justifying being Garoppolo’s number one target and with George Kittle still on IR, Samuel will be far and away the top option in the passing game again this week.

The Bears secondary has found it tough to stop wide receivers this year, giving up 12 touchdowns, the most of any franchise in the league. Wideouts are wracking up 179 yards per game on average against the Bears and Samuel could have a monster day.