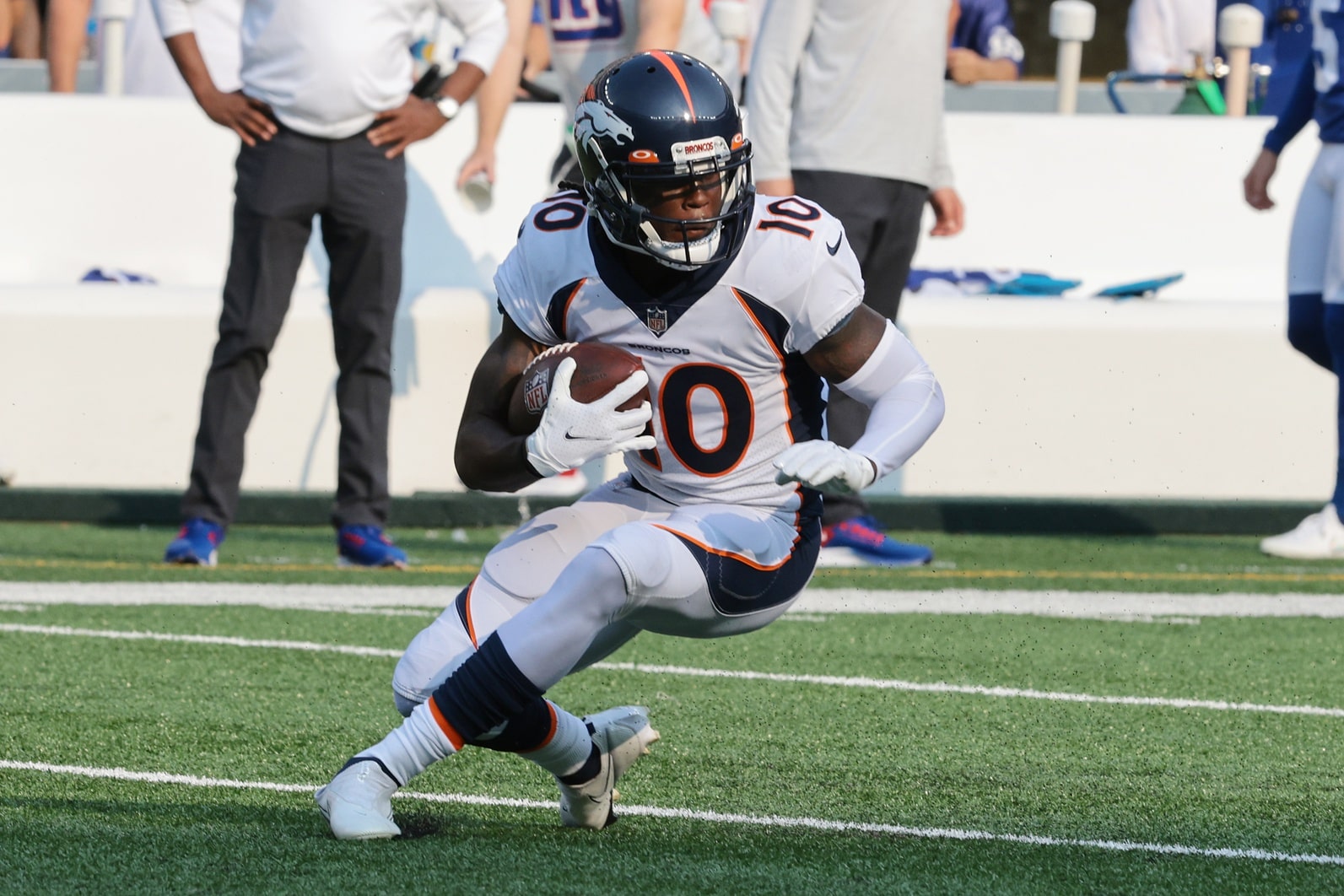 Denver and Washington meet at Mile High on Sunday hoping to snap their respective losing streaks. The Broncos started the year 3-0 but have since lost four straight, leading to calls for head coach Vic Fangio to go. However, this looks like a good spot for the AFC West team to get their year back on track against a Washington team that is sinking fast.

Washington has been nowhere near the defensive powerhouse they were last season, while Taylor Heinicke now looks every bit a quarterback that wasn’t on a team entering the 2020 campaign. He’s finding the going tough and faces a difficult afternoon against a top-level Denver defense.

Just to enhance your enjoyment of Sunday’s game, we have constructed a same game parlay that pays +548 odds at FanDuel Sportsbook

Before you check out our reasoning for each leg of the parlay, don’t forget to take a look at our full preview for the Washington Football Team v Denver Broncos.

The Broncos made light work of some bad teams to get off to a 3-0 start and now get the chance to return to that level of competition just when they need it most.

Washington is 2-5 but could easily be 0-7 with their victories coming via fortuitous means at the expense of the Giants and Falcons. Their much-hyped defense has been a huge disappointment, giving up over 300 passing yards and 30 pointe per game. The defensive front has made little impact, exposing a secondary that looks out of its depth.

The story hasn’t been much better on offense with Washington averaging fewer than 19 points per game through the last 4 weeks. Back-up quarterback Heinicke, filling in for the injured Ryan Fitzpatrick, has been worked out, while a swathe of injuries have limited his options.

The Broncos gave up only 26 points across their first 3 games and could do a similar job of shutting down this Washington team. The Denver offense might not be putting up huge numbers of points but they had been doing enough to win games and cover to start the year, the Broncos going 3-0 ATS through the first 3 weeks.

Courtland Sutton is a strong choice to score his third touchdown in his last four games. Sutton is looking back to his best after missing all of last season with a serious knee injury and has proved to be Teddy Bridgewater’s favorite target.

Sutton has had double-figure targets three times already this year and leads the team with 579 receiving yards. He had a quiet week against the Browns as he wasn’t targeted once in the redzone, but had four targets the game before and looks primed for a good response.

Backing against this Washington secondary has been a profitable move all year and they have now given up 11 touchdowns to wide receivers this season after Allen Lazard and Davante Adams helped themselves to scores for Green Bay last week.

Jerry Jeudy could be back in the mix for Denver this week, but missed practice on Friday, and sportsbooks aren’t convinced enough about his status to issue a receiving yards line. Instead, take Sutton to go over 60.5, which he can achieve whether or not Jeudy is active.