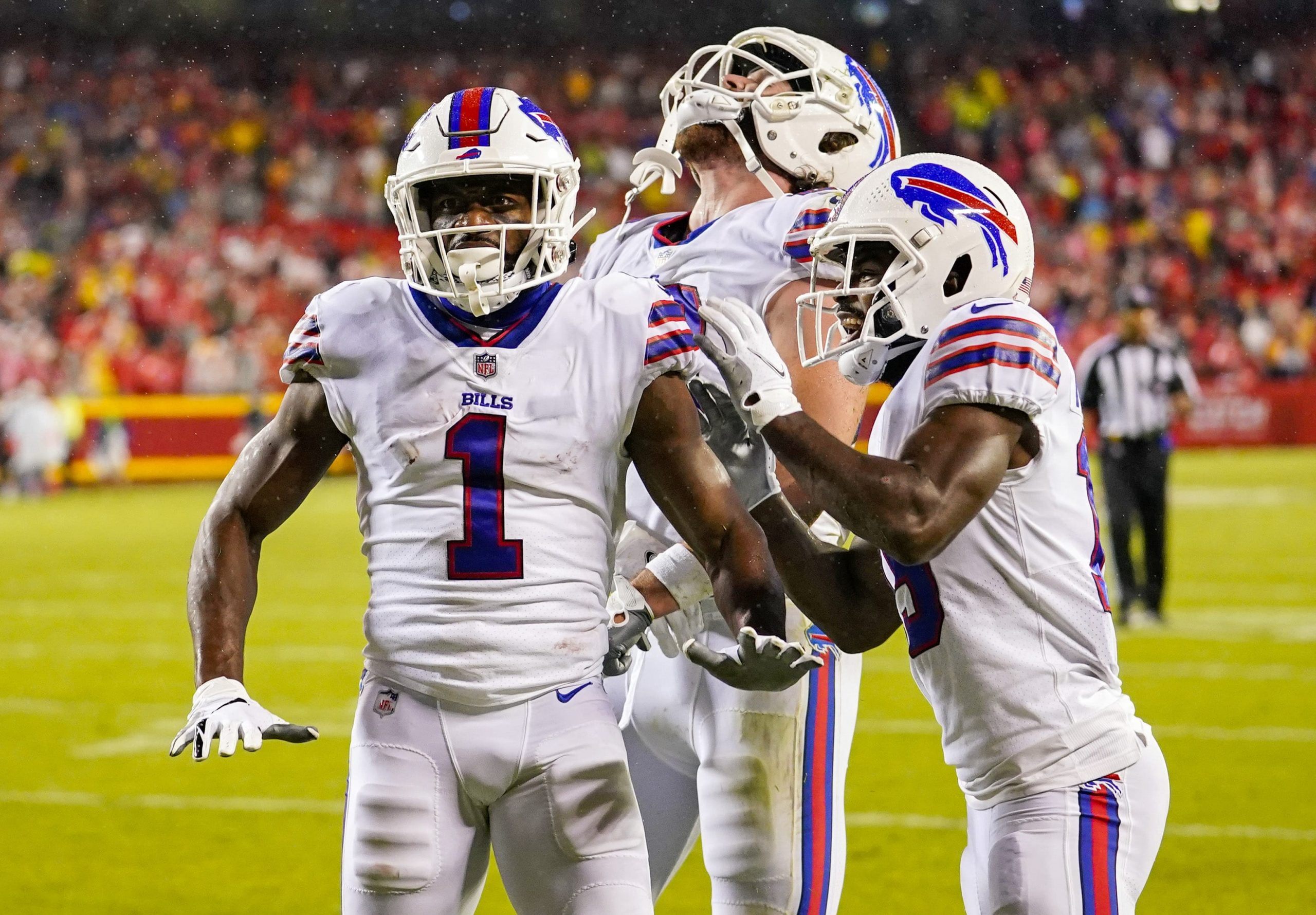 When you get whacked 35-0 at home by a team (5 converted touchdowns, no messing around), you’d probably be glad not to have to play them again soon. The Dolphins aren’t so lucky, as that Week 2 game against the Buffalo Bills was an AFC East division game, and they must face them again on the road on Sunday (1pm ET, CBS).

What we’ve seen since suggest the Bills should be looking good to win again, and we’ve prepared a same game parlay that’s in line with that kind of thinking. It’s a 4-leg parlay that pays +917 odds with FanDuel Sportsbook. Take a look:

Miami took a beating from an angry Bills team in Week 2 and they will be facing an angry Bills team again. The Dolphins were wiped out 35-0 on their own field by a Buffalo team smarting from starting their supposed AFC title challenge by losing at home to Pittsburgh. They have been in much better spirits since, crushing Washington, Houston and Kansas City before blowing a likely win over Tennessee with a fourth-down failure before their bye last week. Miami might have been expected to have their bye in Week 7 too, having played (and lost to) the Jaguars in London the week before, but they unusually did not get their week off after their transatlantic trip and instead suffered a home defeat to the Falcons.

This is a big handicap line for the Bills to overcome but when they were 18.5-point favorites against Houston they won by more than twice that (40-0), they beat Kansas City by more than this line and, let’s not forget, this spread is 21 points lower than the amount by which they beat the Dolphins on the road.

There’s a chance of rain in Buffalo (40% at kickoff, falling to 20%) but that’s not going to stop Josh Allen and the Bills offense from passing, because that is simply what they do. The Bills have 1,685 net passing yards this year, compared to 784 on the ground, and they should be relishing the chance to go up against a Dolphins secondary that has sustained a number of injuries this season. The Dolphins allowed Falcons tight end Kyle Pitts to bolt for 163 yards on their last outing in London, but with TE Dawson Knox injured (and Pitts is more of a slot receiver anyway) and Cole Beasley seemingly out of favour, Allen could be looking to veteran receiver Emmanuel Sanders to find the space in the Miami secondary. The 34-year-old is averaging 68.8 yards per game and seems an increasingly trusted member of the offense. Take him to not only beat his yardage line, but also find the end zone for the 5th time this season.

While the Bills love to pass, they still run some of the time, and 31.5 is not a lot of yards for Devin Singletary, who works alongside Zack Moss in the Buffalo ground attack, to get. Singletary is their leading rusher with 311 yards (51.8 per game), he had 82 on 13 carries in Miami, and while his touches have dropped in the last 2 games against the Titans and Chiefs, those were both fast-paced shootouts in which rushing wasn’t the plan at all. Singletary was the leading rusher against the Titans with just 27 yards on 5 carries, compared to 24 from 8 for Moss. Both should be more involved this time.