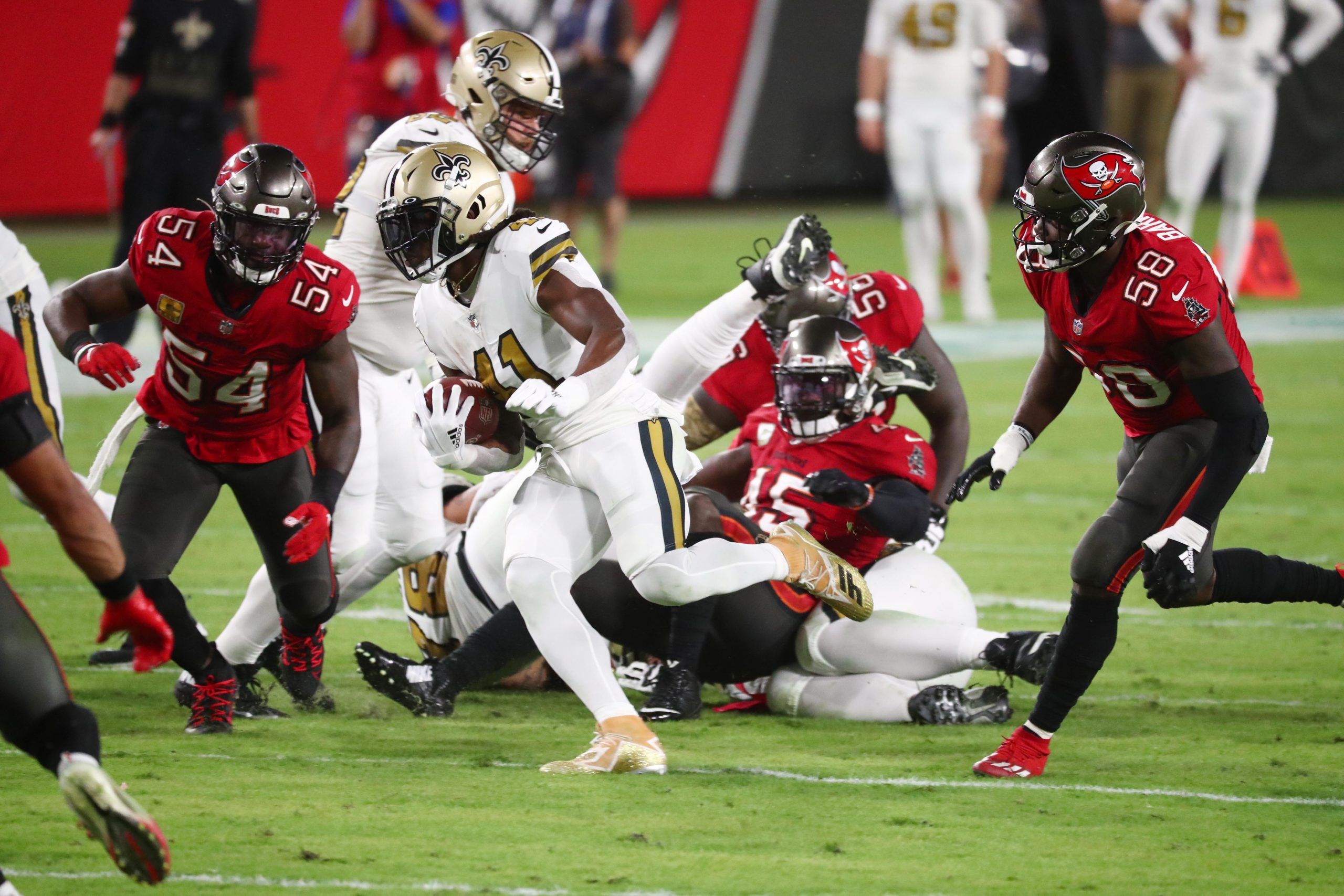 The Tampa Bay Buccaneers and the New Orleans Saints have history, so we can expect a 100% effort from both teams when they meet on Sunday night (4:25pm ET, Fox).

Both sets of players will feel they have a score to settle after the Bucs beat the Saints in the playoffs last year on their way to Super Bowl glory, after the Saints had taken both of their NFC South meetings in the regular season.

A same game parlay can only add to the excitement, and we have picked out a 4-leg wager that pays at +963 odds with FanDuel Sportsbook.

The Saints are probably happy enough to be 4-2 at this stage given the loss of the retired Drew Brees and their offseason cap issues, but they need to raise their game from what we’ve seen so far to beat the Bucs. It’s been shown now that their Week 1 win over Green Bay wasn’t a true indication of either team’s quality and their defeats to the Panthers and Giants don’t read well now. They got the job done in a wet Seattle on Monday night, just barely and against a backup QB, and a long trip home on a short week is not ideal preparation.

You can find faults with Tampa Bay’s record too. They haven’t really beaten much in their 4 wins since losing to the Rams, but they have ridden out an injury crisis and things are looking up on that front. As long as the Bucs don’t expect things to be as easy as when they faced a Bears offense bearing gifts last week, Tampa Bay looks the side to take.

The Saints are 2-4 O/U on the season and 3 of Tampa Bay’s last 4 games have gone under, but it wouldn’t be a surprise if the final total for this game begins with a 5 or higher. The Bucs are 4-3 O/U on the season and most of their failures to reach the mark have been due to the lack of contributions from their opponents, such as Chicago who managed 3 points last week. The only time the Bucs scored fewer than 24 points this season was when Brady strangely fell under the spell of Bill Belichick in a 19-17 win at New England. The Saints should offer more offensively than Chicago did, even though they labored for much of their win in Seattle, and Tampa Bay has the weapons to put plenty of points on the board most weeks.

Former Buccaneer Jameis Winston is going to have to pass in this game whether the Saints win or lose because you just can’t run on the Buccaneers — even if you have Alvin Kamara. The Bucs rank No. 1 in rush defense, giving up just 67.4 yards per game, which is only just more than half the 120.5 rushing yards per game the Saints are used to recording. Winston has passed for 226, 279 and 222 yards in his last 3 games and, out of the Seattle rain and facing an injury-hit secondary, it would be a surprise if we don’t see more of an aerial assault from Sean Payton’s team than usual in this game.

Tampa Bay’s offensive injuries are clearing up and there’s a chance Rob Gronkowski can return tonight, but Antonio Brown has been ruled out (and Scottie Miller is still out) and that could mean more targets for Tyler Johnson. Johnson, acting as the Bucs’ third receiver behind Chris Godwin and Mike Evans, has had two bigger games (63 and 42 yards) and two no-shows (0 and 16 yards) in his last 4 games, but with Brady looking to test the depth of the Saints’ secondary, he may need only 1 or 2 grabs to get over this line. He has caught all 5 passes that have come his way in the last 2 games, so has hopefully earned the trust of his veteran quarterback.