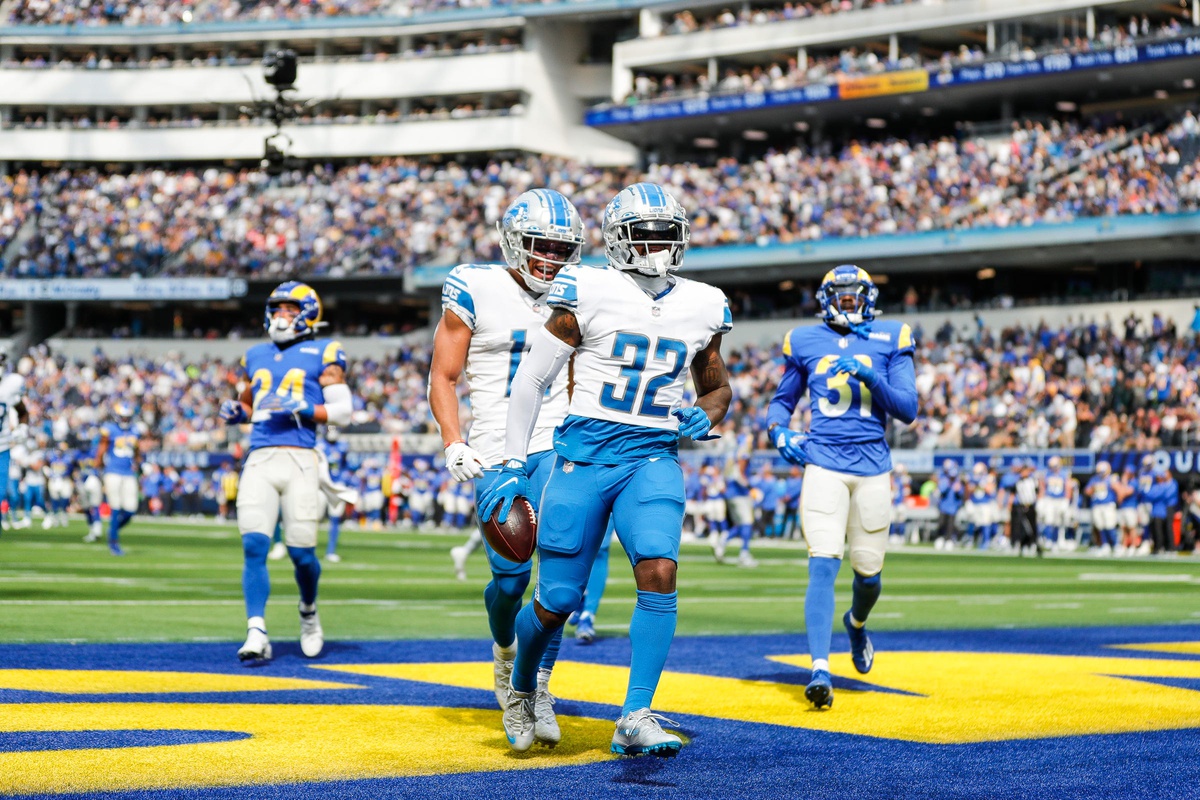 The Lions continue their search for a first win of the season when the Eagles come to town on Sunday off the back of a morale-boosting showing in LA. Detroit pushed the Rams hard but still came up short as they fell to 0-7 as their worst start since going 0-16 in 2008 continues.

At least the Lions went down in a blaze of glory in Week 7, unlike the Eagles as they turned in a bad showing against the Las Vegas Raiders to slump to 2-5. With the season getting away from Philly, it’s expected they’ll be busy in the run up to the trade deadline in shopping some of their veterans.

With neither side in a great place at the moment, predicting a winner isn’t straightforward but there’s an easy way around that with a juicy same-game parlay that returns +715…

If you want to want out full preview of Philadelphia Eagles v Detroit Lions then head here but for now, let’s break down each leg of our parlay.

You have to go all the way back to Week 1 for the last time the Lions broke the 20-point barrier and even after pulling out all the party tricks against the Rams, they still only managed 19 points.

Jared Goff continues to let down what is a limited offense, throwing eight touchdown passes to six interceptions this year, posting an average QB rating of 84.7, his lowest mark since his debut season.

The Lions defense is also talent-poor but is at least putting in the hard yards and has limited better offenses than the one they are going to face this Sunday, holding the Rams, Ravens and Vikings under 30 points.

The Lions last five games have gone under on the points line and this could follow suit with the under going 5-2 in the Eagles last seven games against teams with a losing record. Like Detroit, Philadelphia are working with limited options on offense and the injury to Miles Sanders leaves them leaning on rookies DeVonta Smith and Kenneth Gainwell. Rookies are inconsistent, while quarterback Jalen Hurts’ play has been erratic at times, making the Eagles tough to trust to put up a number big enough to push the total over.

The running backs could be the stars of the show on offense for both teams in the absence of a legitimate elite wide receiver with the Lions already heavily reliant on D’Andre Swift.

Swift is coming into the game off the back of a career day in terms of receiving yards against the Rams, racking up 96 through the air on eight receptions. One of those catches resulted in a 63-yard touchdown, Detroit’s longest score of the season and Swift’s second TD on the year.

Swift is by far Detroit’s biggest threat and could well get in the endzone again when facing an Eagles team that has a tough time stopping the run. Philly have given up eight touchdowns on the year to running backs, including allowing both Josh Jacobs and Kenyan Drake to get in the endzone for a bad Raiders run team last week.

Swift is really starting to make an impact in his second season in the league and it might not be long until we see Gainwell do something similar for the Eagles. With Miles Sanders facing multiple weeks out with an ankle injury, Gainwell figures to split time with Boston Scott in the Philadelphia backfield going forward.

While Scott will get the most carries, Gainwell is likely to be utilized more on passing downs, as demonstrated when being targeted eight times by Hurts last week. He caught four of those targets and racked up 41 yards but could better that total being utilized from the start

The Lions have given up 12 touchdowns to running backs this year and might fun it tricky keeping a lid on Gainwell.