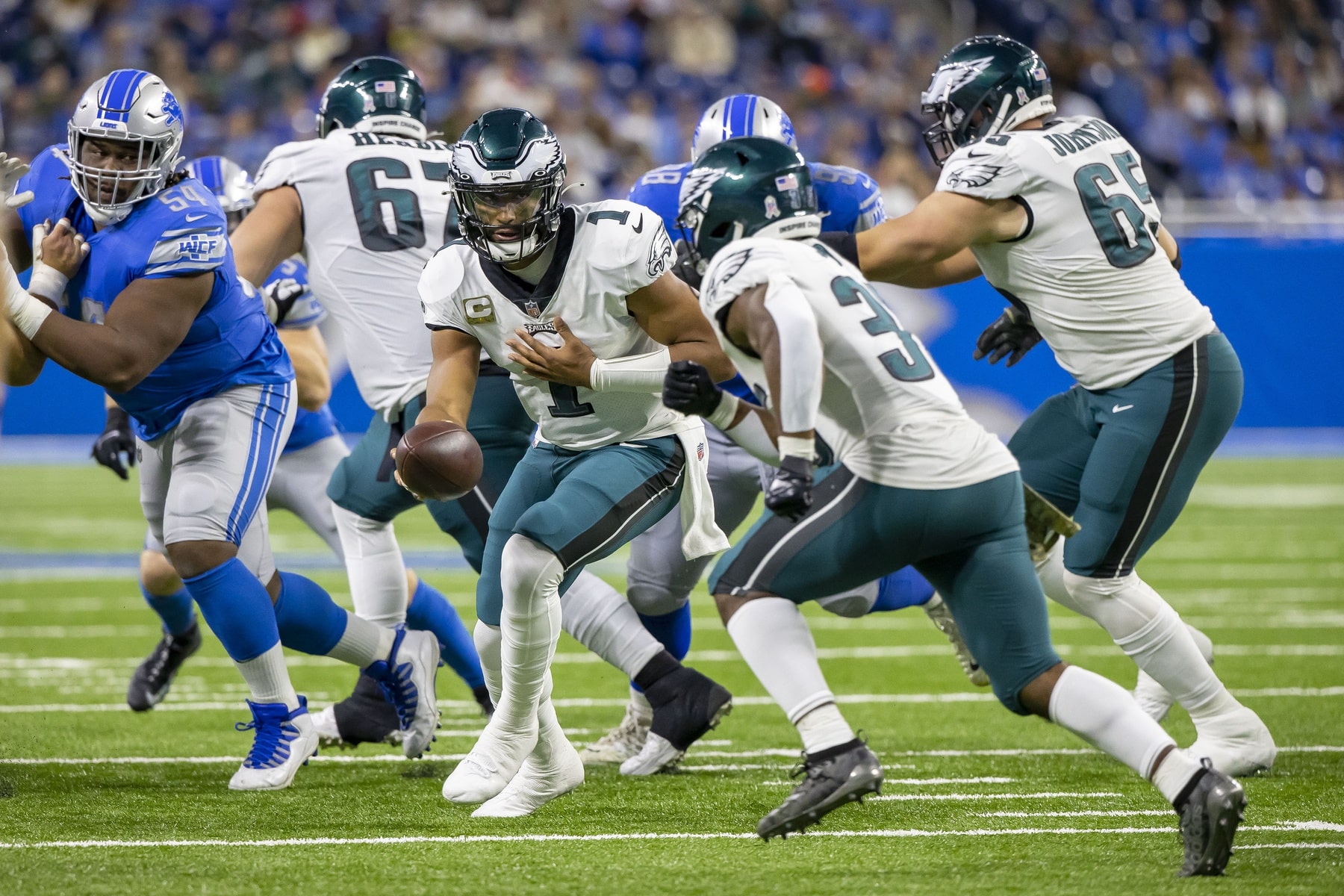 The Chargers head to Philly to take on the Eagles in a game that both teams really need to win. The momentum of the Los Angeles Chargers has seriously stalled in recent weeks, with a heavy loss to the Ravens and defeat to the Patriots causing them to fall out of favor in conversations about playoff contenders. Brandon Staley’s team desperately needs a win to get back in form, but in their way is an Eagles team that just crushed the Lions and has pushed some top teams close. They aren’t ready to give up on their hopes of a spot in the postseason just yet.

This should be an interesting matchup, and one way to add to the excitement is by betting a same game parlay. We have come up with a 3-legger that pays at over 13/1 with FanDuel Sportsbook.

Boston Scott to score a touchdown (+160)

The benefit of same game parlays is that you can add in some contradictory plays to really boost the odds, when in actuality they might not conflict too much. That’s the plan here, as I’m expecting a Chargers win in a relatively low-scoring game (but both teams can still score into the 20s). By throwing in Eagles running back Boston Scott to score a touchdown, the odds get a big jump when really I think all three legs have a great shot of happening. Let’s break it all down.

Chargers quarterback Justin Herbert had a tough time against the Patriots last week with just 18 completions from 35 attempts for 223 yards, 2 touchdowns and 2 interceptions. Although he is now dealing with a hand injury, he looks good to go against the Eagles and I believe he will bounce back and lead Los Angeles to victory. The Eagles defense has struggled to contain offenses at times. Granted, they just shut down the Lions, but that team is a disaster right now and books are beginning to overhype how good Philly actually is. They leaked 28 points or more in 4 of their 5 games before that Lions game and should have a tough time dealing with Keenan Allen and Mike Williams at wideout.

Philadelphia has pushed a few big teams close this season, including the Bucs and Chiefs, but ultimately they are still 3-5 and are in danger of being exposed as too much of a run-heavy team. Jalen Hurts completed just 9 passes last week against the Lions, which was fair and clearly worked, but in the two games prior he completed around 50% of his passes. That sort of game won’t cut it against the Chargers, and although Los Angeles has struggled against the run this season, expect head coach Brandon Staley to have his team well prepared for the Eagles’ rushers.

All things considered, I think this total is a touch too high. Although the Eagles have leaked points in the past few weeks, last week was proof that the defense can step up when it needs to as they allowed the Lions to put just 6 points on them. They allow the 10th-fewest passing yards per attempt and 7th-fewest rushing yards per carry, and it’s not like they’ve had an easy schedule, so clearly something is going right. While Justin Herbert and Austin Ekeler should give Philly all it can handle, expect the Eagles defense to have at least some success in pacifying the Chargers.

LA’s run defense has struggled significantly and must now go up against a very run-heavy team. However, Philly’s one-dimensional nature will work against them and Staley should come up with ways of stopping the Eagles, especially having had time to digest what happened against the Browns and Ravens. Further, the Chargers have allowed the second-fewest passing touchdowns (9), so don’t expect Hurts to have much success through the air, with DeVonta Smith likely to be well covered. Also, if the Eagles do focus on the run game again, then that means the clock will continue to run.

Boston Scott to score a touchdown (+160)

The play that really gives this SGP a boost is Scott scoring a TD, when really I think he is great value to find the end zone. Scott scored 2 touchdowns last week and 1 the previous week, so the Louisiana Tech product is clearly in hot form, and the Eagles are happy for Hurts to hand it off to him in the red zone. Further, the Chargers have allowed the most yards per carry in the NFL, so expect Eagles head coach Nick Sirianni to give his running back plenty of touches. At nearly 14/1, I think this same game parlay is great value.

Check out the rest of our NFL Week 9 same game parlays!