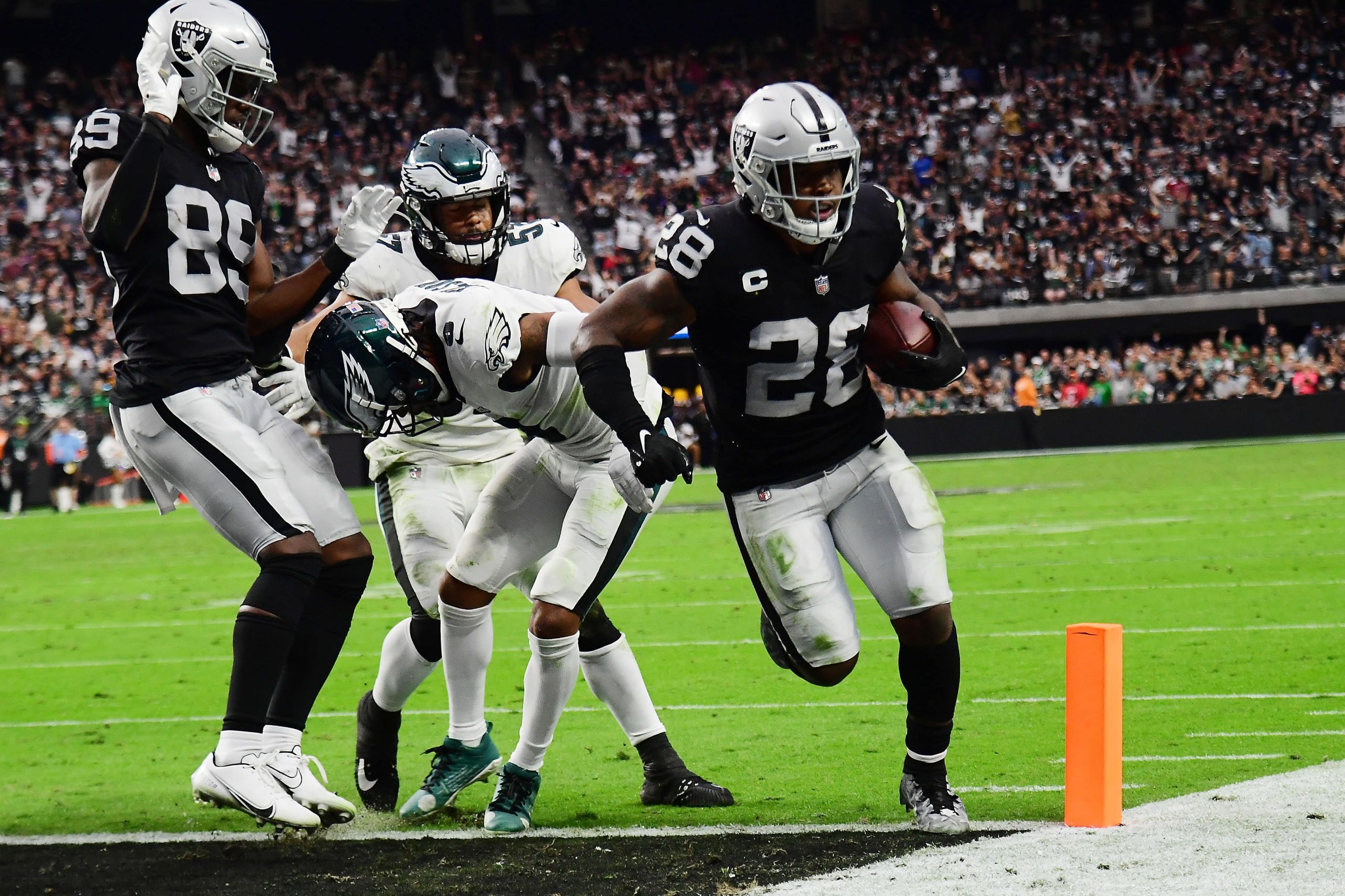 The Las Vegas Raiders lead the AFC West at 5-2 as NFL Week 9 arrives, while the New York Giants have a disappointing 2-6 record in the NFC East. We have put together a 4-leg same game parlay for their meeting at the MetLife Stadium on Sunday (1pm ET, CBS).

It’s been another difficult week for the Las Vegas Raiders following the tragic events involving their former wide receiver Henry Ruggs III, but they have coped with off-field adversity previously this season and reacted well.

Let’s take a look at the 4-leg same game parlay we have prepared for the game, and it pays +1394 odds with FanDuel Sportsbook.

It’s telling that the Raiders remain favorites to win on the road against the Giants despite the tragic off-field situation surrounding the team this week. The thoughts of everyone are with the victim of the crash involving Ruggs, which led the team to release the 2020 1st-round pick. This Raiders team has already shown it can focus on its main task in the wake of disruptive news, though. The Las Vegas players were stunned when head coach Jon Gruden resigned for off-field reasons last month, but they went out and won a tough divisional game on the road at Denver by 10 points just a few days later. Interim head coach Rich Bisaccia got his second win against Philadelphia in the following game to lift the team to a 5-2 record, and the lead in a strong division, going into their bye last week.

In contrast, the Giants are last in a weak division with a 2-6 record. They covered the spread, and could have won at Kansas City on Monday night, but that was a physical battle and they go into a short week against a team, for all its distractions, that should have much fresher legs. The Giants have failed to cover in 5 of their last 7 home games and in each of their last 5 at home to teams with a winning record. With offensive injuries continuing to hold back the Giants, take the Raiders to cover in New York. All of their 5 wins this season have come by 3 points or more, with 3 coming by a margin of at least 9.

Raiders running back Josh Jacobs has scored a TD in 4 of the 5 games he has started in an injury-hit season, and he is finally off the injury report entirely this week and as healthy as he has been all year.

That bodes well for him adding to his 5 rushing scores this season in New York. He got 2 in the overtime win over Baltimore and has failed to reach the endzone only in the loss to the Chargers. If the Raiders are going to win this game, they need to lean on Jacobs and trust him to punch it in near the goal-line.

Hunter Renfrow has been a large part of the Raiders offense even when Ruggs was involved and there’s no reason to think another couple of balls per game won’t be heading his way as the team adjusts to not having the former 1st-round pick.

Renfrow leads the team in receptions with 51, ahead of tight end Darren Waller, and has solid receiving yards totals this season of 70, 57, 77, 45, 56, 36, and 58 yards. Three of those are right around today’s line, with 2 well above and 2 are below, but with extra balls likely heading his way and the Giants’ defense not as good as most of the opponents the Raiders have faced, the Clemson product should have a decent day.

Adding a Giants player’s over helps the parlay odds, and the home team’s lead running back — with Saquon Barkley out again — should get his yards against a Raiders defense that has given up 131.3 rushing yards per game at 4.6 yards per attempt. Las Vegas can have an above-average day of run defense and still give up more than this to Booker, who did a solid job against the Chiefs with 60 rushing yards on 15 carries and an additional 65 on 5 catches.