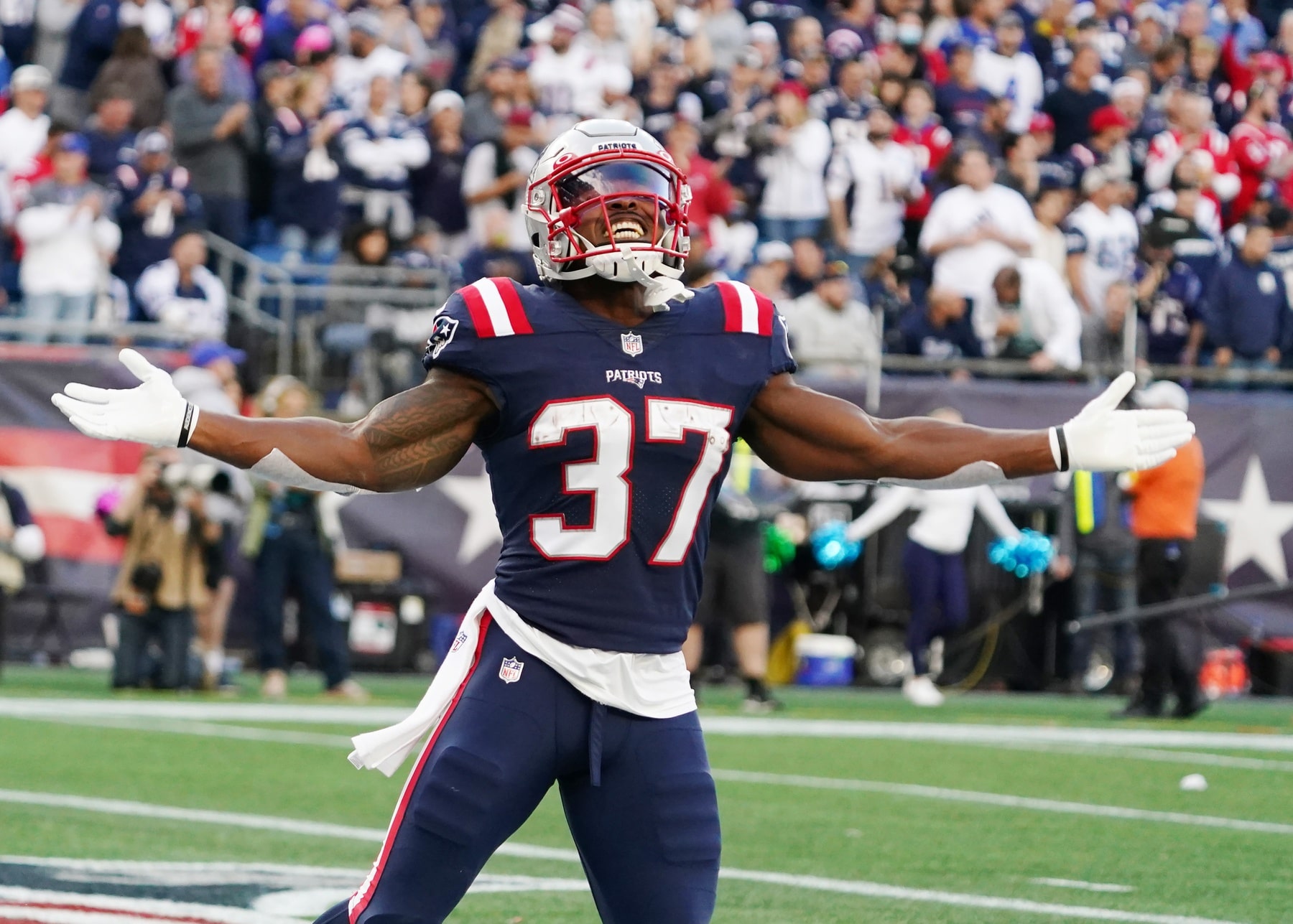 Two teams in the hunt for wild-card spots clash in Week 9 when the New England Patriots head to the Carolina Panthers. The Pats have won 2 in a row to get back to .500, making a statement when knocking off the Los Angeles Chargers on the road last time out.

Head coach Bill Belichick concocted the perfect gameplan to keep Bolts quarterback Justin Herbert quiet and has a history of doing something similar to Panthers QB Sam Darnold. The former Jet has floundered following a bright start to his Carolina career and the Panthers found a way to keep pounding in spite of their quarterback in Week 8.

A strong defensive display saw Carolina end a 4-game losing run as they beat the Falcons 19-13 to move to 4-4, moving into position for the last wild-card spot in the NFC in the process. Having got back to winning ways, can the Panthers build on that success or will the Pats continue to roll?

Ahead of this intriguing clash, check out our full preview of New England Patriots vs Carolina Panthers here, while below is our same game parlay for the Week 9 matchup.

The strength of both these teams is their defenses, which rank 8th and 11th respectively in total defense (DVOA). The Panthers unit even managed to go up a couple of notches last time out against Atlanta thanks to the return to action of Shaq Thompson and the introduction of Stephon Gilmore. Gilmore had a game-sealing interception on his debut for Carolina and will no doubt be desperate to impress against the team that traded him away.

It’s a good thing the defense played so well as the offense continues to struggle to move the ball. Darnold looked better against the Falcons when passing but still way below the level expected of him. If passed fit, he won’t enjoy a reunion with New England having thrown for 1 touchdown and 6 interceptions against the Pats when with the Jets. Carolina are moving away from Darnold, becoming a run-first team, one that accumulated a season-best 203 rushing yards against Atlanta. They’ll find it hard to do something similar against this Patriots team though with the visitors giving up 112.6 yards per game on the ground.

The Pats defensive line is playing at a high level and Matthew Judon and co could feast upon a Carolina offensive line that has given up the third-most pressures in the league. If New England can shut down the run then they’ll cut off the main supply line for Carolina’s offense, while the secondary is capable of keeping on top of a Panthers receiving core that’s proven ineffective outside of DJ Moore. With two top-rated defenses on show and the under 10-6 across the teams’ games combined this year, this looks a safe way to kick off the parlay.

The Panthers aren’t the only team intent on running the ball in this one with the Patriots having also been keen to keep it on the ground in recent weeks. Damien Harris has provided the tip of the spear for New England’s attack, stringing together 3 strong outings.

After going over 100 yards in back-to-back games, Harris ran for 80 yards in the Patriots’ Week 8 win over the LA Chargers to move up to 7th in the NFL’s rushing list on the year. Harris also got in the endzone for a 4th straight game as he took his tally for the season to 6 touchdowns.

Harris was New England’s main red zone threat by some distance against the Chargers, registering 9 targets, and can continue his TD streak when facing a Panthers team that’s given up 4 touchdowns to running backs on the year.

The Patriots are becoming a run-first team with their pass play percentage dropping to 50.75% in the last 3 games. That trio of outings have been New England’s best games of the year, so it seems unlikely they’ll move away from that plan, particularly against this excellent Panthers secondary.

Carolina are giving up the second-fewest passing yards per game on average and have since added Gilmore to the line up, meaning Mac Jones’ involvement in this one could be limited. Jones had a shaky start against the Chargers before recovering but still only completed 51.4% of his passes, his lowest completion rate of the year. Belichick has shown a lot of faith in Jones in his rookie season but it seems logical to take the game out of his hands this week given the Panthers secondary and New England’s ability to run the ball.