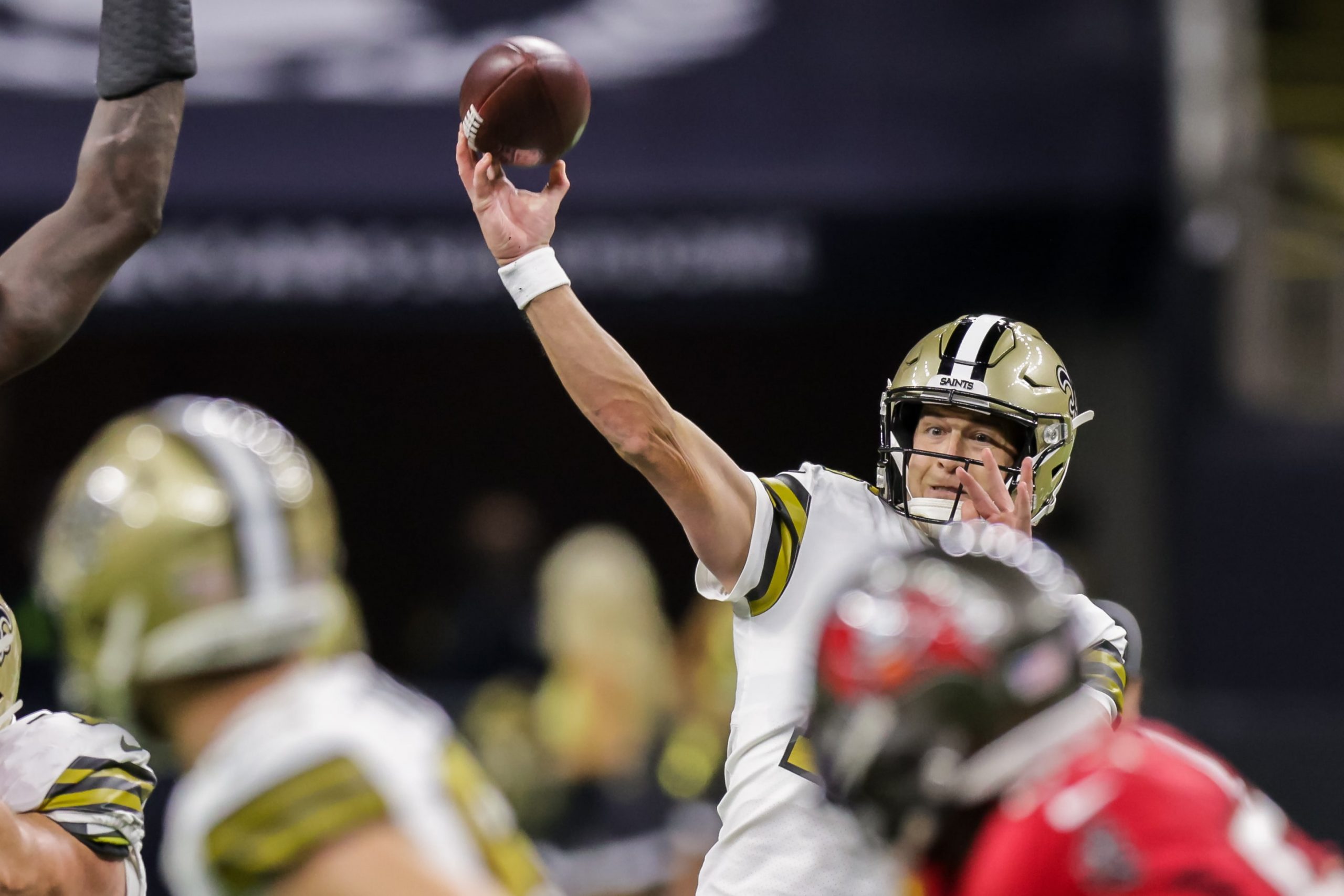 The 2021 NFL season has been great so far, and we have another exciting slate on Sunday for Week 9. Why not celebrate the fun by going for a big payday? That’s right; we’re back with another mega parlay, NFL edition. I’ve had a ton of success with these mega parlays, and even hit one at 74/1 in Week 13 last year.

Two weeks ago we came really close to hitting at 16/1, as we hit the Bengals at +230 and the Giants at +130, but we missed the final leg. We’re going big and bold again, so let’s not waste any more time. But before we dive in, don’t forget to check out our picks for the side and total on every NFL game.

I’m going with Houston to start this mega parlay. Getting just about any team at 2/1 against the Dolphins seems appealing. But this Texans team actually looked pretty solid when Tyrod Taylor was under center early in the year. They dominated the Jaguars in their opener, and then were playing a great game against the Browns as big underdogs before Taylor went down. Taylor is back from his hamstring injury now, and should be a massive upgrade over struggling rookie Davis Mills.

Miami is 1-7, and their only win came all the way back in Week 1 against the Patriots. They won by a single point, and only won because of a couple of poorly timed New England fumbles. They very easily could be 0-8. Miami’s top receiver DeVante Parker is out for this one again after hurting himself in Week 8. I see this game as a toss-up, so getting +200 is a steal.

There’s another money line underdog I like a lot for this parlay. I can’t imagine ever wanting to lay -270 with Trevor Siemian at quarterback, but that’s exactly what anyone backing the Saints this week would be doing. Siemian has started one game since the 2017 season, and in that game he only attempted six passes before getting hurt. Last week in relief he averaged only 5.5 yards per attempt against a really banged up Bucs secondary that wasn’t expecting him.

He also had an awful interception that got wiped out due to a lucky roughing the passer call. New Orleans’ offense already had a low floor and low ceiling with Jameis Winston under center, and now it’s about to take a big step back. With a total that’s very low, variance will be quite high. The Falcons lost last week, but right before that they’d won three of four. Atlanta has a very good chance to win outright.

To wrap this mega parlay up and hopefully bring us home, we’ve got the under for Sunday Night Football. A total in the mid 50s seems too high to me. The Titans will of course be playing without Derrick Henry, the engine of their offense. Teams usually have to stack the box to stop Henry, but now the Rams will be able to focus on the Titans’ passing attack. Jalen Ramsey will effectively neutralize A.J. Brown, and Julio Jones has been banged up and not that productive this season.

Los Angeles just traded for Von Miller, and they now have a truly stacked defensive front. On the flip side, the Titans’ defense has quietly been improving significantly. They’re finally getting a pass rush thanks to guys like Harold Landry, and they just held the Chiefs to only three points a couple weeks ago. Matthew Stafford also didn’t practice all week with a back injury.