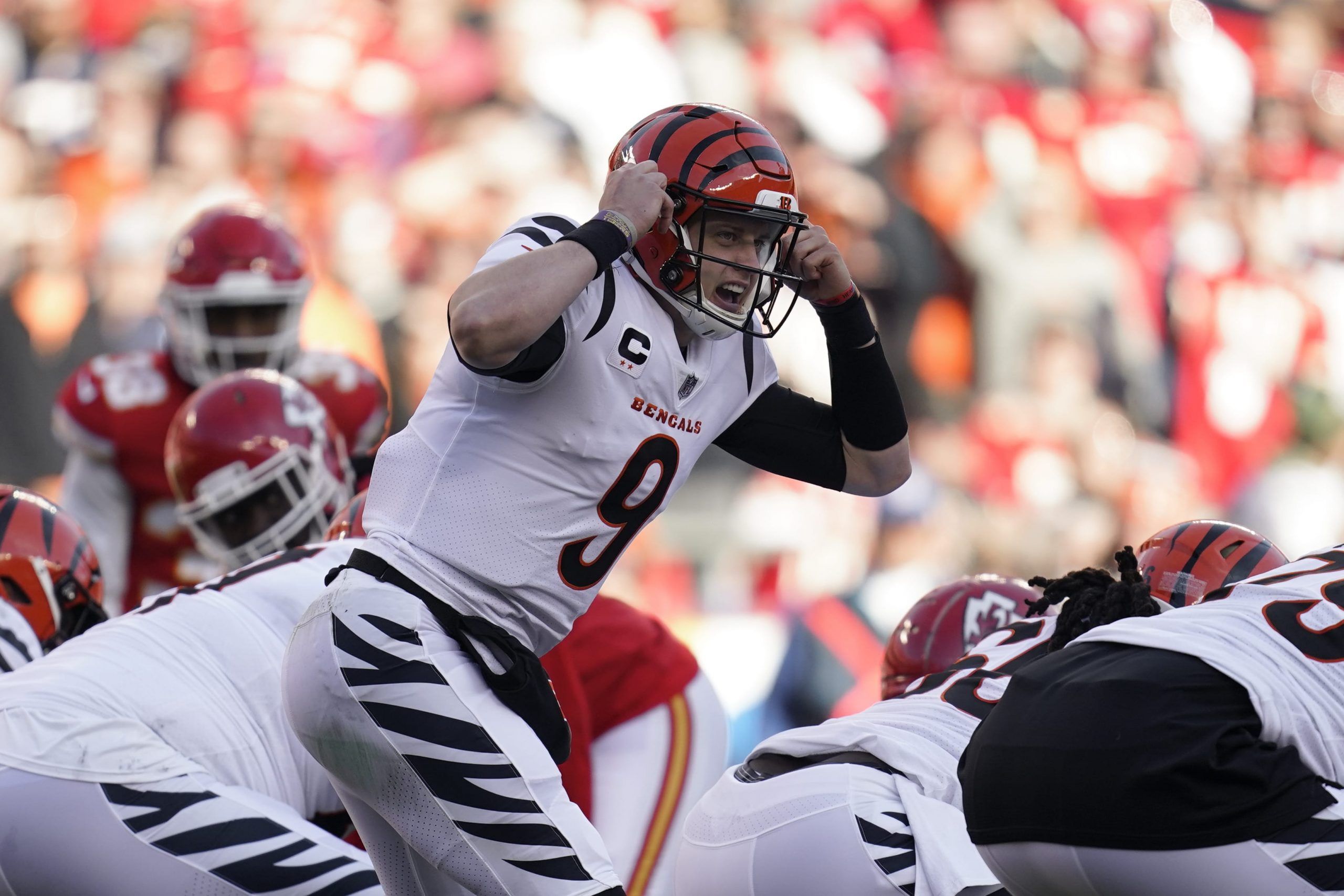 Jared Smith, a versatile host and analyst with over 10 years of experience in sports media and two decades as a sports bettor, has joined the Pickswise team as a lead betting analyst. Smith will serve as a full-time content creator, producing informative and engaging content every day across multiple platforms.
@JaredLeeSmith
Updated: 5:04 AM ET January 23, 2023

Championship Weekend of the NFL is approaching, so it’s time to look ahead to the opening betting lines, odds and spreads. Our lead betting analyst Jared Smith offers his initial insights into the lines and early betting takeaways. All odds are via the Westgate Superbook.

You can bet on all the NFL action with FanDuel Sportsbook, which has a great new customer offer where you can bet $5 and immediately get $150 in bonus bets! Click here to take advantage of this fantastic offer.

The early week movement in this game will be heavily impacted on the news cycle and health of Patrick Mahomes. If his ankle was 100% the likely opening line in this game would have been Chiefs -3, so it’s safe to assume the line will stay under that key number until at least next weekend when Mahomes is officially announced in. Translation, if you like the Bengals, don’t bet it yet because you might get a better number on gameday.

On the other hand, if you like the Chiefs, then you probably missed the best entry point, which was Kansas City at a pick’em when the market opened. Since then some early money has come in on the Chiefs, and I think the market will slowly drift in that direction throughout the week if the news on Mahomes’ ankle continues to trend positive.

I likely won’t be betting this game at all from a straight side perspective. I have Super Bowl futures on both the Chiefs and Bengals already in my back pocket and I’d be happy with either result, but slightly happier with Cincinnati. If you’re willing to play injury roulette and bet on Mahomes being a fast healer, then you will likely find some CLV betting Kansas City very early in the week.

This will be just the 3rd time in history and first since 1997 that both championship games will have a spread of under 3 points as parity has truly been the theme of this NFL season. There was some buzz last week that the Niners might open a small favorite here, but the Eagles strong performance on Saturday followed up by a slim Niners victory on Sunday flipped the number in Philly’s favor.

Regardless of who has the minus sign next to their name, this line will likely stay within a very narrow range this week as both teams seem to be pretty even in the ratings and both are relatively healthy. Jalen Hurts looked back to his mid-season form and it’s fair to say he is the more dynamic of the quarterbacks in this matchup. One of the big things I will be diving into this week is how the Niners defense has historically fared against mobile quarterbacks. The Giants didn’t provide much resistance on either side of the ball on Saturday night so this will be a big step up in class for both units.

Brock Purdy continues to play turnover free, but he will be in for another very difficult test this week against a fast and physical Eagles defense. San Fran had difficulties creating space on offense early in the game but eventually wore down the Cowboys with the run game on Sunday. I can see the running game being a big factor for both offenses, and I can see this total sinking towards the key number of 44.

All of the NFL playoff games are available to bet on at DraftKings Sportsbook, where new customers can bet $5 and get $200 if your team wins! Click this link to take advantage of this great offer.