Pickswise 2020 NFL Mock Draft: Round One 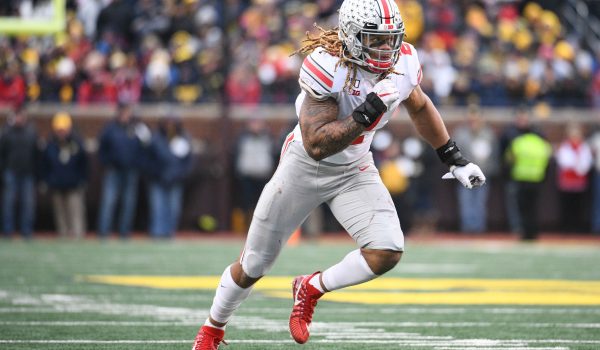 With the 2020 NFL Draft, a little more than two days away, here’s Pickswise mock draft for how teams will draft when Round 1 begins on April 23.

Burrow is a lock to be the No. 1 overall pick thanks to a brilliant senior campaign in which he won the Heisman Trophy and the National Championship.

Young is arguably the best available player in the entire class, and that is absolutely what the Redskins need, regardless of position.

Ohio State products will likely fly off the board early and often, and Okudah has the size and speed to be a star at the next level.

An offensive lineman is a possibility, but Simmons is the best player available here after turning in a stellar effort at the combine earlier this spring.

The Dolphins have been hailed as Tagovailoa’s likely landing spot for more than a year, and now they can get him at No. 5. Passing on him is too big of a risk.

Although the word on the street is that Miami could be leaning toward Herbert, the thought here is that Herbert will fall to the Chargers at No. 6.

The Panthers’ rebuilding process includes a clear picture of what they want to do on offense, so it’s time to address the defense in round one of the draft.

Wirfs delivered some draw-dropping workouts last month. Quarterback Kyler Murray needs more protection so he can run around like a wild man in the backfield.

Brown falling this far would be ideal, but it probably won’t happen. Kinlaw racked up six sacks last season despite seeing plenty of double-teams.

In a deep offensive line class, Cleveland will get at least someone it needs at No. 10. Wills and Wirfs are in a battle to be the first OT off the board.

Becton may have some substance-abuse questions, but his physical tools cannot be denied. He ran a 5.10 in the 40-yard dash while registering at 6’7’’ and 364 pounds.

Head coach Jon Gruden will want to get his new Las Vegas fanbase excited with the addition of a skill-position player. Lamb has emerged as the best receiver. 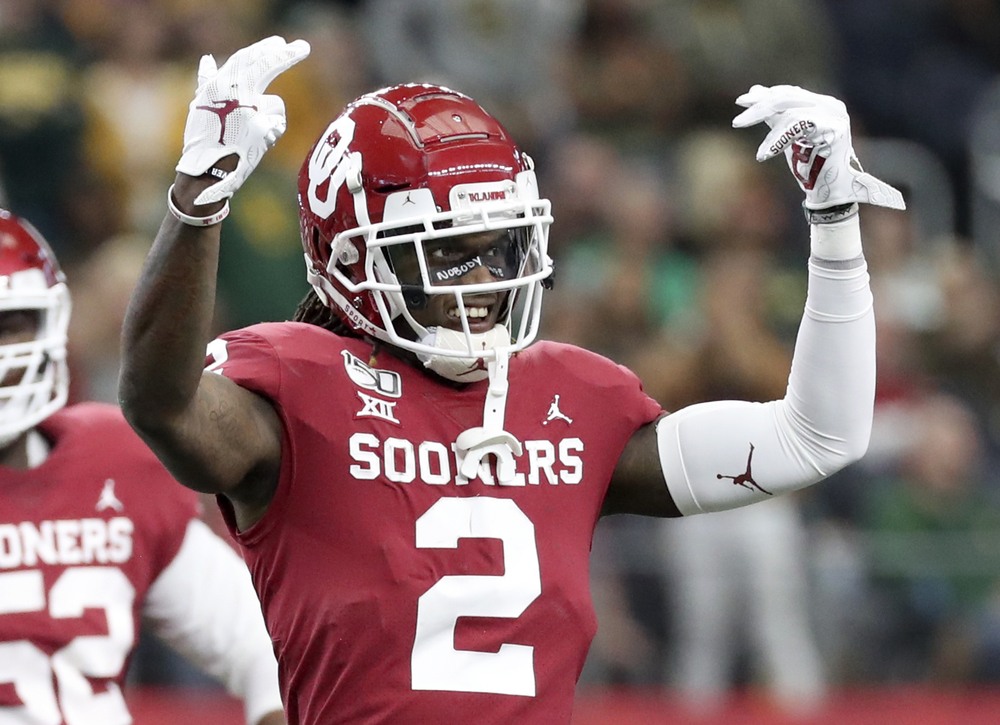 Will Lamb go ahead of the two Alabama standouts (Jeudy and Henry Ruggs III). Only time will tell, but any of them would be a good fit in San Francisco.

At least for two more seasons, the Buccaneers are no longer in the market for a quarterback after signing Tom Brady. Now the 42-year-old must be protected.

With the addition of Ruggs, quarterback Drew Lock would have an easier time impressing the front office. Of course, QB is also an option right here.

Atlanta signed Dante Fowler to a three-year contract, but help is still needed in the department of pass-rushing. Chaisson would get playing time immediately.

Dallas could go in several directions here—especially on the defensive side—but Henderson is the best player available, and cornerback is a need.

Miami’s haul of first-round picks is going to have a theme: offense, offense, and more offense. Jones or running back D’Andre Swift could be picked here.

After first going with a receiver at No. 12, it’s time to improve the defense. There should be plenty of CBs going off the board in the mid-to-late first round.

A cornerback is an option here, as the Jaguars own this pick stemming from their trade of Jalen Ramsey to the Rams. But Murray, who might not be available, would also work.

LSU products and wide receivers will be big stories in the first round. So, why not take a former LSU wide receiver if you’re the Eagles? 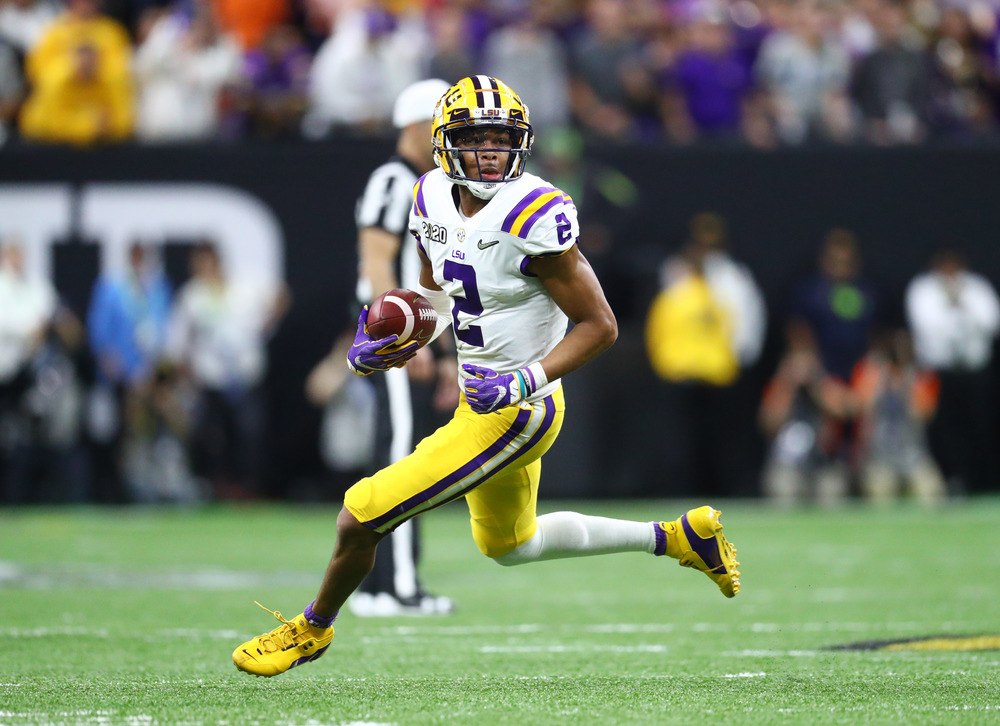 Not the sexiest of picks, but the Vikings also don’t have to make a sexy pick. One of their few obvious needs is on the offensive line.

Will the Patriots take to the draft to fill their first hole at quarterback in more than two decades? Maybe, but a safety is probably a more prudent way to go.

New Orleans is still in good hands with Drew Brees and once again doesn’t have much to do on offense. But the Saints are by no means kings on the defensive side of the ball.

Minnesota owns two first-round picks thanks to a trade with Buffalo. It’s time for this team to get younger—and better—at cornerback.

Swift would add another jolt to the offensive makeover in Miami. He will probably be the only running back selected in round one. 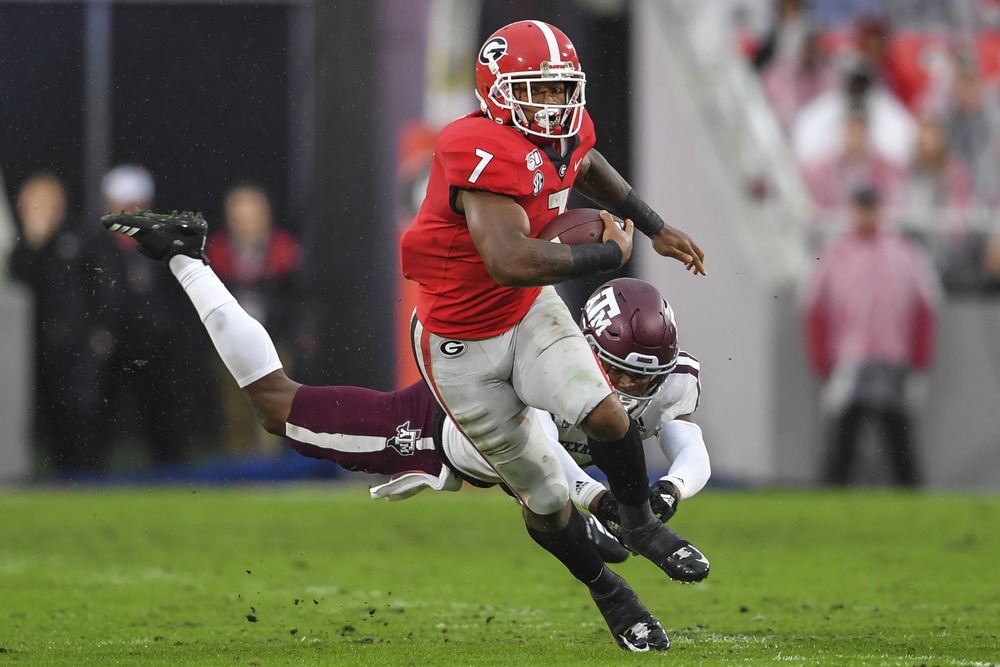 Don’t be surprised if a big run on edge rushers occurs late in the opening round. Seattle will be happy to get the party started.

If you want to win the AFC, you have to be strong up front and harass opponents’ backfields. Gross-Matos can do just that for Baltimore.

The Titans do two things well that helped them reach the AFC Championship last season: run the ball and stop the run. Their passing defense, however, needs work.

Look for Mims to wrap up the run on wide receivers in the first round. Green Bay does not want to waste the latter stages of Aaron Rodgers’ prime by refusing to give him help.

The rich are getting richer in the NFC, as the 49ers are proud owners of two first-round picks. There is a good chance they address the offense with each one.

Interestingly, both of the latest Super Bowl participants could improve in pass rushing and interior offensive line. If San Francisco goes with Baun, Kansas City could snag Ruiz.