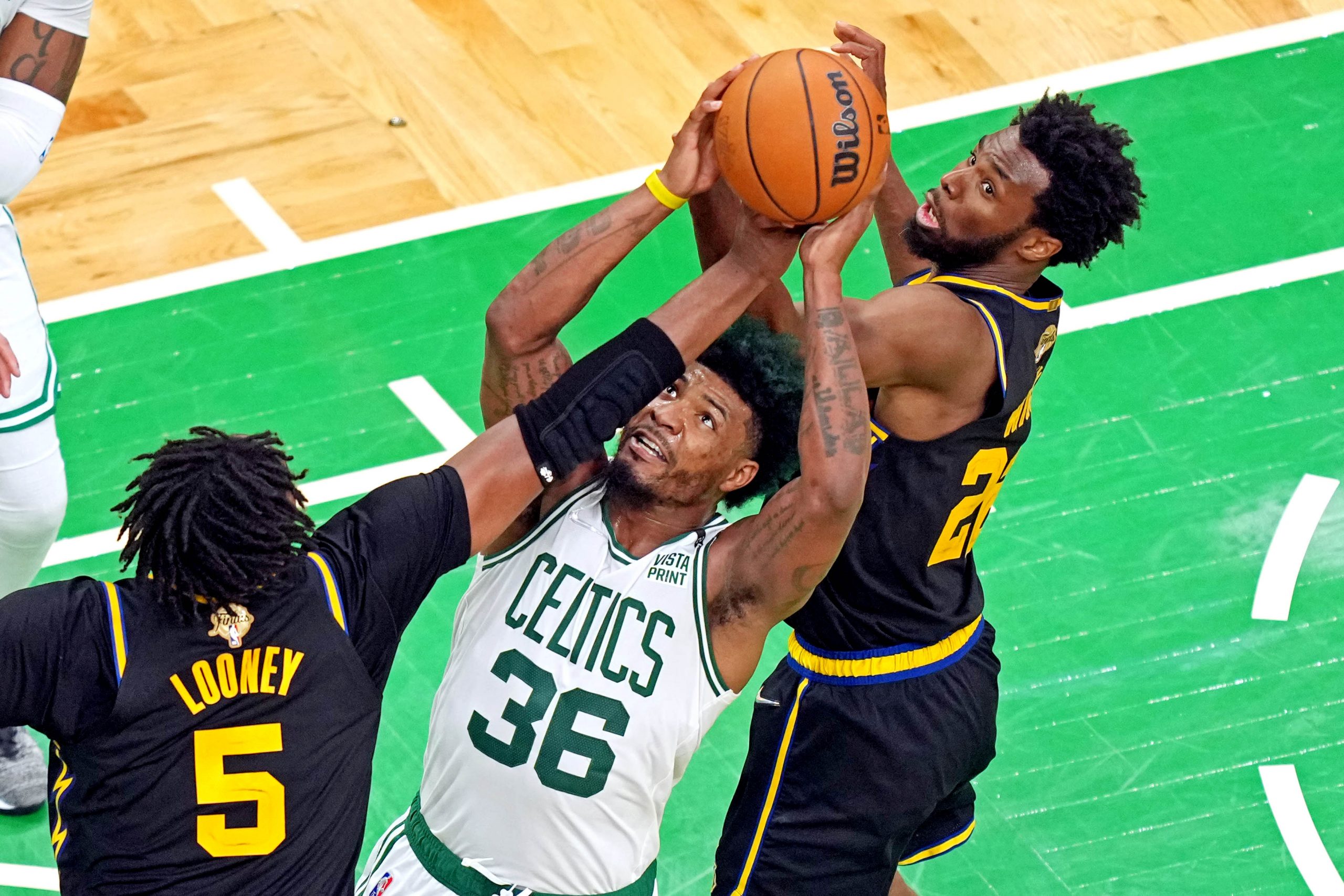 It’s all to play for in the NBA Finals after Golden State’s great comeback win on the road in Game 4. What was once a best-of-7 series is now a best-of-3 showdown with the teams tied at 2-2. The Warriors will have home-court advantage in Game 5 at Chase Center tonight (9:00 pm ET, ABC) and also in a potential Game 7. The Celtics opened the finals with a road victory in Game 1, becoming the first visitors to win there in these playoffs, and they will be hoping to upset the odds again with the Warriors made -3.5 favorites for this contest.

It’s a pivotal contest in the series, so we have asked the Pickswise NBA experts to provide their best bets for Game 5. Here are the best plays from some of the sharpest basketball minds around.

Andrew Wiggins has been become the x-factor this series. All eyes were on the big 3 of Stephen Curry, Klay Thompson and Draymond Green prior to the start of the Finals. Green and Thompson have been wildly disappointing, while Curry is playing himself into the Finals MVP if they win the series. Wiggins has been in attack mode when it comes to crashing the glass. He reeled in a career-high 16 rebounds and is averaging over 13 rebounding chances per game in the finals. This is a nice spot to buy low on his assists. The Warriors were able to convert only 2 of his 8 assist chances in Game 4. With how aggressive he is driving the basketball, the Warriors are bound to knock down shots. I have Wiggins projected at 7 rebounds and 3 assists tonight.

Green has had a rough NBA Finals so far. He is 6-for-26 from the field and hasn’t made a single three-pointer. While Green isn’t known for his scoring, the rest of his game has been lackluster, as well, and he has racked up more fouls than points in the series. Warriors head coach Steve Kerr had to pull him in the 4th quarter of Game 4, but he returned down the stretch. Green should put forth a better effort, but that may not translate to better shooting and more points for him.

I know that the Warriors haven’t got much from Green offensively over the past 2 games, but I have high hopes of him draining at least 1 three-pointer in the remaining games of the series. That could very well be Game 5, as the Celtics will surely focus a lot more on stopping Curry following his 43-point explosion in Game 4. That should leave a lot more room on offense for Thompson, Wiggins and Jordan Poole, but also for Green — who had double-digits points in 4 of the Celtics’ 5 games against Dallas. In the series against the Nuggets he drained 1 three-pointer in 4 games and against the Mavs he did so in 2 games, so it’s not like he has forgotten how to shoot. When slumps like this happen, it’s only a matter of time they end and when they do you get really decent odds.

Wiggins has been playing a hugely important role for the Golden State Warriors in defending the Boston Celtics’ superstar wings. It has seen his playing time surpass the 40-minute mark in each of the last 2 games and he could be in line for something similar tonight. That gives him more than enough time to record a block. He has managed 5 so far this series, averaging 1.3 per game. With Jayson Tatum and Jaylen Brown attacking the rim aggressively, there will be opportunities for Wiggins to contest these shots. With a fantastic vertical and 7’0” wingspan, the Warriors forward should be more than capable of sending at least one shot back.

A big question coming into this series was the health of Robert Williams. He had surgery for a torn meniscus in his left knee in late March and missed almost a month of the season. The Celtics center has missed games in the postseason and has been playing through pain. Williams logged 24 minutes in Game 1 and 14 in Game 2 against Golden State and it appeared he wouldn’t be a big factor. In Game 3 he played 26 minutes and had 8 points and 10 rebounds. With one day of rest, he played 31 minutes in Game 4 and had 7 points and 12 rebounds. That was the most he has played since March 13, when he played 35 minutes. An extra day of rest between Games 4 and 5 should help Williams even more and he has been a force on the boards. In the last 5 games Williams has played at least 25 minutes, he had points and rebounds totals of 19, 18, 13, 16 and 27. With the title at stake, expect Williams to get the minutes and produce.