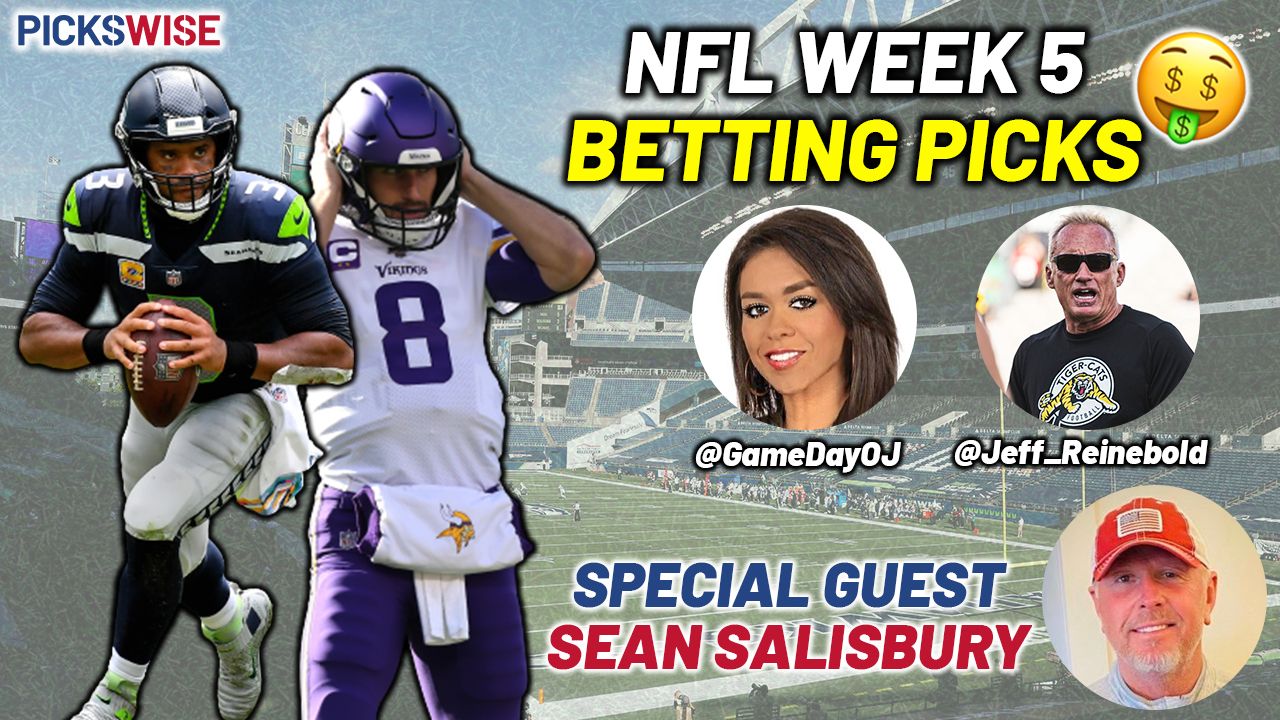 It’s Week 5 of the NFL season and we’re back with another episode of the Pickswise NFL Show, this time with special guest Sean Salisbury! Sean was not only a journeyman NFL quarterback in the 80s and 90s, but is a coveted football analyst having worked for ESPN.

He joins our NFL betting preview show this week hosted by Rachael Van Oranje from ESPN975 radio and Jeff Reinebold, a man with over 30 years of coaching experience and a sharp eye for betting picks.

The trio discusses Bill O’Brien’s departure as head coach of Houston and what it means for the Texans franchise, particularly with a game against AFC South rivals the Jacksonville Jaguars on Sunday. Also on the agenda is a look at their current MVP candidates and who they think will meet in the Super Bowl.

They also look at some of the biggest games of Week 5 in the NFL season, giving their expert insight while providing their best betting picks. Sunday Night Football sees Russell Wilson and the Seattle Seahawks looking to improve to 5-0 against the Minnesota Vikings.

Rachael and Jeff also discuss the Philadelphia Eagles’ clash with the unbeaten Pittsburgh Steelers, as well as an intriguing matchup between the Indianapolis Colts and Cleveland Browns.

Along with the NFL preview for the biggest games, Rachael and Jeff also provide us with their Pickswise parlay of the week as well as their underdog, a team they fancy to upset the odds, and Jeff was on the money last week after picking the Browns against the Cowboys.

As always, you can also read our expert previews for every matchup of Week 5 in the NFL.